Ex-Prisoners Tell NYC How to Spend Money – Next City 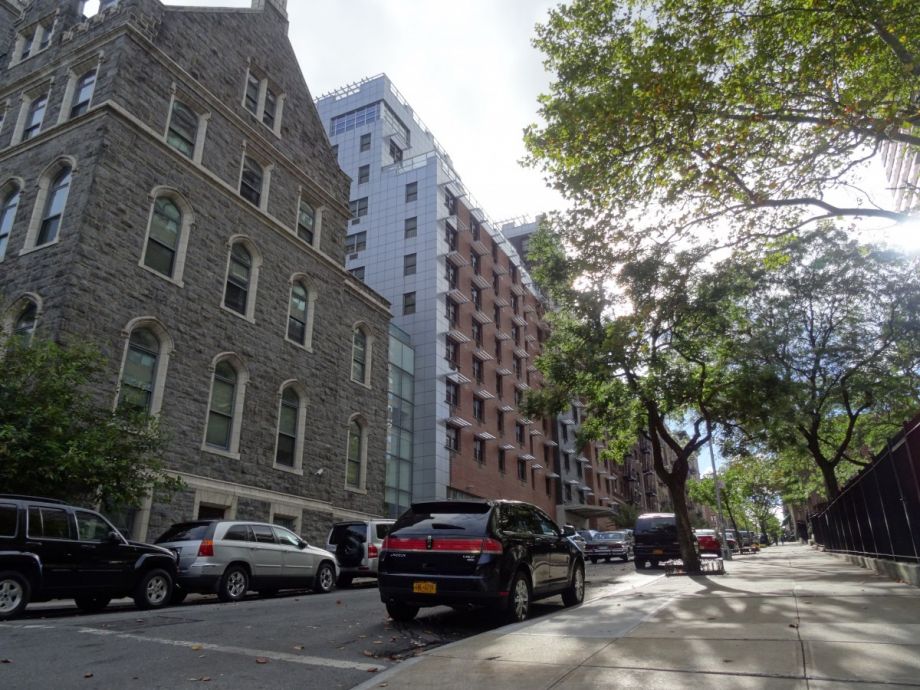 At 140th Street and Riverside Drive in West Harlem, things are mostly business as usual at one of the many budget assemblies going on in New York City recently. It’s the early “spitballing” stage of the city’s participatory budgeting, a process that a growing number of governments are using to ask citizens how they’d like to see public money spent. Some ideas proposed here bubble up in plenty of other neighborhoods too — free public WiFi, cellphone charging stations in parks. Some are a little more neighborhood specific — speed bumps on Riverside Drive, granite chessboard tables for the Broadway Malls.

And then there’s this: “How about fixing up Rikers Island?”

The suggestion elicits a deep, heartfelt chuckle from the room. It’s not a serious proposal, as the jail complex (which has made headlines recently with stories of inmate abuse) isn’t in this council district. But this particular budget assembly is taking place at The Castle, a residence for formerly incarcerated individuals.

“These voices are too often ignored when it comes to decision-making in our community and our city and in politics more broadly,” Council Member Mark Levine tells me. He represents the district where The Castle, run by the nonprofit Fortune Society, is home to 60 people transitioning back into society after time in prison. “These are not people with one-track minds. They are not thinking exclusively about questions related to criminal justice. They are thinking as much or more than anybody about what it takes to make the neighborhood more livable.”

Almost all Castle residents showed up at last night’s budget assembly, which took up part of the agenda at their weekly meeting. What they call “The House” started out a decade ago as just one property, a formerly abandoned gothic revival building with a view overlooking Riverside Drive and the Hudson River. Things went so well that the city supported the Fortune Society in purchasing the lot next door, where they built an entirely new building connected to the first, known as Castle Gardens, with 114 units of permanent supportive housing for ex-offenders, as well as some low-income families. The whole facility is located in a mixed-income neighborhood. (It’s also my neighborhood; I live five blocks away.)

Other ideas put forth during the budget assembly at The Castle included erecting a statue of David Rothenberg, the Broadway figure and LGBT activist who founded the Fortune Society in 1967. He routinely stops by and did so last night. The statue idea got a huge applause, as well as a “not sure that’s gonna last five years,” retort from one of the residents, in jest. All participatory budget ideas must last a minimum of five years, cost a minimum of $35,000, and be located on city-owned land.

Another stipulation for participatory budgeting projects is that they must be a capital spending item, bricks-and-mortar as it’s often described, not an expense. So a few ideas from The Castle residents, such as a program for senior citizens to train service animals, aren’t eligible.

The ideas also must clearly fall under the concern of a city agency, such as the parks or transportation departments or the public housing authority. So at many assemblies, including the one at The Castle, council office staff have to explain that making more subway stations accessible to passengers with disabilities doesn’t fall under the participatory budget purview because the Metropolitan Transportation Authority is actually a state agency.

Overall this year, thanks to Levine, Council Speaker Melissa Mark-Viverito and several other council members who support the citizen engagement, the participatory budgeting initiative has given NYC residents a chance to direct about $30 million in spending.

It’s only Levine’s second year in office. He and his staff facilitated the participatory budgeting process last year too, when they held their first targeted budget assembly for formerly incarcerated individuals, in partnership with the Fortune Society.

“We’re a part of that community, we make that community safe, we are invested in that community. We should have a voice. The participatory budget process allows that to happen,” says Stanley Richards, who’s the first former inmate to join the New York City Board of Corrections. He got out of prison in 1991, having earned his GED and a college degree while there. The Fortune Society quickly hired him as a counselor, and he worked his way up through the ranks. As Fortune Society’s senior vice president of programs, Richards now oversees work that, they estimate, helps participants avoid over 88,000 cumulative days in jail or prison annually — an estimated taxpayer cost savings of more than $8 million. That’s $22,000 a day.

More broadly, Richards adds, the Fortune Society has made a lot of strides in terms of ensuring formerly incarcerated people have the right to vote and the right to fully participate in the political process. “When people walk through our doors, we find out whether people are registered to vote. We let people know once they finish parole, they can vote,” he says. “For us, participating in the political process is about having access to full citizenship, both of New York and of the United States.”

Recently residents from The Castle and other Fortune Society clients (they serve about 5,000 former inmates annually in New York City) went to City Hall to share experiences in protest of newly proposed, more restrictive visitation rules in prisons.

“People get frustrated after a law passes. And we say that’s fine to be frustrated, but you have to be part of the process. If you think something different should happen you have to come and express your voice,” Richards says.

Richards also leads the weekly meetings at The Castle. He closes every one the same way, as he did last night, with a reminder that everyone present has something of value that someone else may need at any given moment. Perhaps the political process writ large may need it too.