Parks Can Be Beautiful and Save Water – Next City

Parks Can Be Beautiful and Save Water 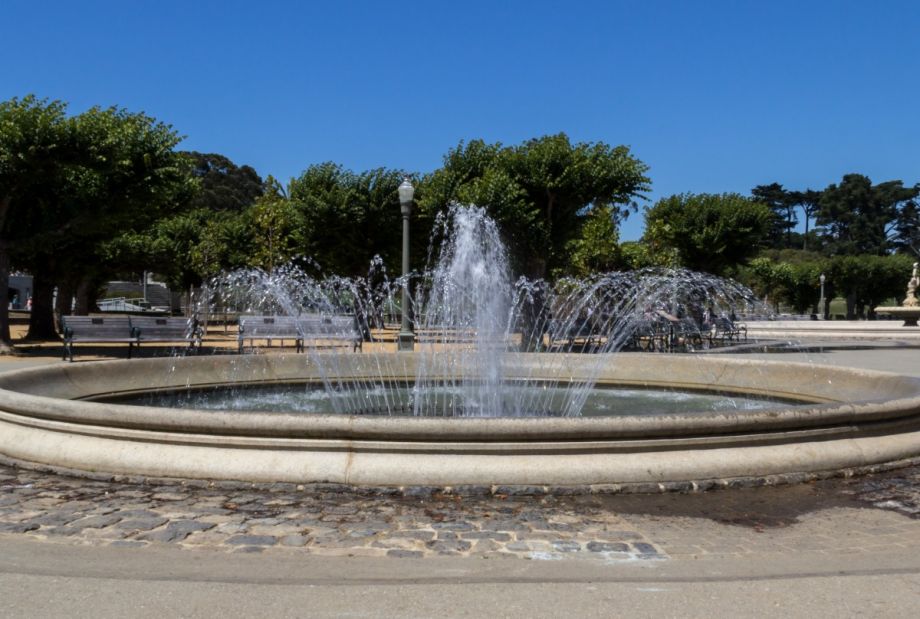 We expect our parks to be beautiful — and that often translates into “green.”

In both arid climates and regions like California, which is experiencing a record drought, park management officials are feeling the pressure to meet water conservation efforts while also providing safe, aesthetically pleasing spaces to the public.

“We don’t have front lawns or lush back yards,” said Ana M. Alvarez, superintendent of parks and open space at San Francisco’s Recreation and Park Department. “People utilize parks for their front lawns.”

In remote parklands, visitors miss snow on mountains. In cities, reduction of irrigation affects sports grounds. Decorative fountains sit dry. But according to Payan, an Arizona native who spent several years working at public parks in Tucson and Phoenix, history shows that this isn’t the last of the dry eras. He said we’d be wise to not only work toward conserving water now, but to plan for the future.

Though that might seem bleak, Payan’s work in the dry Southwestern region of the country makes him optimistic. He has no shortage of ideas on how to manage parks in arid climates. He pointed to turf-reduction programs like Las Vegas, Nevada’s “Cash for Grass” program, in which homeowners received cash rebates for replacing their green lawns with landscaping that doesn’t require a lot of watering.

Other solutions he offered include replacing planters with native, climate-appropriate plants, utilizing organic or inorganic mulch surfacing instead of turf, and installing water-saving, timed devices for irrigation. In Phoenix, Payan worked on a project that saw communities replace wasteful swimming pools with more shallow “splash parks” for family use.

“This wisdom is transferable to places that are not drought-stricken too,” Payan said.

Water Conservation Can and Does Bring Big Results

In the City of San Francisco, which has 21 microclimates, more than 220 parks, and 3,400 acres of recreation and open space, water management is complicated. Still, Ana Alvarez has seen major positive impacts with the city’s municipal footprint since 2008. Park officials shifted gears and began responding to the drought six years ago, when the mayor required a 10 percent reduction in citywide water use (increasing the 18 percent reduction that the parks department had already implemented).

In 2014, the parks department also implemented programs like “Water Free Wednesdays” in the city, cut back irrigation time by 10 percent, shut off all non-recirculating features in parks, and halted power-washing of hard-scape at facilities except where there were safety concerns.

Luckily, San Francisco, said Alvarez, already has a very strong environmental ethos so getting the public — and the parks department — to be water-conscious was easy. Still, the department also put a strong focus on a public education campaign dubbed “Brown Is the New Green.” The result so far has been an overall 22.6 percent reduction in water use.

Changing How We See Beauty in Public Parks

In Mia Lehrer’s home base of Los Angles, Mayor Eric Garcetti hopes to make a 20 percent dent in water use by 2017 and 50 percent by 2024. The Mayor’s requirements will be a challenge, but Lehrer pointed out, “Water is irreplaceable. We must change how we value it.”

While reducing water use can have an aesthetic impact, according to all the panelists, this isn’t necessarily a bad thing.

Lehrer said we should change how we think about beauty in our natural environments. Large institutions with abundant outdoor space “roll lawns out like carpet because they can’t think of anything else to do,” she said. One way to address this is to rethink spaces and utilize native, low-water plants for smart landscape design to replace existing lawns. Urban forests, water towers and catchment systems on buildings are other creative approaches.

Fittingly — as parks are about communities coming together — Lehrer said cooperation among city departments is key to meeting water conservation challenges. When transportation and utilities and recreation build alliances, they can work together on solutions. Now that’s a beautiful scene.