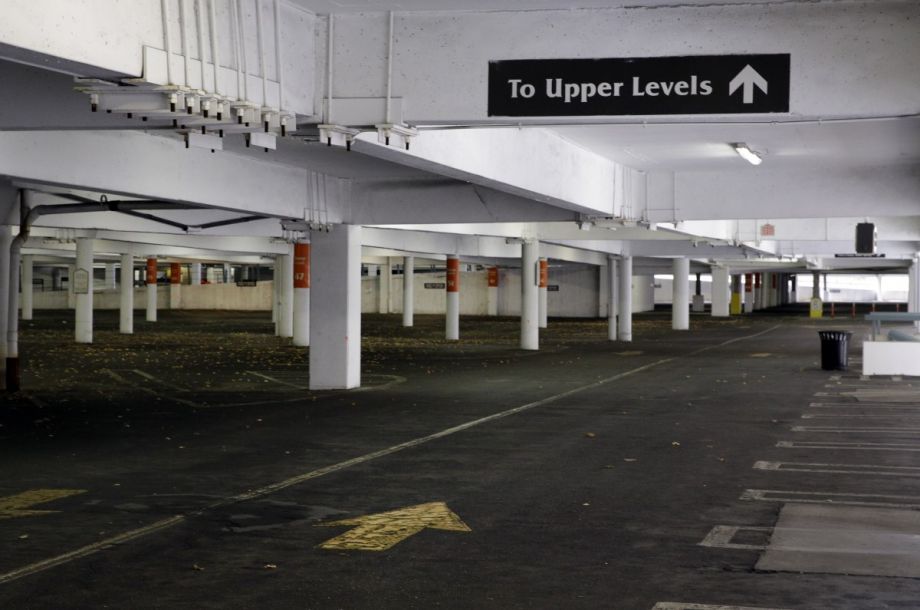 Whether an extra bedroom or empty seat in your car, unused space forms the backbone of the “sharing (for profit) economy.” But while certain home- and ride-shares spent 2014 making billions and trending so high on the SEO-meter that the term “Uber Fatigue” now exists, one area that seems built for this capitalistic repurposing is still surprisingly under-hyped: parking.

In many cities, parking lots — both residential and commercial — are the definition of underutilized space. As one database I’ve covered details, even the war-on-cars Bay Area is home to acres of asphalt with everyday vacancies. Of the 68 condo and apartment buildings studied for TransForm’s project, around 31 percent of parking spots were empty — an estimated value of $139 million in wasted construction costs.

And San Francisco isn’t alone. In his paper “The High Cost of Free Parking” (predecessor to a book of the same title), UCLA professor Donald Shoup shows that planners have historically based minimum parking requirements on suburban locations with little transit, and then, often, rounded up. Many zoning mandates, even in dense areas, are still built on the assumption of a two-car household — resulting in figures like those cited by TransForm.

In the language of startups, this is a system ripe for disruption. And for some companies, it’s also a system that could foster dozens of short-term, curbside rentals in the style of Airbnb.

One, Baltimore-based Parking Panda, recently made headlines for its partnership with Amtrak. Through an app, the company allows drivers to reserve parking in advance, contracting with both large garages and individuals — like those shown in TransForm’s research — with an empty space or driveway. It takes 20 percent of each transaction.

According to co-founder and CEO Nick Miller, parking is peer-to-peer’s obvious next frontier, it’s just been hiding in plain sight.

“Often you’ll drive around for 45 minutes when there’s someone’s driveway right there that you could pull into,” he says.

On the demand side, long-engrained behaviors pose a challenge for Parking Panda. Habitually, people expect to arrive at their destination and then park, another facet of a time when cars and sprawl reigned supreme. But on the supply side, Miller sees a number of cultural changes working in his company’s favor.

“When you look at cities like San Francisco, the cost of living is so high,” he says. “At the same time, culture is trending toward a desire to use resources more efficiently.”

In other words, those empty parking spaces that owners previously took for granted suddenly have value. Covering a similar shift for Slate several years ago, Matthew Yglesias wrote that while many of the demand-responsive pricing tactics inspired by Shoup’s book are good ideas, “they lack a natural constituency.” Meanwhile, car-owning residents can be powerful lobbyists for the free-and-underpriced status quo.

But apps like Parking Panda could tip the balance of parking politics.

“Suddenly those who already possess off-street parking have a monetizable commodity whose value only goes up when new development lacks parking,” Yglesias wrote. “It creates a constituency that benefits from parking scarcity.”

“The app world is filling in all the gaps in under-used assets and parking spaces are no exception,” says Ann Cheng with TransForm. Along with Parking Panda, she lists ParkatmyHouse and CARMAnation.

To Cheng, the emergence of these technologies speaks to a cultural trend away from cars. After all, she says, millennials’ transit preferences are officially mainstream; Target sells pillows with pretty bicycle prints while Audi and Mitsubishi use bikes to sell cars.

Despite the twee factor, she’s positive about the implications of these tools. In San Francisco, around 30 percent of congestion reportedly comes from drivers circling as they look for a place to stow their cars. Matching drivers with underused space could keep more expensive garages from being built, decrease emissions and provide extra income for those choosing not to own one cars.

Ideally, of course, some of that underutilized space would go to something other than parking. TransForm wants vacant asphalt for affordable housing and parks. But the outdated policies that keep cities building extra parking also need to change. And by adding value to empty spaces, apps like Parking Panda can help.