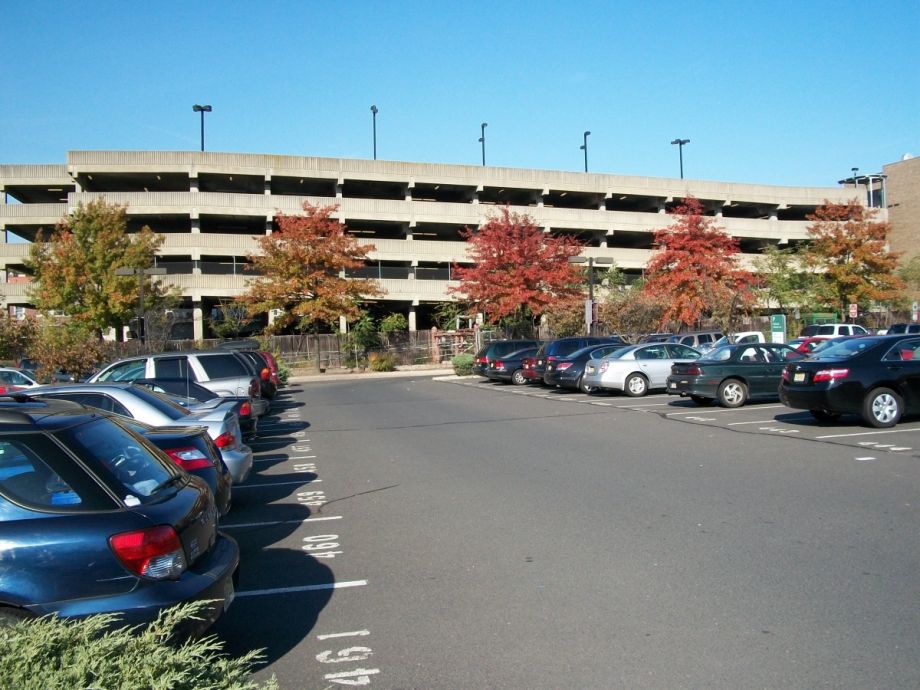 According to Stephen Danley, a public policy professor at Rutgers and a downtown Camden, New Jersey, resident, there are many things Camden is lacking: a bustling downtown, retail stores, grocery stores, jobs. One thing it’s not lacking: parking.

Yet that’s exactly what Camden’s Parking Authority is planning on adding more of in the coming year — and they plan on doing it by forcibly taking over a vacant office building on what some say is one of the city’s most promising corners for redevelopment.

While Camden’s use of eminent domain to create more parking in a place where there’s already plenty may seem odd, it’s not uncommon. There’s no way to know exactly why Camden has decided to add this new garage (the city would not comment for this story), but for decades, cities have operated under the assumption that they must compete with the free parking available at places like suburban shopping malls.

Yet evidence continues to mount that far from attracting more people to struggling downtowns, increased parking actually tears at the fabric of cities by taking up space that could be used more productively. Every well-placed parking lot could become a piece of transit-oriented residential development, a mixed-use space with retail or an entertainment venue.

Camden could get a boost with companies like Subaru and Lockheed Martin coming in, but the dead space that comes with more parking could stop revitalization in its tracks.

“It’s a story that keeps happening all over the country, and especially in cities like Camden that are really in bad condition,” says Norman Garrick, a professor of civil and environmental engineering at the University of Connecticut who has studied the economic effects of building parking spaces in cities. “You wonder how it can keep happening when there’s hardly anything left but parking. There’s nothing good about it.”

Few have argued that the building Camden is taking over is worth preserving, at least in its current form. It’s an eight-story piece of uninspired modern architecture that looks like a cheaply built I.M. Pei building that fell on hard times.

But some say Camden could be wasting a golden opportunity to do something else with the property — it sits right across from Camden’s train station, which connects the city with Philadelphia. It’s also right in the middle of the new business recently lured to the city with tax breaks — Subaru, Lockheed Martin, a nuclear parts manufacturer, a practice stadium for the Philadelphia 76ers.

Camden had originally offered the estate of Milton Rubin, which owns the vacant building, negative $200,000 for the privilege of taking it over. According to the Philadelphia Inquirer, the idea was that the cost of converting it would be more than the city would recoup through turning it into a parking garage. Rubin’s family took the city to court. A judge recently ruled the city could take it over, but has not yet decided how much the city would have to pay.

Whatever amount the city ends up paying, according to Garrick’s research, it might be doing itself a disservice.

He has studied how different small and mid-sized cities have implemented parking policy, and has found that since the 1960s, nearly every city has increased parking. But in the ‘80s, Garrick found, there was a split: Some cities (Berkeley and Cambridge for example) began limiting parking, others (like Hartford, Connecticut, Rochester, New York, and many other mid-sized cities) began adding more and more. Without fail, the latter group of cities is now doing worse, with population drops as high as 15 percent and median incomes falling by 20 to 30 percent, according to his research.

There’s evidence that cities are slowly shifting, according to Eran Ben-Joseph, the head of the department of urban studies and planning at MIT. Joseph points to several grassroots movements that have cropped up against lots and garages in cities in recent years.

In Newark, a city demographically and economically similar to Camden, residents recently won a fight against plans to build a lot right next to the city’s main transit hub after months of protests.

Madeline Ruiz, an architect at Studio for Urban Architecture & Design and a Newark resident, was one of the main organizers against the lot. She says she’s inspired by other cities near Newark — namely Harrison and Jersey City — which have begun developing buildings around public transit instead of parking.

“Those are also small cities that are struggling, and if you see them now, they’re making Newark look dated and lost,” Ruiz said. “They’re building huge developments around their train stations, and those neighborhoods are turning around literally overnight.”

Fighting against parking in Newark, as in Camden, is an uphill battle, Ruiz says. But she has hope: When she first started her campaign against parking, only a few people got on board. Now, every planning meeting is packed.

“These parking lots, they appear to be benign, but they’re far from that,” Ruiz said. “We still have a long way to go to get people to understand that.”

Peter Moskowitz is a writer based in Brooklyn who focuses on built and natural environments. He’s writing a book about gentrification.