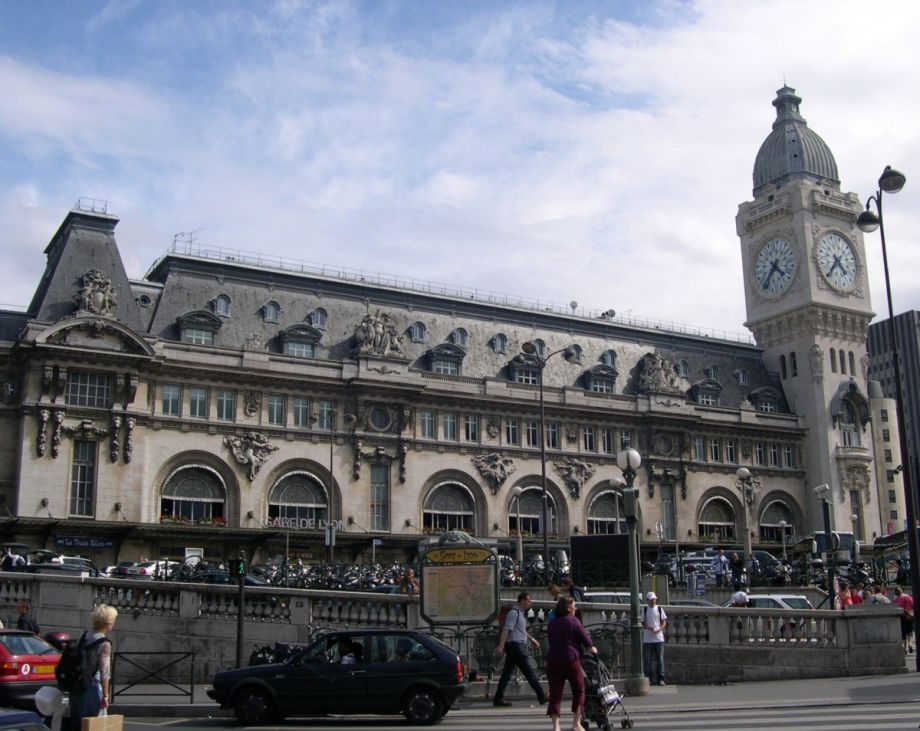 Two Uritrottoirs have been installed outside the Gare de Lyon. (Photo by AINo)

It’s a stinky urban problem known in Paris as “les pipis sauvages.” As The Guardian reports, it’s the “time-honoured if technically prohibited practice of urinating in the street.”

Now, however, the city has a sweet-smelling solution: the Uritrottoir, which is essentially a sidewalk urinal topped with a fragrant mini-garden. When nature calls, a Parisian may simply approach one of the large boxes with an opening in front and relieve themselves — with some lovely plants at eye level. Their urine will trickle into a bin full of dry straw, sawdust or wood chips. After a time, the mixture will be collected for compost, according to the Guardian.

“It’s a circular economy. We’re re-using two waste products, straw and urine, to make something that makes plants grow,” Laurent Lebot, who designed the Uritrottoir with colleague Victor Massip from the firm Faltazi, told the paper.

So far, only two of the pretty urinals have been installed as part of a trial run. Both are outside the Gare de Lyon railway station, a spot that sees more than its fair share of public urination. Each costs about 3,000 euros (about $3,200 U.S.). Three more are on trial in Nantes, France, the designers’ hometown.

They’re certainly a gentler public-pee solution than the one instituted in San Francisco in 2015. Following the lead of Hamburg, Germany, the city’s public works department coated nine walls with Ultra Ever-Dry, a paint that repels liquids, resulting in, yes, splashback.