What Happened When My Small-Town, 50-Something Parents Moved to the City – Next City

What Happened When My Small-Town, 50-Something Parents Moved to the City 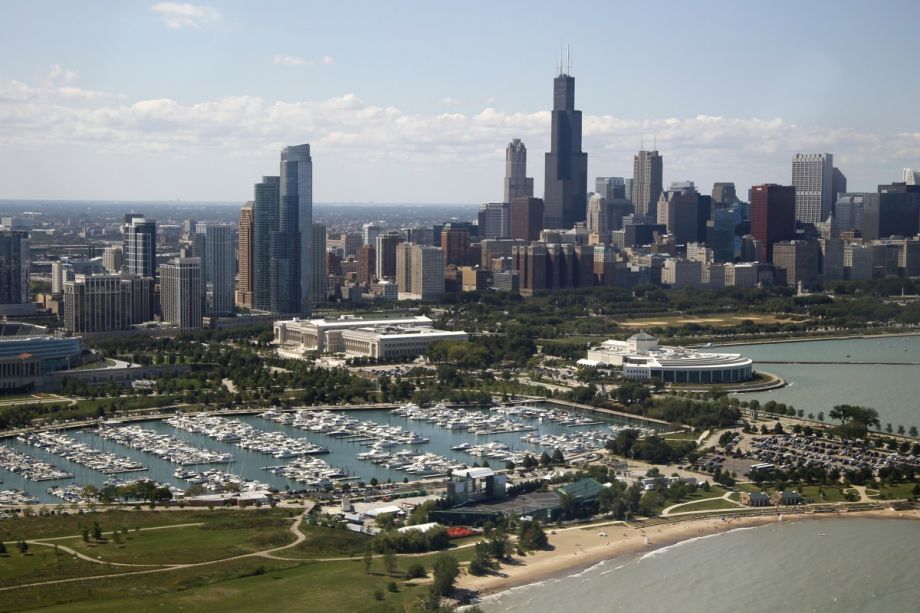 In the spring of 2007, when I was finishing college, my dad took a job in Chicago. Michigan’s slowly cratering economy had forced him to close his small business, decamp from the small town where I grew up, and look to the cold streets of the Windy City for work.

As I was preparing for a move to New York in August that year, my parents (ages 52 and 53 then) and I were going through the same ordeal: packing up belongings, looking for an apartment. Then suddenly, they were empty-nesters in the city — my sister was away at college — working 60 to 70 hours a week like young bankers. As Next City’s Forefront story this week, “The All-Ages City,” explores, cities aren’t just carnivals for hungry twentysomethings looking for opportunity anymore.

My parents, who had spent much of their adult life in relatively rural and exurban landscapes, adapted quickly.

“There absolutely is more opportunity here. At the time there was nothing in Michigan,” my dad, who is also named Bill, told me. “The pay in Chicago was two to three times as much as it was in Michigan. Chicago was just more of an upbeat business professional type of town. I could have moved back to the Detroit area, but that’s more of a manufacturing town. And I work in IT.”

My mom quickly studied up to get her court reporting license transferred to the state of Illinois, where she had never worked. And when I came “home” for Thanksgiving that year, my parents were living in an apartment in Old Town, where my friends from high school and college took advantage of their cable for Detroit Red Wings games (and the martinis my dad served during them).

My mom mastered the express bus system to her office downtown and the courts throughout the city’s loop, lugging her heavy equipment in a rolling suitcase. My parents are both health nuts, so they joined the gym around the corner. There was something novel (and healthy!) about being able to walk two blocks to the gym instead of driving. And the food! My god, the food. Marooned for years in northern Michigan, they made their way to every corner of the city — from BBQ on the South Side to fancy taco joints in Wicker Park — devouring Chicago’s excellent grub.

The one thing they enjoy most in Chicago — just like the rest of us city-dwellers — are the amenities. My dad is singularly obsessed with the farmers’ market, which he walks to with his old-lady cart twice a week. And the bakery down the street reminds him of his adolescence growing up on Detroit’s East Side, where he could grab fresh bread from an Italian bakery around the corner. “Everything we need is right here,” he said.

Economists, for whatever it’s worth, agree. “Of course the amenities are tremendous,” Gary Burtless, a senior fellow in economics at the Brookings Institution, says. “Maybe after years in the exurbs or a small town you get tired of it. To be able to walk to three or four restaurants and two or three basic amenities like grocery stores instead of having to get in your car all the time. Well, that sounds pretty good to people.”

The transition wasn’t totally seamless, though. Our cat fell off the eighth-story balcony, for starters. (She’s still alive!) And while my folks assimilated to city life smoother than a kid from the heartland moving to Manhattan, there was one problem: They had no friends. “We have a social life,” my dad joked. “But it’s just us. We really didn’t know that many people at all.”

It didn’t help that their neighborhood is populated mostly by young professionals. “You go to the gym or the bar, and everybody there is in their 20s,” he said. “They’re not antisocial, but they’re not going to say, ‘Hey old man! You want to go out for a beer?’” Turns out they met all their friends back home through me and my sister. “We didn’t meet anybody in our neighborhood because not having kids you’re not involved with your neighbors as much,” he said.

Which is perfectly fine. They’ve adjusted. They walk everywhere. They bike along the hectic Lakeshore Path. And though their grand experiment will eventually end — the plan is to return to Michigan at some point — my parents are city-dwellers for now. They moved to a city out of necessity and, just like most newcomers eventually do, have quickly blended in; they’re just another couple riding the CTA.