Hyperconnected Megacities Are Changing the World Map – Next City 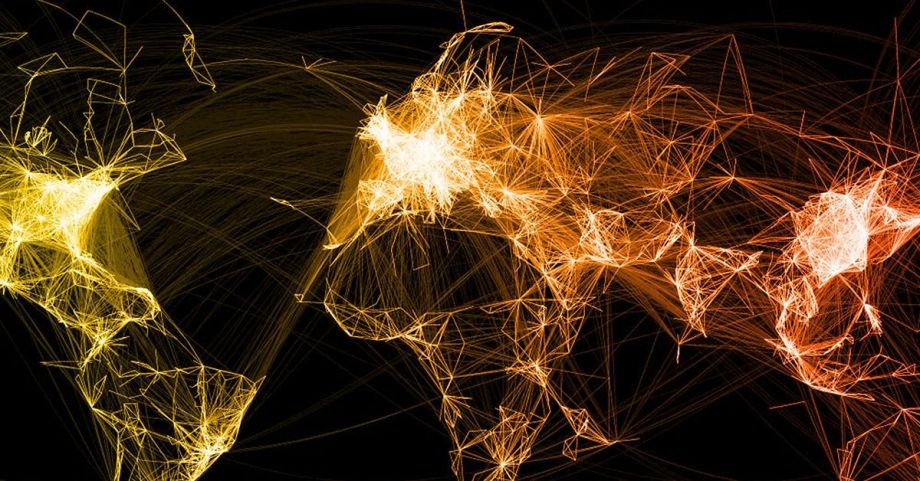 Parag Khanna is an international relations expert, world traveler and CNN global contributor. I recently spoke with him about his new book, Connectography: Mapping the Future of Global Civilization, which claims that we’re moving toward a world where megacities, supply chains and connective technologies redraw the map away from states and borders. We dive into why infrastructure trumps military, a better way to map the U.S., how hyperconnected cities are rising to the top and more.

What inspired you to write Connectography?
This book is 25 years in the making. It started with my own political awakening when the Berlin Wall fell. The other reference point I use is my first undergraduate course in geopolitical theory in 1996. Since then, I’ve been obsessed with it. This entire trilogy is a response to a single class I took my sophomore year in college. Geopolitics is the relationship between power and space. This book is about the utility of connectivity as a way of expanding power.

I like your statement, “We are moving into an era where cities will matter more than states and supply chains will be a more important source of power than militaries — whose main purpose will be to protect supply chains rather than borders.” (p. 6) What cities today matter more than states, and why?
Throughout ancient history, cities have outlasted the empires that governed them. Egypt is a failed state, but Cairo is an ancient city. How many masters has Istanbul had (under different names)? But the other way to answer this question is through a thought experiment in which we ask: Are there any great countries that do not contain a great city? The answer is no. In fact you cannot imagine any stable state without a stable city. We talk about state-building when we should be talking about city-building. Cities are the oldest continuous form, and yet we focus on institutions rather than on this foundation of society. Cities represent an ever-increasing share of the economic value of a state. Thus it’s not about a duality or opposition between city and state. It’s about harnessing the resources of the city to also strengthen the state.

You talk a lot about the rise of special economic zones, calling them local anchors and global nodes. (p. 26) Which SEZs are the most noteworthy and what lessons can we take from them?
We’ve only had these zones in the modern sense since after WWII, and there were just a half dozen of them through the 1950s. Shenzhen was established as China’s first SEZ in 1979. Today we have about 4,000. It is the most rapidly spreading urban form, and the seed by which strategic urbanization takes place. Dubai is a place that people observe as having grown so spectacularly, and it now has about 140 of these zones. Corpus Christi, as the first free trade zone in the U.S., is becoming a real economic growth spot in Texas.

You observe that “A new American map is emerging, one defined by functional gravities of commerce and talent rather than nominal state lines.” (p. 120) As evidence, you cite Joel Kotkin’s point that America resembles seven distinct nations clustered around cities, and three quasi-independent city-states of Los Angeles, Miami and New York. And, you note that “Hillary Clinton has called for a ‘flexible federalism’ that ‘empowers and connects communities.’” (p.121) How can greater connectivity improve how America works?
The 50-state model is anachronistic when you look at both economics and the political system it’s grafted on. City-states would not just be a benefit to urban regions, but especially to disconnected rural regions. The energy production of the Great Plains could better reach the coast with improved infrastructure. The food production of the Midwest could better reach the Great Lakes, and so on. It’s not about cities dominating, it’s the pathway to a more equitable and competitive America.

You define “competitive connectivity” as “The most connected power wins.” (p. 172) Based on your experiences, which city or nation is the most connected, and how are they winning?
Being the most connected, to some degree, also means being more dependent. We are all increasingly interdependent, so it’s about having the greatest leverage in a connected system. It depends which category you’re talking about. The U.S. is no longer energy dependent; we export fuel to China. But then again, much of our manufacturing supply chain has been relocated there, so in that way they have leverage over us. It cuts in multiple directions. I focus a lot on China in the book, because they are really building infrastructure amongst their neighbors to reorganize their country’s geography around the supply chains that suit them. From a long-term vantage point though, everyone reaps the benefits of connectivity and globalization.

You say, “The most significant geopolitical interventions will prove to be not military but infrastructural.” (p. 241) What infrastructure investments should America make in the 21st century to advance geopolitical interests?
In a world of cross-border connectivity, it may seem like we are occupying territory for the territory, but we’re actually doing it for the infrastructural assets. In the North American context, if you think about Canada and Mexico’s resources, the U.S. should really be more focused on connecting with Canada’s energy and water, and Mexico’s markets, and becoming a truly continental superpower.

Connectography devotes a major section on Dubai, which you call “Home to the World.” (p.259) You say, “Dubai represents the vanguard of a new type of global city” with “stateless cosmopolitanism and seamless global connectivity. … Dubai demonstrates how world-class infrastructure makes the difference between a convenient crossroads and a global hub.” (p. 263) Having recently been to Dubai, I can concur, but wonder if infrastructure alone can overcome the societal situation you recognize where non-citizens have no inalienable rights?
The importing of foreign labor is the backbone of Dubai’s construction as a global hub. The ruling families of the Emirates need to give thought as to how they want to incentivize loyalty from a 90 percent foreign population. In order to do that, they have to offer a greater degree of permanent residency to immigrants who are committed to living there. I’ve recommended they use the Singapore style model that allows for permanent residency, and I think it’s gradually emerging in a number of ways. Foreign populations are finding ways to express their views. Starting from feudal society and tribal monarchy, it will take time to evolve. 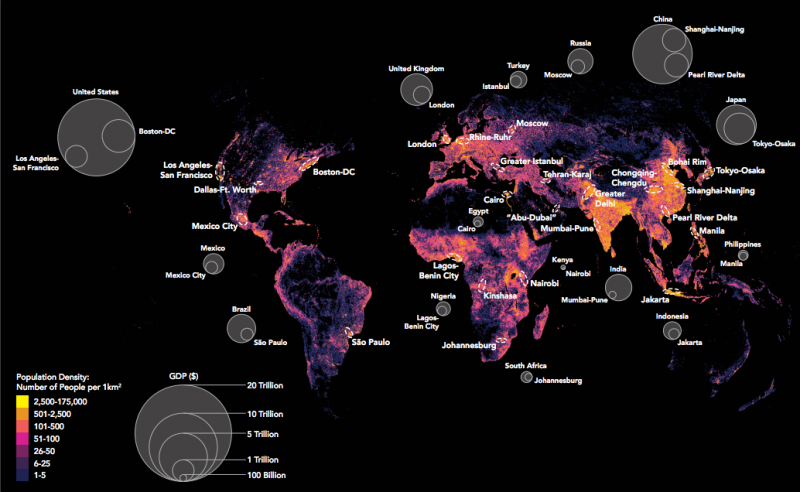 You found that “ … the divide between the 1 percent and the 99 percent is a false one.” (p.315) Why?
It rests on a very simplistic understanding of the full accounting of commercial activity in the U.S. — the notion that the 1 percent live in bubbles, and none of what they spend or create has any impact on the rest of the country. In places like Silicon Valley, there’s a 1-4 ratio in terms of high-end tech jobs and resulting service jobs that are created. Were it not for private sector investment in Silicon Valley, you wouldn’t have the millions of other jobs that emerged. We need a more holistic understanding of how the 1 percent function as employers, investors and consumers in a transactional economy.

In the chapter, “The Great Dilution,” you state, “For most cities, it is too late to prevent ethnic ghettos, but it is not too late for pragmatic mayors to promote place-based rights rather than identity politics.” (p. 353) What mayors and place-based rights would you cite as noteworthy?
I’m inspired by the work of Ben Barber and Daniel Dell. All the great global cities in history have been pluralist, tolerant places. Whether you go back to Athens or Amsterdam, every one of the cities we consider to be a great global hub, with the exception of homogenous Tokyo, are all places of high foreign-born populations. The more we become a world of ethnically diverse, tolerant cities, the more other cities will view that as a criterion for greatness.

You conclude the book with a statement the great American baseball philosopher Yogi Berra would have loved: “The future always comes faster than we expect.” (p.382) Your prescription is for more connections and less borders. If Donald Trump asked for your advice, what would you say?
Anyone interested in a more competitive America, should want a more connected America. There is no arena of life in which greater connectivity does not benefit America as a whole. Even if you lose 2 million jobs, or 10 million jobs, connectivity is a reason why we can create millions more in technology and other areas. When it comes to trade, the cost of access to markets goes down as a result of broadening connectivity. My advice would be to pursue the course of remaining the most connected power in the world and the architect of global connectivity. We’ll benefit more by continuing to play that role, whether it is through energy, the digital realm, or financial connectivity.