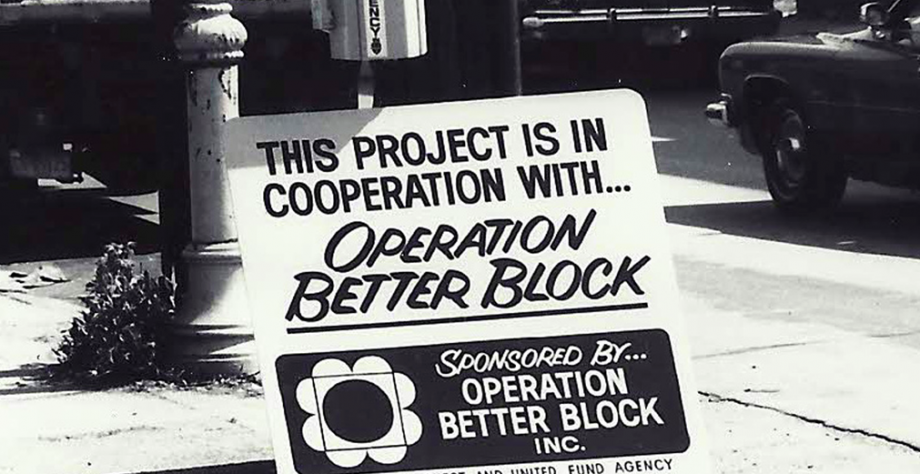 On the far east side of Pittsburgh, almost as far as you can get from its iconic bridges without actually leaving the city, the Homewood neighborhood has more than 2,000 vacant lots and 600 vacant buildings. There’s also, as Jerome Jackson sees it, great opportunity.

“It’s the only community in Pittsburgh that has a YMCA, YWCA, Carnegie Public Library, community college campus and health center all within a few blocks of each other,” says Jackson, executive director of Operation Better Block (OBB), a community-based organization in Homewood, established in 1971. “That lends to the potential for Homewood to grow.”

The neighborhood has long been a hub of African-American life in Pittsburgh. In the mid-20th century it was home to upwards of 35,000 residents. Today, due to a combination of factors, not least of which is the loss of Pittsburgh’s old industrial job base, only 6,000 residents remain. Ninety-eight percent are African-American.

“Pittsburgh is often talked about as being the most livable city, but not in Homewood,” says Jackson. High crime, violence and open-air drug sales plague the area.

In an effort to support community rebuilding, beginning nearly two years ago, OBB divided the neighborhood into 10 clusters, nine residential and one business/institutional. Each cluster held meetings about the short- and long-term needs of the area. More than 500 people showed up to cluster meetings. Jackson estimates they engaged around 80 percent of the community in some way. Out of the meetings and other activities came development plans for each.

“We really have gotten down to the level of residents driving a development and land use plan for the community,” Jackson says.

They unveiled the cluster plans at an event last week. Pittsburgh Mayor Bill Peduto came to show his support.

Unfortunately, due to an ongoing Pennsylvania budget impasse, much of OBB’s work is in jeopardy.

The lion’s share of the budget they have been planning to utilize for implementing the plans comes from the Neighborhood Partnership Program (NPP), a state program that provides an 80 percent state tax credit to businesses in exchange for long-term commitments to provide financial as well as technical assistance to community organizations like OBB. The tax credits are one of countless state programs that are in a holding pattern until Pennsylvania passes a budget. (Some reports of progress are starting to emerge.)

The way NPP works is, neighborhoods, usually through a community-based organization like OBB, put together an application to the Pennsylvania Department of Economic and Community Development. Applicants outline their community vision, as well as funding commitments from businesses. Each commitment must last at least six years. Each business must contribute at least $50,000 per year, and each application can have a maximum budget of $500,000 per year. Multiple businesses can participate in a single application.

OBB’s application has commitments from healthcare companies UPMC and Highmark, and Dollar Bank,, a regional bank, for a total of $450,000 per year.

The commitments were arranged through the Strengthening Communities Partnership (SCP) program at the Allegheny Conference on Community Development, a regional organization consisting of more than 300 member businesses. The Conference created the program specifically to do the matchmaking for NPP between community organizations and businesses operating in the Pittsburgh region.

The SCP program has brokered five successful NPP applications so far around the Pittsburgh region, with two more including OBB’s pending for this year. Fourteen businesses have made NPP commitments through SCP, totaling about $15 million (including this year’s pending commitments).

Previously approved NPP programs are also in jeopardy, as the tax credits work on an annual basis.

“There’s a concern if the budget doesn’t pass before the end of the year, any of the businesses involved in existing or new NPP applications won’t make the contribution to get the tax credit on this year’s taxes,” Bernstein says. It might be possible, he says, for contributions to be credited retroactively, but that will take some advocacy.

If and when the budget passes, it’s still no sure thing that new NPP applications like OBB’s will get the tax credits to unlock the funding.

This year, Bernstein has heard there might be around $50 million worth of new NPP tax credit applications pending. That’s $62.5 million worth of community-driven, community-focused programs, trapped on the sidelines, and still not all of them are guaranteed to get on the field.