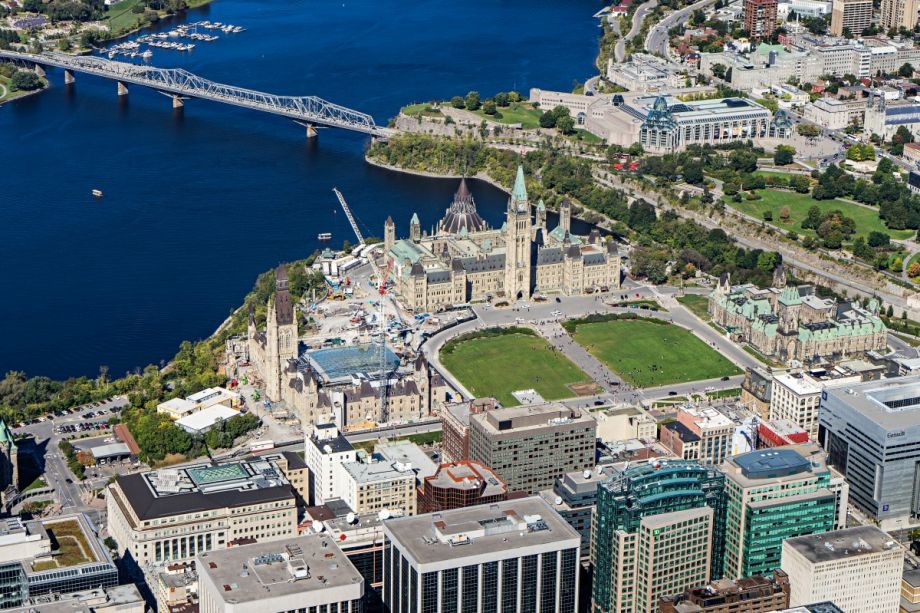 After missing two earlier deadlines for its completion, the consortium building Ottawa’s first light rail transit line has finally set a target date for wrapping up construction work on the line.

Railway Age reports that the Rideau Transit Group (RTG) informed Ottawa city council Jan. 3 that it expects to finish building the Confederation Line in the first quarter of this year. It also said that it should turn the finished product over to the city and OC Transpo by March 1.

The consortium had asked the council for a one-day extension of the Jan. 2 deadline it had set for a notice of a firm completion date.

RTG had missed completion deadlines set for May and November of last year. It paid a C$1 million (US$760,000) penalty for missing the second deadline.

Before turning the line over to the city and the transit agency, the consortium of more than 12 companies is supposed to wrap up all the details associated with the line, such as signage, public address systems and safety certifications, and successfully complete test runs. Trains are already running a closed loop along the entire line from Blair station in the west to Tunney’s Pasture in the east, where it will connect with the existing Ottawa Transitway busway.

The new light rail line, which cost C$2.1 billion (US$1.59 billion) to build, runs in a subway tunnel through Downtown Ottawa designed to reduce congestion on the two downtown streets Transitway buses used. A major source of the construction delays occurred in the summer of 2016 when a sinkhole opened on Rideau Street downtown. The hole ruptured a water main and flooded Rideau station. It took 3,000 cubic meters (3,924 cubic yards) of concrete to fill the hole and stabilize the tunnel to the point where construction could resume.

After the handover, OC Transpo and the city will spend another month finalizing operations procedures. The line should start carrying paying riders a month after that, or May 1.

The Ottawa Citizen reports that until then, 300 OC Transpo bus drivers who had been scheduled for layoffs once the LRT opened will continue to operate bus service along the route.

Metro Report International reports that Deutsche Bahn has awarded three contracts for work on the underground portion of a new S-Bahn line that will relieve congestion on the existing S-Bahn subway through the city center.

Two of the three contracts, which total €676 million (US$779.3 million), cover the construction of the western half of the new subway tunnel, from Donnersberger Brücke to Marienhof, along with new platforms at the underground station at Munich Hauptbanhof. The winning contractors are Wayss & Freytag Ingenieurbau, Max Bögl Stiftung, Ed Züblin and Bauer Spezialtiefbau.

The third contract covers construction of the new underground station at Marienhof, near Munich City Hall. This station will be deeper than the Marienplatz station on the existing S-Bahn subway in order for the tunnel to pass beneath Munich Metro lines U3 and U6. It was awarded to Implenia and Hochtief.

The tunnel, which is scheduled for completion in 2026, will relieve pressure on the existing subway tunnel, where trains currently run at 2-minute headways.

Just weeks after it opened in August of last year, the Salesforce Transit Center in San Francisco was shut down when inspectors discovered fractures in two of the beams that support the building where it crosses a downtown street. Now, according to a news story in the San Francisco Examiner, San Francisco’s Transbay Joint Powers Authority, which built and runs the facility, is ready to apply a fix.

A peer review panel organized by San Francisco’s Metropolitan Transportation Commission signed off last month on the JPA’s plan to apply metal reinforcing plates to the two fractured beams, which carry the building over Fremont Street, and two intact identical beams that carry it over First Street. A construction schedule for the repair job should be finalized by the end of this month.

A preliminary investigation identified weld access holes that had been thermally drilled as the cause of the fractures.

Before the building can reopen, the MTC will also conduct further inspections of its structural integrity. No firm date has been set for the reopening.