Orlando Memorial Will Reclaim Site of Mass Shooting – Next City 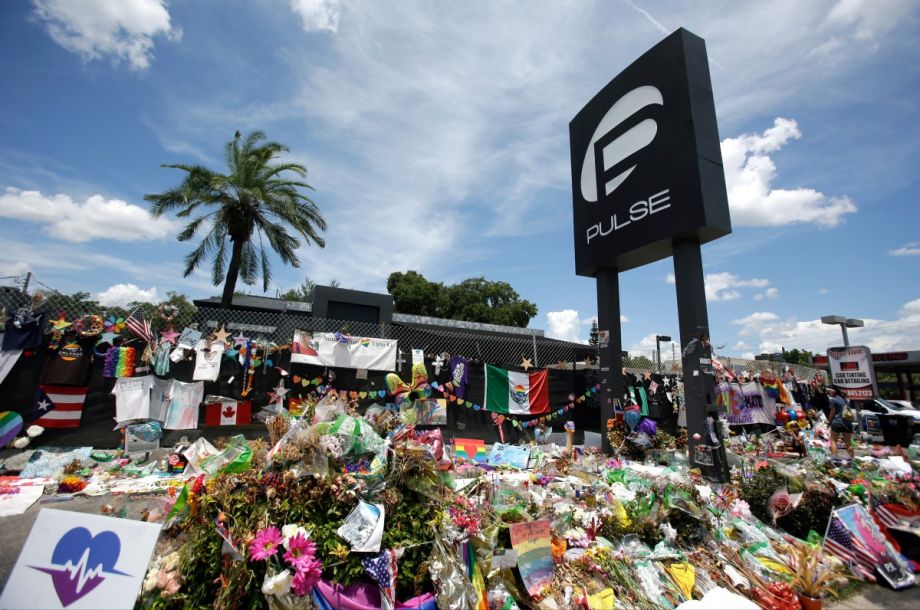 A makeshift memorial is seen outside the Pulse nightclub a month after the mass shooting in Orlando, Fla. (AP Photo/John Raoux)

The city of Orlando reached a deal this week to buy the Pulse nightclub, the site of the deadliest mass shooting in U.S. history, in order to eventually turn it into a city-owned memorial, the Orlando Sentinel reports.

Mayor Buddy Dyer first floated the idea of buying Pulse in August. On Monday, he announced the city would pay $2.25 million to purchase it, but would not rush to make changes to the club, which has remained a site of collective grieving since the July shooting.

“There are lots of people that are making a visit to the site part of their trip, part of their experience of Orlando, so I think 12 to 18 months of leaving it as-is would be appropriate,” Dyer told the Sentinel.

The city will also work with the community to come up with a design for the memorial, which could include leaving parts of the club — like its roadside sign — intact. No decisions have been made yet, but the city will likely look to other communities for advice and guidance. “We’re looking around the country for some people that have done something like this before. There are some folks with expertise related to this,” says Dyer.

The goal, he says, is to “create something to honor the memory of the victims that are deceased [and] those that were injured, and a testament to the resilience of our community.” The nightclub has been closed since a gunman killed 49 people and wounded dozens more in an attack during a Latin-themed dance party on June 12.

Orlando’s city council has a final say on the deal and will weigh in on the negotiated $2.25 million price tag this week. That price is more than the $1.65 million appraised value of the property, which belongs Rosario and Barbara Poma, who opened the club in 2004 in honor of a brother who died of AIDS. She pledged just days after the attack that Pulse would remain a memorial to the deceased.

Since the shooting, mourners have visited the site to pay their respects, often leaving mementos like flowers and notes behind. Dyer said the city’s purchase will help maintain the space as well as address nearby residents’ and businesses’ concerns about visitors. Rather than coordinating with the private owner, the city will be able to add security as needed. Already, the city has erected a new barrier around the site, wrapped in a screen covered in images by local artists.