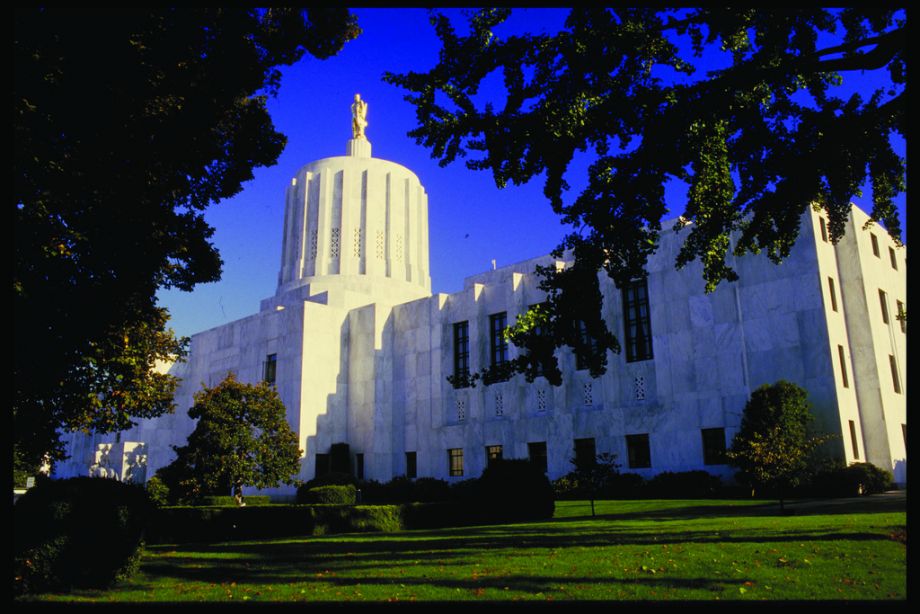 The Oregon legislature on Sunday passed a bill that could establish something to eventually replace the state gas tax: A new tax on vehicle miles traveled (VMT) that charges people for every mile they drive.

Drivers in the new program, which for now will remain voluntary and capped at 5,000 cars, will pay 1.5 cents per mile. Since these drivers are paying for VMT instead of Oregon’s 30-cent-per-gallon gas tax, they will be reimbursed whenever they fill up at an Oregon gas station. Participants in the program will continue to pay the federal 18.4-cent federal gasoline tax.

The new program is the latest development in Oregon’s decade-long plan to find a replacement for the gas tax. In the early 2000s, the state began exploring alternatives to fuel taxes. Since then it two pilot programs among state employees and legislators that were almost identical to the current system. (Our friends at The Atlantic Cities have written quite a bit about the development of VMT taxes and their implications.)

It has become increasingly apparent that state and the federal transportation projects will need to find revenue sources beyond fuel taxes. According to the Institute on Taxation and Economic Policy, gas taxes finance about a third of highway construction and maintenance. But because of inflation and improved fuel efficiency, the purchasing power of gas taxes — how much actual concrete, steel and labor they buy — has been decreasing, sometimes forcing state and federal officials to forgo infrastructure improvements.

By taxing every car at the same rate, VMT programs ensure that drivers pay an amount proportional to how much they drive. VMT systems, though, don’t have all the same mechanisms as gas taxes: They don’t incentivize people to drive fuel-efficient cars, for instance, nor do they discourage the use of heavy vehicles that cause increased wear on highways.

Part of the reason why the Oregon VMT program has gone through several pilot programs — and why the current program is capped — is to slowly build trust and understanding with Oregonians before the system becomes widespread during the next 10 years or so. And public suspicion is understandable, given that the government will tally how many miles citizens drive and, potentially, where and when they go.

The Oregon Department of Transportation is also trying to reduce suspicion by providing a variety of different methods for the state to track VMT. If uncomfortable with the DoT having too much knowledge of their driving habits, Oregonians will be able to opt out of the program entirely by paying a flat monthly tax. They can also install in their cars an odometer-like device that tracks the total number of miles driven and then reports that number to the state — however, these drivers will continue to be charged the VMT tax when traveling outside Oregon or on private roads. To fix the problem, some sort of GPS technology could tally number of miles driven only on in-state public roads.

To further ease fears of government surveillance, driving data will be collected by a private company and then reported to the state DoT.

Oregon is not the only place in the Pacific Northwest to look into VMT taxes. Last year officials in the San Francisco Bay Area conducted a feasibility study for implementing such a tax in a nine-county area.