Forget About Cash Only, This Bodega Trades in Stories – Next City

Forget About Cash Only, This Bodega Trades in Stories 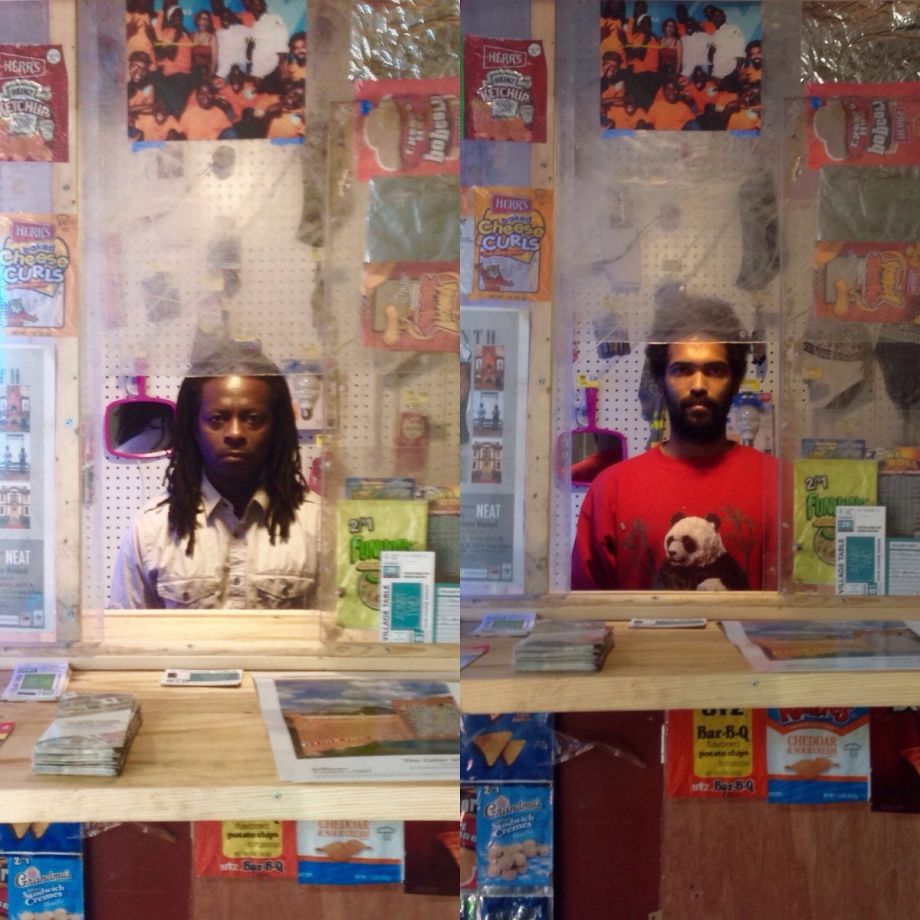 Three of the most defining characteristics of North Philadelphia over the past 100 years have been the expanding presence of Temple University, the low-income neighborhood surrounding it and tensions between the two.

In the 1960s, politicians had to broker a pact between neighborhood groups and the university to establish the boundaries of where Temple could and could not develop. To this day, that agreement has enabled stark wealth disparities in the area. Diagonally across the street from an aging public-housing complex and sequestered behind a fence is the well-kept practice facility for the undefeated Temple University football team. Last year, the university spent $2.4 million to renovate the athletic complex. A few blocks further east, License & Inspections violations cling to blighted rowhomes while a few blocks south, students stream in and out of rent sleek new condos.

Gentrification sidling neglect — however true it may be in North Philadelphia, it’s a tired narrative. A new public art project seeks to tell a different story — or rather, different stories, plural — about the socioeconomic reality of the people living in the community. Keir Johnston and Ernel Martinez of Amber Art and Design have converted more than 3,000 square feet of an old warehouse into a space styled in the motif of a bodega, complete with white shelves stocked with dollar-store goods and even an multi-colored “open” sign above the door.

Instead of customers paying in cash or EBT, they’re asked to participate in a unique form of exchange. “We’ll give you some goods that you might be used to. But what we want from you is just an explanation, your experience, your story,” Johnston says. The two artists have created faux-money bills that with a questionnaire on the back, asking people to fill in the blanks of their family’s migration story. “It might seem odd to people at first, but that’s our currency and our point of interest,” he adds. “We really want people to colonize their experience by sharing their family stories and life stories.”

The project, La Frontera, is part of Open Source October, a monthlong, citywide public-art show organized by Philadelphia’s Mural Arts that enlists 14 artists, both local and international — including big names like Shepard Fairey, Swoon and Sterling Ruby — to create projects addressing oft-overlooked issues in different neighborhoods of the city. Johnston and Martinez, who’ve worked in North Philadelphia before, saw the potential to use the familiarity — as well as the symbolism — of a bodega to generate dialogue about economic inequality and cultural displacement in the low-income area neighboring Temple, while helping to bring together a divided community.

It turns out the town-and-gown divide is not the only bifurcation that exists. “As we were working on the project, it became really obvious that there was a strong divide between black and brown people,” says Martinez. While that division isn’t a source of conflict, he says, it begets isolation between communities that unknowingly share a common existence in the shadows of Temple. “In general, between those two divided areas, I’d imagine that they’re dealing with the same economic issues.”

A century ago, the neighborhood was comprised of European immigrants who leveraged industrial jobs as a means of upward mobility. Today, the options are few and far between. Bodegas are not only some of the limited number of food purveyors in the community, they also hold significance as small businesses owned by residents. “These little corner stores have been platforms for people who migrate into the city or from other countries, to socioeconomically uplift themselves,” says Martinez. “It’s that reality that’s threatened by gentrification … This is our way of preserving symbolically what they mean — especially to this particular community.”

The space will be much more than just a corner-store homage. Johnston and Martinez plan to host community-driven events, including gallery shows, musical performances and sit-down dinners there. They also hope to stock fresh produce and healthier fare than what’s found at many bodegas. In addition, they’re working with local nonprofits that offer everything from after-school programs to medical advice, hoping to make these services part of the “merchandise” in the bodega.

While the artists say that the concept for the project derived organically from their past work in North Philadelphia, they’re also operating within the same realm of thought as artists like Rick Lowe and Edgar Arceneaux, whose art often blurs the line of community resource and public installation. What binds together the various threads of the bodega is a desire to foster interaction amongst residents who might otherwise never speak and provide a platform for them to discuss the issues they jointly face. “It’s really about giving these communities a platform,” says Johnston.

That’s not just metaphorical. The artists have constructed podiums that they’ll be deploying in the community for people to get up and deliver a brief message, whatever it may be. After which, Johnston and Martinez will transcribe and disseminate their quotes on social media using #phillypodiumproject. “For the groups that usually aren’t able to get their voices heard,” says Johnston.

While the bodega will be open during select afternoons through the end of October, Johnston and Martinez are hoping to extend the project beyond Open Source and operate the space for another year. But they’ll need funding. After all, this is not a commercial bodega, or even, a commodified form of art. “There’s really nothing out of this process that’s sellable,” says Johnston. “This is space-making — it’s about immersing yourself out of the normal paradigm of institutional culture.”

The Bodega will play host to a celebration of Open Source on Sunday from 12-4pm, open to the public.