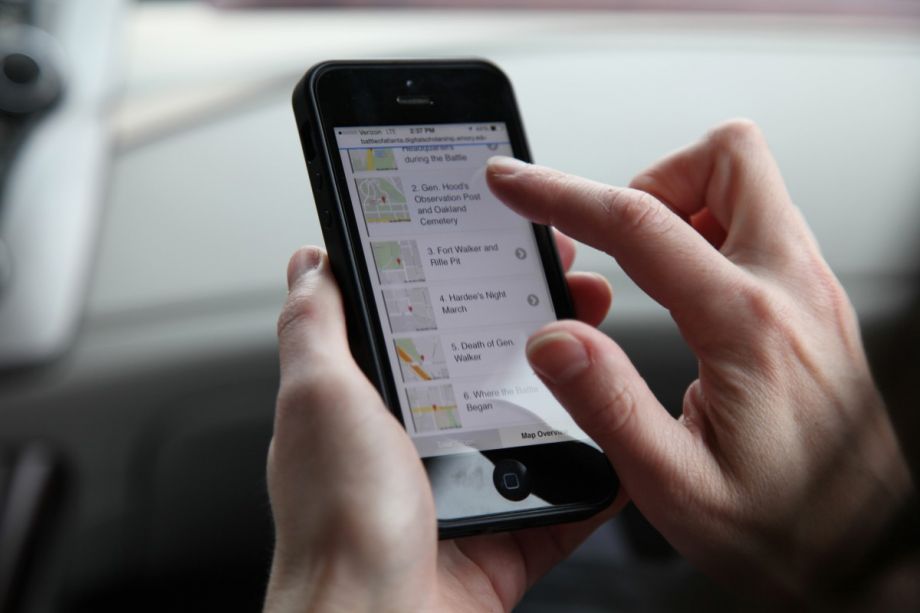 In a new look at open data and transparent government at the federal, state and local levels, the Pew Research Center recently asked citizens how they think their city hall is doing with embracing the digital age.

City-themed hackathons and apps and online tools abound thanks to those who like to crunch data into accessible forms for the public, and those surveyed gave slightly higher marks to municipalities when it comes to data-sharing, with 7 percent saying “local governments share data very effectively,” and just 5 percent agreeing on the same effort at state and federal level. (Just this week, Bloomberg Philanthropies announced an initiative (with $42 million) to help mid-sized cities use data more effectively.)

“Generally, people are optimistic that these initiatives can make government more accountable; even though many are less sure open data will improve government performance,” the report notes. “And government does touch people online, as evidenced by high levels of use of the Internet for routine information applications.” 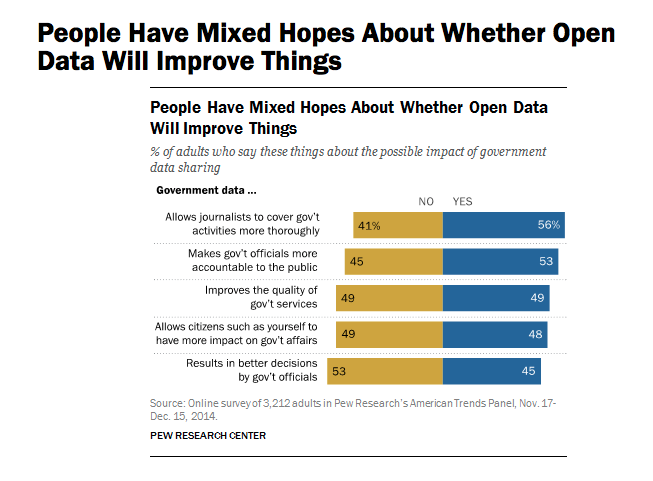 One of the top open-data benefits to Internet-savvy searchers? Finding out about recreational options. (Think park hours.) 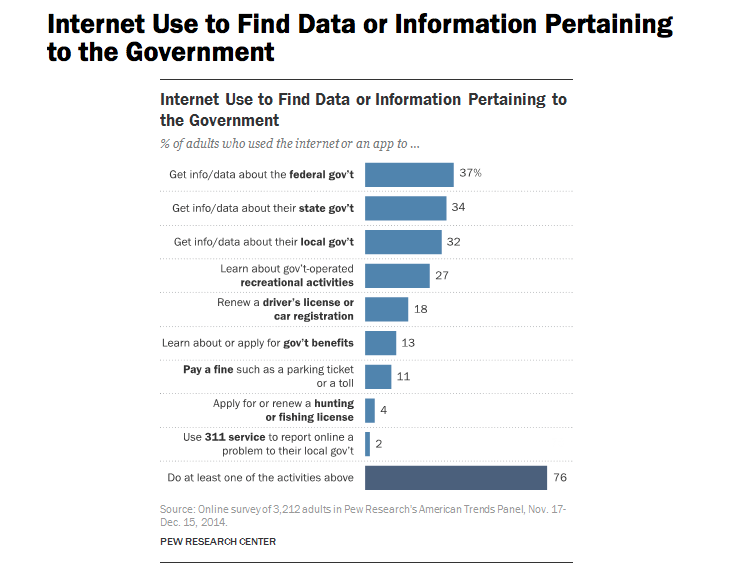 Despite widespread use of commercial applications that rely on government data, just 9% (among all Americans) say that the data government shares with the public helps a lot with the private sector’s creation of new products and services, while another 41% says it helps somewhat.

As for privacy concerns, the Pew survey found not everyone is comfortable with all kinds of data-sharing. Restaurant health records? Sure, said 82 percent. Individual criminal records? Okay, said 62 percent. Real estate transactions? This is a bit more divided, with 52 percent saying OK. Individual homeowners’ mortgage information? Only 22 percent were fine with that.