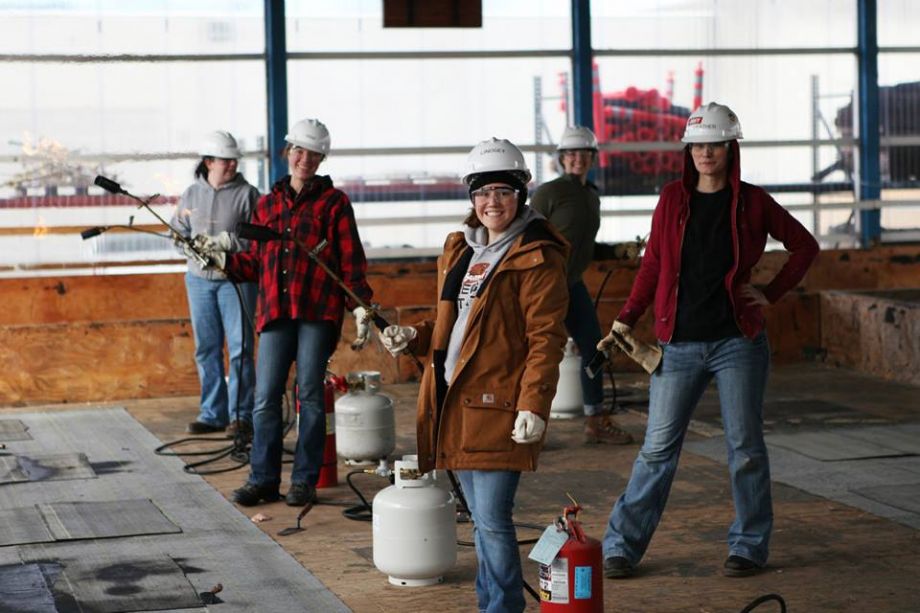 When Sary Dobhran graduated from the University of Oregon in 2003, she had bright hopes for the future. Armed with a degree in environmental studies, she planned to dedicate her career to making the planet healthier.

She never thought she would find herself on welfare. But late in 2007, when she was pregnant, her son’s father died. She suddenly found herself a single mom fighting to find a job — just as the economy bottomed out.

Dobhran moved to Portland, Oregon, where she and her son shared a small bedroom in a friend’s apartment. She relied on public assistance while she scoured the city for work.

“I was applying for everything I could find,” she says. “Until that time in my life, I’d never had trouble finding a job.” But she went from interview to interview with no luck. Suddenly, she’d found herself just another face in the growing throng of jobless Americans.

“It really affected me,” she says. “All people saw when they looked at me was a single mom with no money. I wanted them to know what I was capable of.”

Then she heard about an apprenticeship program offered by Oregon Tradeswomen, Inc. The organization uses grants to provide 6-8 week training courses for women who want to work in industries like green building and energy efficiency.

She seized the opportunity: “I treated it like a job,” she says. “It was hard physical work but I loved every minute of it.”

Through the apprenticeship, she discovered that there was a growing demand for workers who could weatherize homes to save energy. Dobhran had found her field, and she was beginning to hone in.

Clean Energy Works Oregon had just recently launched a program upgrading buildings in Portland. Their contractors agreed to focus on hiring women, people of color, and others who too often face barriers to employment. When one of the contractors, Verde Energy, approached Oregon Tradeswomen looking for skilled female workers, the group immediately recommended one of their star apprentices — Dobhran. When they called to offer her the job, she was, of course, ecstatic.

“It just felt good to know I’d be able to find a place for us to live. Now I could buy my kid some clothes that fit and put some money into my 22-year-old Subaru,” she says.

But it was more than just the money for Dobhran. By upgrading buildings, she not only helps cut pollution from power plants, but she also has a chance to make homes healthier for the families living in them. The buildings she works on are often plagued by hidden health threats. In the process of checking a home’s insulation, she often discovers dangerous mold and carbon monoxide poisoning that otherwise would have gone unnoticed.

Her son, now four-and-a-half, knows that his mom’s job helps keep the air clean. “He’s proud of me,” she says.

Though the work can be grueling, Dobhran loves her job. And she’s thriving. She’s now certified as a professional energy analyst with the Building Performance Institute, and leads inspections of homes. She sees opportunity — and job security — in her future.

“There’s a lifetime of work for me in this area,” she says. “I’m not surprised that I’m succeeding. I just needed some tools to help me get here. I just had some hard times.”

Dobhran is acutely aware that her path could have taken a different turn.

“I wouldn’t be here today without programs that were put in place in hopes that someone like me would take advantage of them,” she says. “I’m not dumb. I’m college educated. I’m a hard worker,” she explains. “My only barrier to employment was being a single mom in a bad economy. And there are a lot of other people out there just like me.”

Green for All, a grantee of the Surdna Foundation, is a national organization working to build an inclusive green economy strong enough to lift people out of poverty.