Op-Ed: What New York (and Other Cities) Can Do to Fix Their Aging Infrastructure – Next City

Op-Ed: What New York (and Other Cities) Can Do to Fix Their Aging Infrastructure 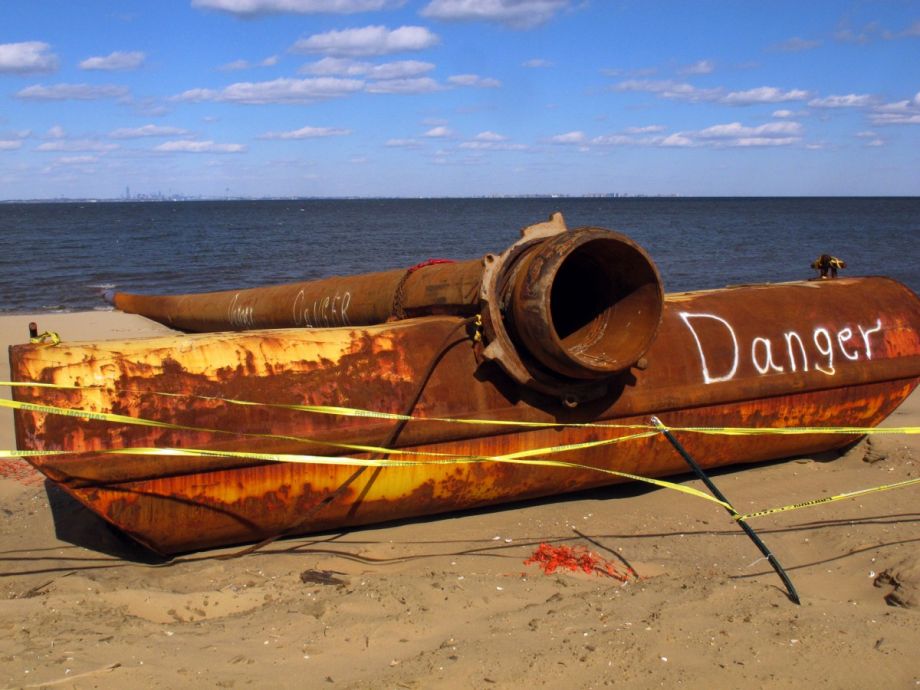 Last month, President Obama proposed spending more than $300 billion over the next four years to fix the nation’s aging infrastructure. Although it’s far from certain that Congress will go along with his plan, Obama’s proposal is welcome news for many U.S. cities whose essential infrastructure — from bridges and transit systems to water mains and gas lines — is several decades old and in dire need of repair.

Nowhere is this more important that in New York City. Among the nation’s oldest cities, much of New York’s critical infrastructure was built before the First World War. A thousand miles of water mains, 170 school buildings and 165 bridges were constructed more than a century ago. The city’s public hospital buildings are 57 years old, on average, and 531 public housing towers were built prior to 1950. The main terminal at LaGuardia Airport was unveiled five decades ago and two terminals at JFK Airport have stood for more than 40 years. Thirty-seven percent of subway signals exceed their 50-year useful life and even New York’s IT infrastructure is ancient, with at least 170 applications running on database management systems released in 1983 or 1970.

Given the age and magnitude of New York’s infrastructure, disruptions and malfunctions are inescapable. In 2013, there were 403 water main breaks and 5,835 gas leaks. More than 160 bridges were deemed “structurally deficient” in 2012. Forty-seven were both structurally deficient and fracture critical, a designation engineers use for bridges with little structural redundancy, making them prone to failure and collapse.

Restoring and modernizing these assets will not be easy or cheap. According to a report released today by the Center for an Urban Future, city agencies, authorities and public universities will need to invest $47.3 billion over the next four to five years just to bring New York’s infrastructure to a state of good repair. However, based on accumulated funding gaps and shortfalls in upcoming capital plans, unmet needs will reach $34.2 billion over the next five years.

While former mayor Michael Bloomberg deserves credit for building a number of new schools and parks and completing major projects like the third water tunnel, the administration’s generous capital budgets often placed more emphasis on new construction than on needed repairs. As evidence, about 30 percent of city roads are currently in “poor” or “fair” condition, up from 15.7 percent in 2000. Between 2000 and 2006, the city installed an average of 42 miles of new and reconstructed sewer lines each year, but averaged only 17 miles since. In 2007, as part of his PlaNYC blueprint for a more sustainable city, Bloomberg promised to replace 80 miles of aging water mains every year. The city has averaged only 27 miles annually since then.

From prolonged closures and extended delays to steam pipe explosions and snapping bridge cables, the consequences of neglect are dramatic. In a city as dense as New York, a decline in the condition and functioning of one infrastructure system will quickly affect the condition and functioning of another. Electric outages compromise cell towers and wastewater treatment plants. Leaking water mains corrode and infiltrate surrounding steam, gas and electric lines. Decaying roads provide inadequate cover for utilities, as vibrations from automobiles cause breaks and cracks.

Obama’s proposed infrastructure investment could go a long way to prevent this collateral damage. But New York, and other cities around the country, cannot wait for Congress to act. Mayors and governors should prioritize state of good repair investment and introduce new dedicated funding streams. User fees — like bridge tolls and stormwater management rates — that discourage overuse of infrastructure, as well as provide new revenue to maintain and modernize these facilities, are ideal.

Cities will also need to prioritize which infrastructure projects need to move forward immediately and which could be delayed, and that will mean better planning around capital needs. New York and other cities can improve their asset management strategies: Rigorously inspecting and inventorying existing assets, developing an explicit rubric for distributing capital dollars and aligning capital planning with demographic shifts and economic development. Finally, to reduce construction costs and stretch their capital dollars further, cities (and states) must streamline procurement laws and practices.

Without immediate, sustained and generous investment in the core infrastructure of its cities, the nation’s global status will quickly diminish. As new competitors emerge in South America and Asia, U.S. cities face increased competition for talented workers and business investment. The solution is simple: To preserve their economic viability, U.S. cities must preserve their infrastructure.

Adam Forman is research associate at the Center for an Urban Future, a New York City-based think tank. He is also author of “Caution Ahead,” a report published today by the Center about New York’s infrastructure vulnerabilities.