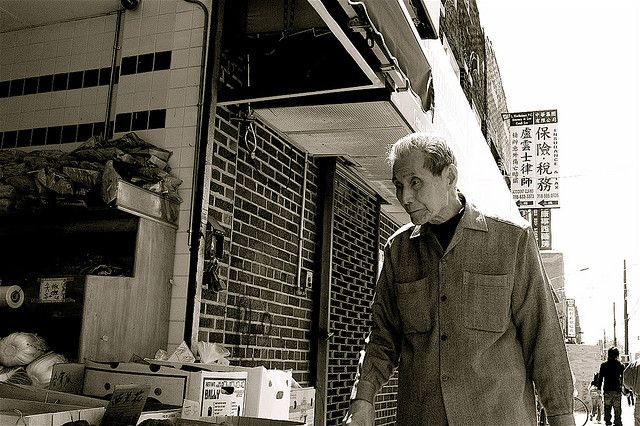 Like many other American cities, New York is graying rapidly. In the next two decades, demographers expect the number of residents age 65 and older to increase by 35 percent, going from approximately 998,000 today to 1.3 million by 2030. And while some initial steps have been taken to plan for this profound demographic shift, not nearly enough attention has been paid to a crucial — and especially vulnerable — subset of the city’s senior population: Those who were born in a foreign country and continue to reside here as either documented or undocumented immigrants.

With 463,000 older immigrant residents, New York has by far the largest foreign-born senior population of any city in the U.S. In fact, one out of every 10 older immigrants in the country calls New York City home. Immigrants make up 46 percent of the city’s total senior population, and if current growth rates continue, they will become the clear majority in as little as five years. Over the last decade, as the native-born senior population decreased by 9 percent, the number of older Asian immigrants grew 68 percent, older West Indians 62 percent and older Latinos 58 percent.

Because immigrant seniors tend to be poorer and have much less in retirement savings than their native-born counterparts, and because they tend to have a much harder time accessing existing support services and programs, many in this group are not only poised to strain the social safety net but fall through it entirely. The median income for immigrant seniors in New York is $9,900, compared to $18,300 for native-born seniors. Older immigrants comprise 46 percent of all seniors in New York, but 65 percent of all seniors living in poverty.

This discrepancy is likely to grow in the years ahead, as immigrant groups with the fastest-growing populations of seniors are also among the poorest. The number of seniors from European countries with lower levels of poverty has actually fallen 10 percent since the beginning of the decade, while the four-fastest growing groups — Chinese, Indian, Caribbean and Korean immigrants — all have poverty rates of at least 25 percent. Among Mexican immigrants, another fast-growing group, an astounding 50 percent are below the federal poverty line.

Compounding these challenges, nearly two thirds of immigrant residents over age 65 have limited English proficiency, while nearly 200,000, or 37 percent, live in linguistically isolated households. As a result of these language and cultural barriers, many older immigrants have trouble finding out about existing support services and are much more likely than their native-born counterparts to suffer from isolation, loneliness and depression.

Now, New York does offer its immigrant seniors many advantages, especially when compared to other North American cities with smaller, less entrenched immigrant communities and fewer public services. Immigrant seniors here have an easier time getting around because of the city’s public transit system, and have access to a whole host of amenities — from ethnic grocery stores and community-based organizations to hospitals and health care clinics. Moreover, the city has a more robust system of senior centers and senior services than any other city in the U.S.

Nevertheless, many of these existing resources and services aren’t keeping up with the rising demand and changing geography of the city. Funding for Section 202, the federal government’s primary subsidized housing program for seniors, has plummeted by 42 percent nationwide since 2007. The city’s share of funding through the Older Americans Act, the country’s primary source of funding for senior services, has declined by 16 percent since 2005. Local funding for senior services has dropped 20 percent since 2009.

More than just funding, policymakers in New York, and in a number of other cities, will need to start planning for this ongoing demographic shift. The rapid aging of the immigration population will create both challenges and opportunities in areas from workforce development and housing to transportation and health care delivery.

For instance, policymakers would be wise to develop strategies for increasing access to government benefits, expanding the supply of larger apartments for extended families, improving access to translators, taking advantage of technology to help older adults access services, and ensuring centers that offer meals for older adults provide ethnic food options (and not just franks and beans, as one immigrant advocate told us) City officials should also develop stronger relationships with community-based organizations that have the trust of immigrants in neighborhoods across New York — and which are well-positioned to help ensure that more government services reach older immigrants.

Christian González-Rivera is a research associate at the Center for an Urban Future and author of the Center’s new report, “The New Face of New York’s Seniors,” which was released on Thursday.