Op-Ed: Minimizing Scrap and Creating Jobs in a Milwaukee River Restoration – Next City 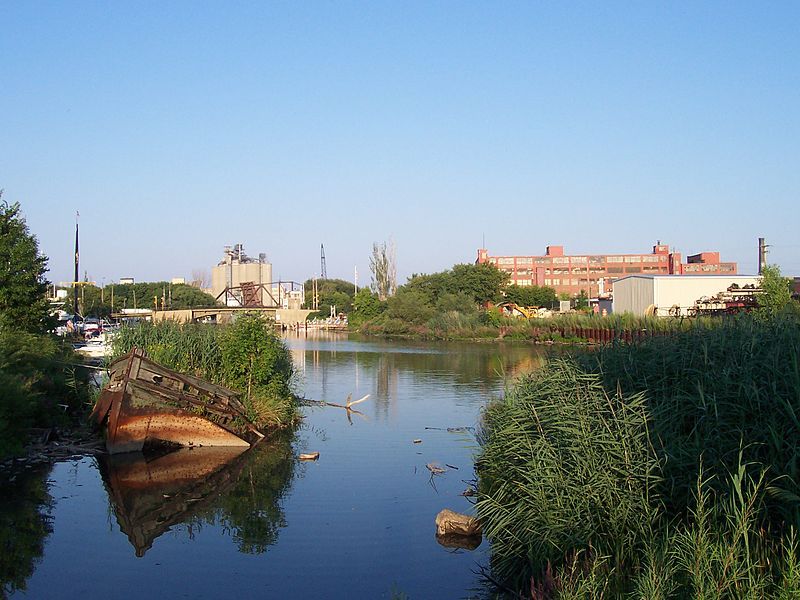 The Kinnickinnic River in Milwaukee.

Sean Maher, a navy veteran, began his career like generations of Milwaukee workers — in a metal factory. But in 1998, the rapid collapse of manufacturing led him to the local Laborers Union. Large infrastructure projects in the region, including the Miller Park baseball stadium and the Oak Creek Power Plant, provided 10 years of steady employment and the opportunity to hone his skills. In 2009, as the national economy went into a deep recession, construction work in Milwaukee took a nosedive. For more than a year, Maher was laid off.

Around the same time, the Milwaukee Metropolitan Sewerage District needed to address frequent severe flooding in the Kinnickinnic River watershed, which hit the region most recently in 1986, 1997, 1998 and 2008. The riverbed’s ill-conceived concrete lining had prevented the natural channeling and absorption of rainwater, resulting in at least five drownings and millions of dollars in damage to local homes. In 2007, an environmental advocacy group identified the Kinnickinnic as one of the 10 most endangered rivers in the U.S.

The utility designed a plan to demolish the concrete lining, which required the removal of 87 homes to expand the riverbed and reduce the incidence of flooding. To increase the economic impact of the deconstruction project, local officials created the Fresh Coast Jobs Initiative to maximize employment opportunities for unskilled community members and laid-off union members like Maher.

This partnership reflects a long-term effort to create a stable source of green jobs in Milwaukee. Citizen Action of Milwaukee led a campaign to pass an ordinance stipulating that 40 percent of city-funded construction jobs be filled with unemployed and underemployed residents. Big Step, a pre-apprenticeship recruitment and training program, recruited disadvantaged Milwaukee residents and prepared them for entry into the construction workforce. And Laborer’s Union Local 113 recruited laid-off members and provided training for unskilled workers recruited from the affected community.

During his layoff, Maher continued to monitor job opportunities through his union. Hundreds of members were looking for work. While it was relatively small in scale, the Kinnickinnic project required some skilled laborers. In 2011, Maher was hired when demolition on the old concrete lining commenced.

Sustainability has been a prominent concern. In one case, the goal was to keep 85 percent of material from demolished homes out of landfills. As a result, the project recycled as much as possible — wood floors, woodwork, countertops, sinks, toilets, bathtubs, cabinets, windows, doors, lighting fixtures and good quality lumber. Boards and studs that could not be salvaged were recycled by chipping or shredding them into mulch.

Of the 15 Fresh Coast participants who worked on the first project, eight were recruited through community-based workforce development programs associated with Big Step, but seven were laid-off laborers like Maher. Several workers became new members of Laborers’ Union Local 113, with training and dispatch benefits. The second project was smaller, but work on both projects was performed under an agreement with Local 113, providing union wages and full benefits.

Maher hopes to put his new skills to work and continue deconstruction work in the area. He has learned that it is possible to efficiently take a structure apart, salvaging valuable materials and greatly reducing what goes to the landfill. As the construction sector of the economy rebounds, the success of the Kinnickinnic River project could encourage less traditional demolition and greater use of deconstruction techniques.

“If things can be reused and we can keep things out of landfill,” Maher says, “why not put the materials to use?”

The Partnership for Working Families, a grantee of the Surdna Foundation, is a national network of leading regional advocacy organizations who support innovative solutions to our nation’s economic and environmental problems.