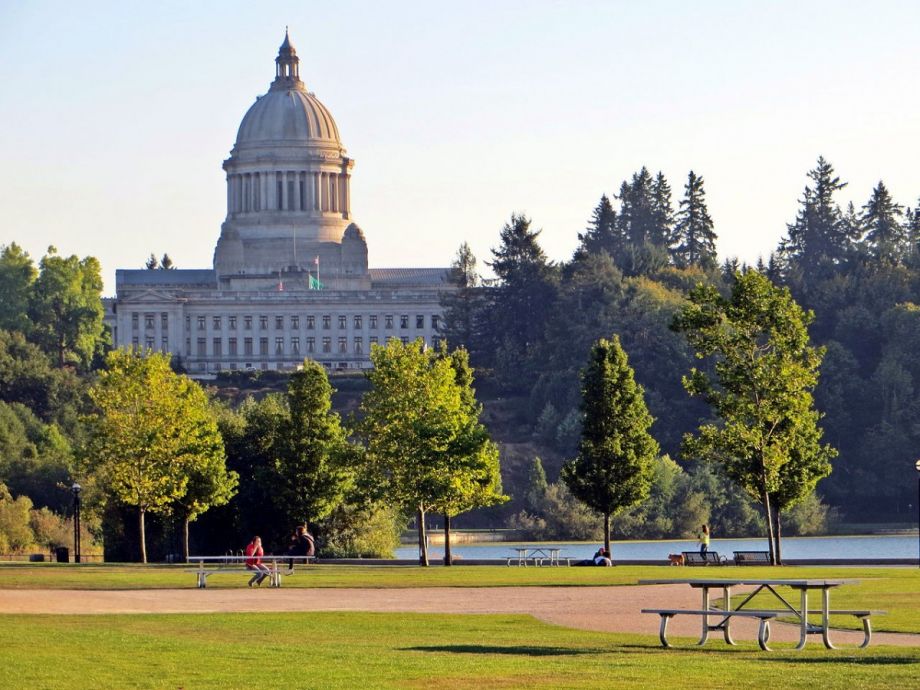 Washington state’s capital city is growing fast. The Thurston Regional Planning Council projects that by 2040, Olympia will add almost 20,000 new residents, a 38 percent increase over the current population. To accommodate that growth but avoid sprawl, the city’s most recent comprehensive plan update sets policy goals for denser development in urban areas. To that end, the city has proposed a suite of regulatory changes to make it easier to build so-called “missing middle” housing such as basement apartments, backyard cottages, duplexes and triplexes, townhouses, tiny houses, and more.

“Like a lot of cities, we have low-density zoning districts that currently just allow single-family houses with very limited ability to do anything else,” says Leonard Bauer, Olympia’s deputy director of planning and development. “We have some provision for townhouses, but beyond that, there’s not much for missing middle and those zones occupy nearly three-quarters of the city’s area.”

The regulation changes vary from housing type to housing type. For some, such as ADUs, the proposal would allow larger buildings, remove the requirement for a dedicated parking spot for ADU occupants, and remove the requirement that the homeowner live on site to rent out their ADU. For duplexes, triplexes and quadplexes and single-room occupancies, the city has proposed greatly expanding the areas in which they could be built. For tiny homes, the codes would be changed to allow groups of tiny homes in residential districts. For townhouses, the city would lift a restriction limiting developers to four townhomes per structure.

Olympia doesn’t have the same affordability problems as its larger neighbors such as Seattle, Portland and Vancouver. (Just last week, Vancouver released a plan to combat its housing affordability crisis that some are calling radical.) But housing prices in the Washington city and average rents have climbed steadily for the past few years while vacancy rates have dropped.

“We’re trying to work ahead, regardless if our prices ever get to the Seattle level. Under our comp plan, we have goals to diversify housing types and hopefully that will help with affordability,” says Bauer.

Smart growth advocates think the city is on the right track.

“These proposals are the right direction to move in,” says Janae Huber, founder of the all-volunteer, pro-density group Olympians for People-Oriented Places. “These are all really reasonable, neighborhood-scale changes. They’re not dramatic, they’re gentle, and I feel like that’s where we need to start.”

Huber is glad the city is throwing it all out there to see what sticks. “It’s not that we have to have cottage housing or townhouses. It’s that we need the menu of options to all be more viable,” Huber says. “People are going to have different ways they get this done and be incentivized to actually move forward and build something.”

That said, she has concerns that the city hasn’t proposed changing the impact fees people must pay when building missing middle housing types. Currently someone would have to pay the same impact fees to build a tiny home or a backyard cottage as they would to build a single-family home. Huber says that not only makes it costly to build infill density, but makes Olympia less attractive to build in than its rural surroundings.

“I think it was a smart move politically to try to get the code updated without being bogged down in a conversation about the impact fees. But as long as there’s no change to the fees, we’re not going to see the influx of housing we need. We’re disincentivizing infill and incentivizing building out in the county and rural areas because of lower fees out there,” Huber explains.

Bauer points out that though the planning department has not recommended changes to impact fees at this point, it has recommended the city study the issue of impact fees and hook-up charges as part of its missing middle work.

The code change process is nearing its end. Bauer says the city planning commission is currently being briefed on the proposed changes. They hope to have the proposals in front of the City Council for a vote in early 2018.

Huber says she fully expects some backlash from neighborhood groups worried about change. But, she says, “Growth is happening. You can either get out in front of it with a vision for incorporating people in a way that’s healthy. Or you can try to resist it and watch it sprawl out to the urban growth boundaries.”

Editor’s Note: This article has been updated to add that the city of Olympia may study the issue of impact fees and hook-up charges as part of its missing middle work.