Flush With Oil, the World’s Most Inept Government Can’t Keep the Lights On – Next City

Flush With Oil, the World’s Most Inept Government Can’t Keep the Lights On 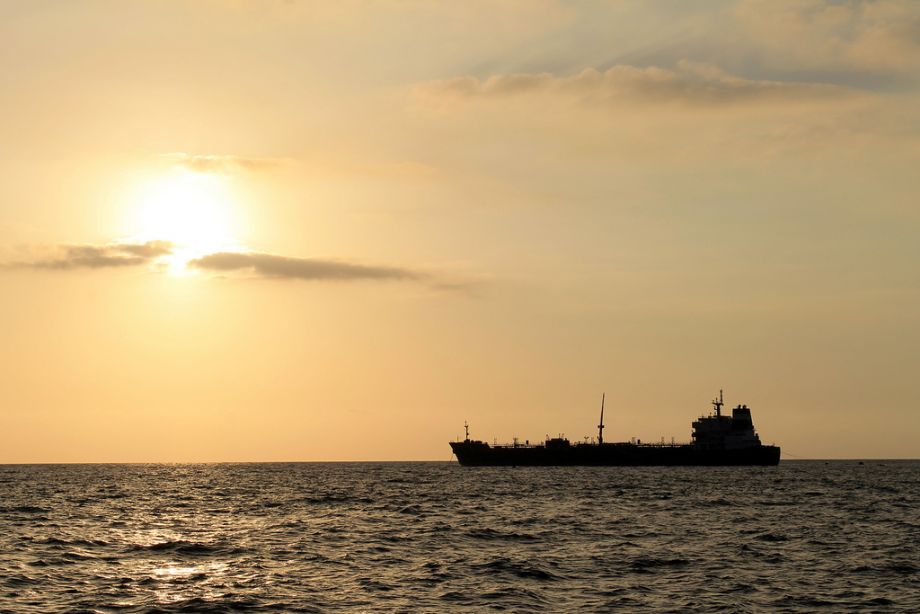 An oil tanker off the coast of Lebanon. Leaders hope the discovery of oil and gas beneath the ocean here could help solve the country’s energy crisis. Photo credit: Rabiem22 via Flickr

This country’s infrastructure is, in a word, broken. There has been no government since last March. And even when Lebanon does have a government, it’s weak and corruption rules. Few things ever get fixed.

Then there’s the war in neighboring Syria. The conflict has sent over a million refugees into this country of just four million, testing its resilience and upending its delicate demographic balance. Some of Lebanon’s parties have long been involved in the fight in Syria, and increasingly they are bringing it home, with car bombs, gun battles and shelling along the border now business as usual. The war has ravaged Lebanon’s economy – the World Bank predicts that it will cost Lebanon $7.5 billion by the end of 2014. The country’s debt-to-GDP ratio is among the highest in the world, and many of Lebanon’s ambitious and talented have long left for greener pastures in Europe, North America and the Gulf.

But last spring, a rare ray of hope made its way to the traffic-choked streets of Beirut in the form of a series of billboards sponsored by Lebanon’s newly founded Petroleum Administration. In October, Lebanon’s Energy Minister Gebran Bassil said Lebanon had an estimated 95.9 trillion cubic feet of gas and 865 million barrels of oil off its coast. Earlier last year, Spectrum, a company that carried out a 3-D seismic survey of a 1,160-square-mile zone off of Lebanon’s coast, estimated the presence of upwards of 25 trillion cubic feet of gas there. As the country prepared to develop these potential offshore hydrocarbon resources, the billboards promised salvation for the country and a better future ahead.

“Our country now has oil for the development of the transportation network,” proclaimed one slogan alongside a picture of a high-speed train emblazoned with a cedar tree, Lebanon’s national symbol.

“My children and I are going to stay in Lebanon” read another.

But despite the likely presence of large amounts of gas and perhaps recoverable oil, the future alluded to by the billboards may be out of reach if Lebanon can’t marshall the resources and political will to benefit from the find.

Following the discovery, Lebanon was quick to attract the attention of some of the biggest oil and gas companies in the world: U.S. giants ExxonMobil and Chevron, French Total, Dutch Shell, Brazil’s Petrobas, Norway’s Statoil and Italian Emi all expressed interest and qualified for the bidding process, which was meant to begin last May but hasn’t yet yet gotten going. 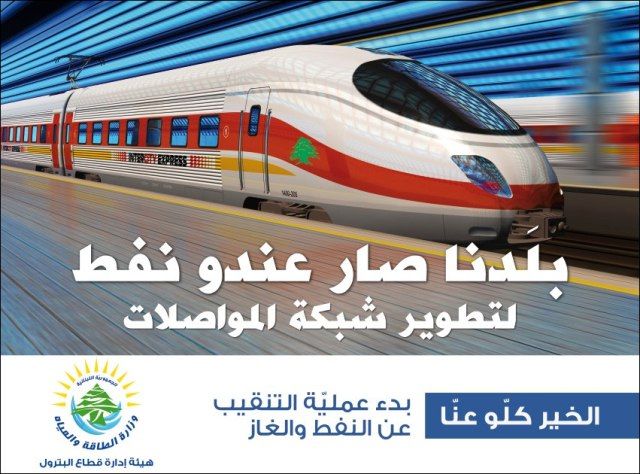 A billboard toting high-speed rail as a possible outcome of Lebanon’s new source of oil.

Lebanon’s government collapsed in March, and close to a year later a new one has yet to take shape. Increasingly divided over the war in Syria, Lebanon’s political parties have not had much luck at striking a bargain and lawmaking has ground to a halt. Before an auction can take place, Lebanon’s government must pass two decrees: one to delineate the ten offshore exploration blocks, and another that would determine how revenues would be shared.

In early January, Bassil, the energy minister, announced that the bidding process would be delayed for a third time, until April, noting that it would be the “last” such delay. After all the delays and the significant rise in Syria-related violence in Lebanon, there is concern that companies that initially expressed interest in developing Lebanon’s oil and gas may pull out.

“It is a sad thing that Lebanon is delaying this tender for the third time, and it will certainly lead to a lack of trust and a lack of seriousness among the companies,” said Bassil according to Reuters.

While the development of Lebanon’s oil and gas is unlikely to turn the country into the next Qatar as some optimists hope, if developed correctly, it could fix some of its longstanding problems, notably its electricity shortage. Lebanon’s power plants have long been unable to keep up with demand. In Beirut’s nicest neighborhoods, electricity is generally cut for three hours a day. But circumstances — such as fuel shortages, plant breakdowns and damage to the grid from winter storms and, occasionally, fighting — can lead to even harsher rations. Elsewhere in Lebanon power cuts are even worse. And as the country’s population swells from the Syrian refugee crisis, demand is only growing.

Trying to keep the lights on in Beirut for 21 hours a day is extremely costly to the government and a major contributor to rising public debt. In 2012, Lebanon allocated $2 billion to Electricite du Liban, the state electricity company, and last year signed a three-year, $370 million deal to lease a Turkish power ship to try to further stem the growing electricity crisis.

Staying afloat only through government subsidies, there is not enough money to build new power plants to meet Lebanon’s energy demand, despite promises in recent years that Lebanon would have 24/7 electricity by 2015.

Currently, most of Lebanon’s electricity comes from burning diesel and gas oil. Switching to liquid natural gas — and drawing from Lebanon’s own supply — could in the future be the easiest fix to Lebanon’s electricity shortages. But like the high-speed trains touted by the Petroleum Administration billboards, this, too, will remain a dream until Lebanon can get its act together and responsibly develop its resources.