Legalize Pot and Fix Your City’s Potholes? – Next City 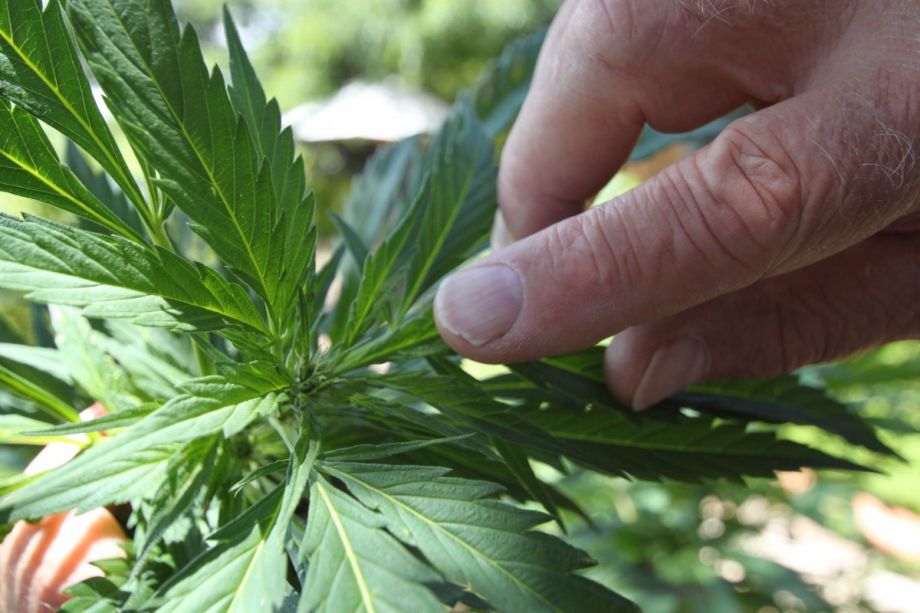 In U.S. cities in the northern climes, the pothole has become a government performance benchmark standard of sorts for voters. “If you can’t fix potholes in the road, how can you fix [insert problem here]?” Or “Fix the potholes before you start with [insert project here].” The only ones who seem quiet on pothole problems are those in the car repair business.

So many thought it kind of clever when the group behind the legalized marijuana initiative on the Ohio ballot next week (November 3rd) started throwing out the slogan, “Fix Potholes With Pot Money.” The state stands to bring in between $300 million and $500 million in tax revenues if pot is made legal, with most of it going to local governments.

Still, the economics of legal pot are taking a back seat to talk about the right of doctors to prescribe marijuana to patients, whether it’s a gateway drug and protecting kids. There has been little discussion in Ohio about whether legal weed smokers will help make the roads better. Or fix bridges. Or pay for more police officers.

But the Ohio pot vote is very much about filling potholes — and police and fire safety, and other costs cities have with building and maintaining infrastructure. These uses for the marijuana tax money are actually written specifically into the Ohio ballot initiative, a departure from those that passed in Oregon and Colorado.

The wording states that 85 percent of the tax money generated will go directly to those jurisdictions (50 percent to municipalities and 30 percent to counties) “on a per capita basis to be used for public safety and health, including police, fire and emergency medical services, road and bridge repair, and other infrastructure improvements.”

Colorado collected $63 million in marijuana tax revenue in 2014. That money went mostly into the state’s general fund, and is parceled out in a variety of ways. The state does reimburse 10 percent of that tax back to the cities, so the City of Denver will get approximately $3.5 million this year.

Ohio’s proposed marijuana tax rate is higher, and the population is much larger than Colorado’s, hence the bigger revenue projections. If a $400 million annual tax revenue (based on an average of the pro- and anti-pot estimates) is realized, the City of Columbus would get about $15 million annually after legalization (about $20 per resident). The Franklin County government, where Columbus resides, would take in about $12 million (about $10 per resident). That’s $27 million in new funds for one city and county from legal marijuana tax revenue.

“It would definitely be noticeable,” says Benjamin Clark, a professor of public administration at Cleveland State University. “This would be a tax base that would be fairly stable and definitely help through the difficult times that many of these cities are facing.”

To put the revenue in the “pothole” perspective, Columbus’ $15 million annual share would be about one-third of the $48 million that it spends on designing, managing and fixing roads each year (including snow plowing). Or Columbus could hire about 200 police and fire safety officers. Or pay off bonds. Or lower its income tax rate.

“There are a lot of reasons why people who don’t smoke marijuana will want to vote for this issue,” Ohio attorney Anthony Giardini and legal marijuana backer said in a recent newspaper interview with The Morning Journal in Lorain, Ohio. “It means better law enforcement … better streets, nicer parks, the kind of things we all enjoy.”

The $20 per resident is huge even for smaller cities. A city like Parma, an inner-ring suburb of Cleveland with about 80,000 residents, would see about $1.5 million a year in pot money coming in each year. The city closed its outdoors pools over the summer to save $200,000 and balance its $47 million annual budget.

“What is surprising is that the campaign has been caught up in all the usual ‘for and against’ pot arguments and not too many are talking about the economics of doing this in Ohio when the state is still having some economic issues out of the Great Recession,” Clark says.

The side fighting for legalization in Ohio calls themselves “ResponsibleOhio,” and has focused on the medical side of the issue in its ad campaign. Ohio is the first state to put both medical and recreational legalization in the same ballot initiative — and because 90 percent of Ohioans say they favor legalized medical marijuana — they hope that group will carry the vote.

Opponents (chambers of commerce and some healthcare organizations and conservative groups) haven’t concentrated on tax revenues either. Instead, they have run campaign commercials that warn that if the initiative passes, allowing marijuana-infused edibles, kids will be eating gummi bears laced with pot.

Adding to the campaign rhetoric is the fact that legalization would vest only 10 grower groups (pre-selected by Responsible Ohio). So there are opponents (some who are historically legalized marijuana backers) who don’t like the idea of a government-sponsored monopoly for an agricultural product. In fact, the Republican-led state legislature has put their own amendment on the ballot that would ban monopolies. (A recent poll has both amendments passing, meaning voters might approve of legalizing marijuana, but disapprove of the way the industry will be organized. Legal experts expect it to end up in the courts if both pass, and it will be uncharted legal territory.)

The Ohio vote will be significant nationally, as many wonder how far down the road toward complete legalization of marijuana in all 50 states actually is. Plus, Ohio is a presidential swing state that’s a barometer on all sorts of issues, highly populated (seventh in the country), and a blend of rural and urban. Other states and national political leaders may very likely reassess legalized pot if Ohio votes yes. If that happens too, the tax revenue factor could play a bigger role in other future ballot battles. After all, America’s prohibition era ended in 1933, not because of some change in the country’s morals, but because the U.S. needed more tax revenue to counteract the Depression.

Which doesn’t mean that pot revenue will likely free cities of budget worries. “They are right, the money can go to fix potholes and other infrastructure needs that might ordinarily be hard to do,” says Richard Longworth, a research fellow at the Chicago Council of World Affairs. “Governments have been supporting sin taxes that fall into this marijuana category forever. But the results vary widely, because there are other consequences to deal with, like more drug addiction problems, social service increases, and also, sometimes the amount of revenue doesn’t add up to what was expected. There is not much of a history with legal marijuana and how things will work out.”

It will be interesting to see how this turns out in Ohio. A Gallup poll last week found that 58 percent of the country thinks that marijuana should be legal, an all-time high. That number might even be higher if the poll participants were told that legal pot could ensure filled potholes as well.