Economics in Brief: ‘Obama Ordinance’ Would Protect Community Members from Gentrification – Next City 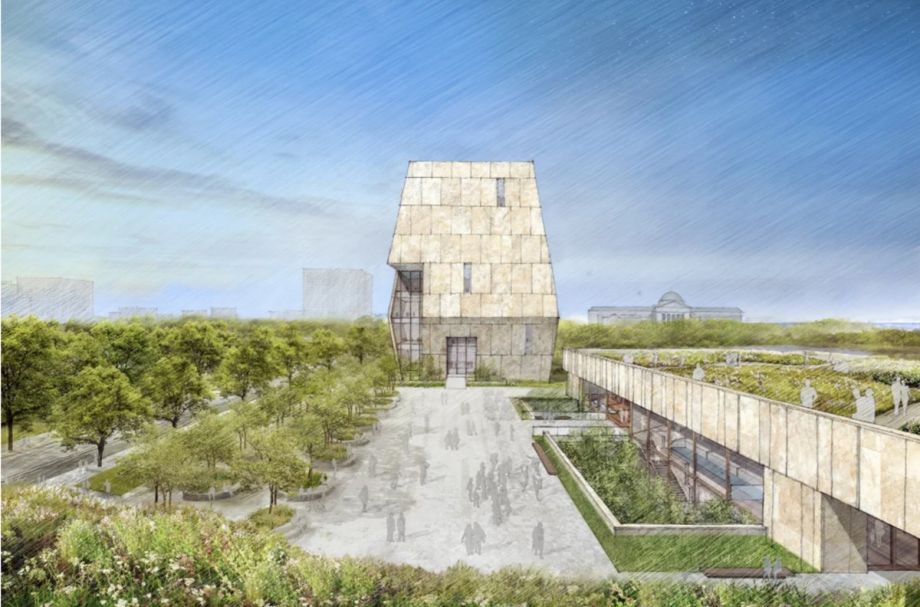 A new “Obama Community Benefits Agreement” ordinance would protect Chicago’s South Side residents from gentrification, reports The Chicago Citizen. The new ordinance comes amid growing concern over the pending Obama Presidential Center. According to Curbed Chicago, the site plans include a new museum, library, public forum building and plaza. It would also boast gardens, recreational areas, and bike lanes.

After a three-year effort, reports the Chicago Maroon, the ordinance has finally reached the floor of City Hall. The community benefits agreement would include stricter affordable housing requirements, create a community trust fund and request a study to examine whether or not to raise fees for big developers.

According to the Citizen, The CBA ordinance was introduced by Leslie Hairston and Jeanette Tailor, aldermens for the 5th and 20th wards, respectively. These wards would be most affected by gentrification when the Presidential Center is established. While the CBA ordinance focuses mostly on housing, other ordinances are reportedly in the works.

When questioned about requirements for employment and education opportunities at a press conference, Leslie Hairston said “You eat an elephant one bite at a time.”

Smart Saver, a grocery store on the corner of NE 23rd and Martin Luther King Boulevard in Oklahoma City, is closing its doors, reports Oklahoma’s News 4. The store’s closing, will leave behind a food desert in the Northeast region of the city.

According to independent media org NonDoc, Smart Saver is expected to close on Monday. Residents claim the closure was never formally announced, instead passing via word of mouth.

“It’s just frustrating that people see our community as literally an opportunity zone, but we can’t get a local grocer to want to do quality business in our community…It’s this feeling of, ‘You are unworthy and undeserving.’” said culinary arts instructor Chaya Pennington-Fletcher.

A limited selection of groceries will be available at Family Dollar and Cash Saver, but other grocery stores are far away. Dollar stores tend to take away profits from grocery stores without providing fresh foods and produce, but still driving supermarkets away.

Simone Graves, director of executive office to the CEO of Smart Saver and other grocery chains declined News 4’s request to comment.

Some News From the World of Opportunity Zones…

Last week, the Boulder Planning Board recommended the City Council end a moratorium on construction projects in the city’s Opportunity Zone, reports the Daily Camera. The moratorium has been active since December.

Boulder had used the moratorium to update land regulations within the opportunity zone. The new regulations should spark more affordable housing units and limit office space. Investors looking to develop in the area would be eligible for tax-deferred cash infusions.

Meanwhile, Atlanta will receive $920,000 from the Rockefeller foundation to fund a Chief Opportunity Zone officer, Fox 5 Atlanta reports. The aim is to ensure that Opportunity Zone investments lift all boats, “not just the yachts,” Rockefeller president Rajiv J. Shah said, according to Saporta Report. These opportunity zones will help promote affordable housing in Atlanta’s neighborhoods of Pittsburgh, West End, Grove Park and even parts of Downtown.