President Obama Continues Push for Manufacturing, this Time In North Carolina – Next City 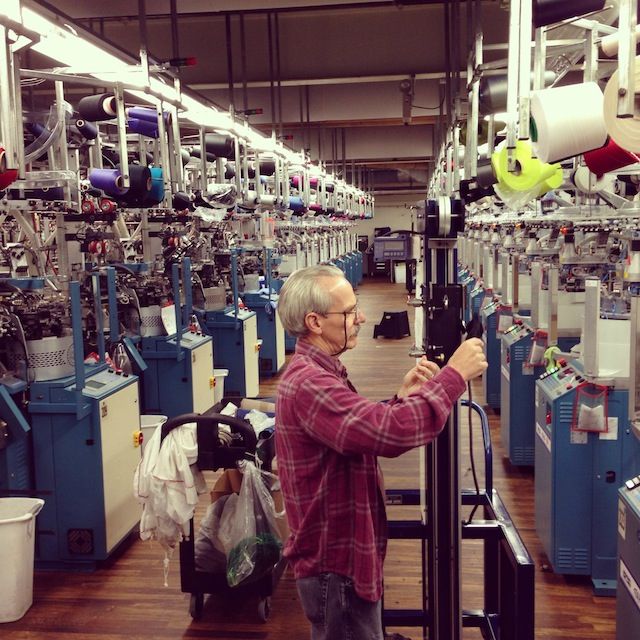 President Obama took the stage at North Carolina State University on Tuesday to make good on a promise from his 2013 State of the Union: A new commitment to high-tech manufacturing. N.C. State will work with 18 businesses and six universities on a new manufacturing innovation institute, to open at the university’s Raleigh campus.

North Carolina has a rich history in textiles, from denim to socks, and while high-tech manufacturing may feel like an odd fit — why not Silicon Valley, some may ask — Obama’s commitment dovetails with what’s already going on in the region.

“What the president is endorsing is in line with what tech clusters and start-ups are trying to do here,” Wanona Satcher, creative director of Durham’s Urban Innovation Center, told me. “It aligns with what the trends are as far as where we want to go as a region.”

Commonly referred to as The Triangle due to the close proximity of three world-class universities — those are Duke, the University of North Carolina at Chapel Hill and N.C. State — the region has the talent base to make such a manufacturing hub work. And, as Satcher said, it was already a regional focus before the president came to town.

While in town, Obama visited Vacon, a company that manufactures electric motor parts, and made it a focal point of his speech.

“So the reason I came here today is because we’ve got to do more to connect universities like N.C. State with companies like Vacon to make America the number-one place in the world to open new businesses and create new jobs,” the president said. “We want to do that here in North Carolina, and we want to do this all across America.”

There’s no denying that this is some Grade-A stump speech rhetoric, but the White House has flexed its muscle on this program. Obama’s initial plan imagined 15 institutes as part of a $1 billion project would have needed congressional authorization. But, in an effort to make the project viable with less congressional headache, the president trimmed it down to three and used executive authority.

The institute at N.C. State — which got a five-year, $70 million grant from the Department of Energy and $70 million in nongovernmental funds, including investments from fellow manufacturers Delphi and John Deere — is the first of those three, though an opening date doesn’t yet appear to have been released. The other two institutes will be announced in the coming weeks.

Now, this could all come back to blow up in Obama’s face if the institute fails to create enough jobs to support a true manufacturing “cluster.” But as we suggested last week, a modern-day War on Poverty needs new tools, so why not make them right here on our own soil? These institutes of innovation could create many well-paying manufacturing jobs both in and out of the knowledge economy.