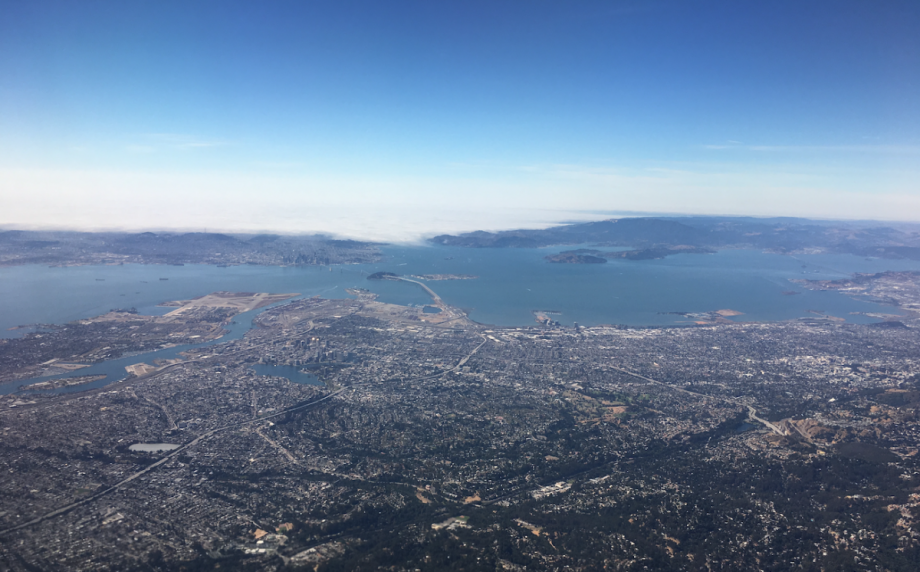 YaVette Holts is a long-time South Berkeley resident, but she says the rapid development in the city has managed to make it disorienting.

“My son and I were driving home from a different direction than we usually do, and we almost got lost,” says Holts, founder and executive director of the Bay Area Organization of Black-Owned Businesses, known as BAOBOB. “We both were like, ‘Where are we? I don’t even recognize this place.’”

On that occasion, Holts says a mural helped orient the pair. “It’s eerie because of the way the landscape has changed,” she says.

As older buildings are knocked down to make way for apartment complexes and larger developments, the landscape isn’t the only thing to change. Small businesses also often struggle to survive as rents increase and customer bases change.

Berkeley hasn’t tracked whether small business closures have increased as the area has become a hotter real estate market. Jordan Klein of Berkeley’s Office of Economic Development said that it wasn’t possible to draw any conclusions without real data, but added that his office plans to introduce a new “exit interview” protocol this year in order to begin tracking the reasons small businesses close.

Oakland, on the other hand, has been tracking small business starts and closures. That tracking actually revealed a jump of 50 percent for black-owned businesses and 56 percent for Latino-owned enterprises between 2007 and 2012.

“We do know that rents are going up, but that hasn’t necessarily caused a departure of businesses,” says Marsha Murrington, who currently works at Oakland’s Department of Economic & Workforce Development. She points to the practice of subdividing spaces to reduce rental costs as one strategy becoming more popular.

Oakland’s Economic Development Strategy for 2018-2020 says that 51 percent of the city’s 44,800 small businesses are owned by people of color. More than 4,000 businesses have opened in the city since 2010. Racial wealth disparities persist, however, and the strategy document says the city aims to provide support to a thousand businesses per year in order to help them survive and thrive.

But every new small business doesn’t start from the same point — some have access to more kinds of capital than others, meaning they have more flexibility to grow and adapt as neighborhoods change.

“Minorities, and women as well, when they’re starting a business, they tend to do so more with their personal assets,” says economist Kate Bahn.

Bahn co-authored a report for the Center for American Progress: “A Progressive Agenda for Inclusive and Diverse Entrepreneurship.” Using personal assets such as credit cards, Bahn explains, puts an entrepreneur at greater financial risk. As the report notes:

“These historical economic barriers, such as redlining, still affect people today,” Bahn says. “So, if you weren’t able to buy a house or if your house was very low value … means you can’t leverage that in order to get more funding to start a business.”

Holts and others have been pushing for proactive measures to ensure that both long-standing black and brown small business owners, as well as new entrepreneurs, get the support they need to stay open and grow. For example, Oakland City Council designated a business district corridor along 14th Street, the Black Arts Business and Movement District. The district aims to “highlight, celebrate, preserve and support Oakland’s Black artists and business owners.”

Holts explains that the resolution requires new developments to set aside a budget line for an “impact fund” that will be under the management of the Black Arts Movement District Community Development Corporation, newly created to work with businesses along the corridor. Part of the money, Holts says, “was set aside to be used as a technical assistance program that may have been displaced or that were at threat of being displaced.”

Malaka Wilson-Greene, 29, was one of the first cohort of graduates from the Brick and Mortar program. Wilson-Greene teaches pre-school part-time, but in 2013, she and her best friend from high school started “Two Chicks in the Mix,” a cake-making business. Initially, Wilson-Greene says, the pair didn’t really think of what they were doing as a business, but after a couple of years, they began to take it more seriously. When they did, Wilson-Greene says that the longevity of their relationship has become an important asset.

“We have better communication than a lot of other people,” says Wilson-Green. “We’ve had plenty of arguments over the years, and we don’t have to explain to one another how important the business is. We know what our standards are. So, it’s good.”

Two Chicks in the Mix serves both the Bay Area and Los Angeles, Wilson-Greene’s hometown, and she says it’s ready to take the next big step.

“We are looking to open a storefront, and really had no idea how to do it,” Wilson-Greene says. “We had had that goal for about six months before the class, but weren’t really gaining traction about what actual steps we needed to do to accomplish that goal.”

The Brick and Mortar class “demystified a lot of things for us, like getting funding and the lease process and the things you need to do way before that, like numbers,” Wilson-Greene says. They even found a lender — The Runway Project, whose goal is to fill in the “friends and family” capital gap for entrepreneurs of color (see Next City’s previous coverage).

“It shouldn’t be something to be ashamed of if you do get a loan, and you can’t really do it without that infusion of money,” Wilson-Greene says. “We’ve reached that point where we’ve done everything we can on our own, and so to really grow, there’s things that you need to invest in.”