Oaklanders Start Crowdfunding Private Security for the Masses – Next City 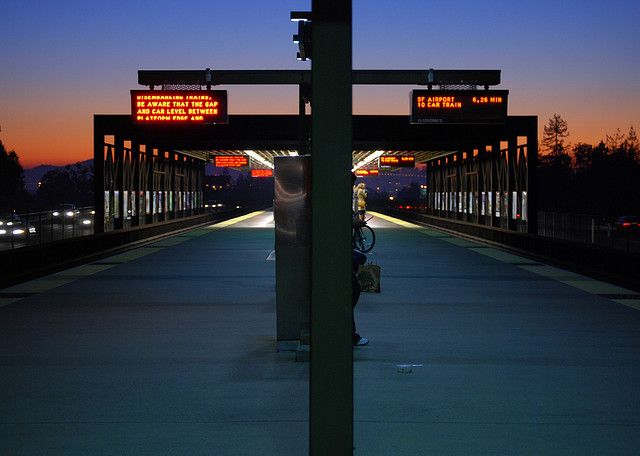 Over on techPresident, Sam Roudman reports that people in Oakland’s Rockridge section are “crowdfunding” money to pay for private security forces. Crime is up in that part of the city, and the neighborhood seems to have been particularly rattled by a daytime robbery perpetrated against a carpool line at the local BART station. Set that against a troubled police force, and locals are looking for an alternative. Here’s Roudman:

“We shouldn’t have to do this,” says Steven Kirsh, who is running the last of the three Rockridge campaigns, “but we need to do this.” He doesn’t see the Oakland Police Department suddenly getting more resources, so in order to protect his belongings, family and property value, the $82 per household doesn’t seem like much to ask, for 12 hours of patrolling five days a week. For a four month trial it will work out to less than a dollar a day. Krish is also hoping that the relative cheapness of private security in Rockridge might opens the door to “educate other people if they’re not aware of this sort of model.”

The San Francisco Chronicle reported last month on the fact that more and more people in Oakland are opting for private security, and the Christian Science Monitor has covered similar trends in Atlanta and Detroit. The idea of funding that work via an online platform has caught fire. A Crowdtilt campaign for patrolling the area north and west of the Rockridge BART station has raised nearly $16,000. One for the southwest region has raised nearly $24,000. Another covering the east side of College Avenue has raised $5,000. Under the plans, a private security firm is offering to patrol for limited hours for a four-month trial period, provided that at least 100 households in each service area pledge $20 month.

Gawker, unsurprisingly, goes with the mocking headline, “Scared Gentrifiers Crowdfunding Money for Their Own Private Cops.”

Of course, there are real concerns about the adoption of private security forces, even if they can’t do anything other than conduct a citizen’s arrest. Roudman points to MIT’s Ethan Zuckerman, who highlights the fact that shrinking the sphere of government responsibilities, even out of desperation, starves the concept of “public goods.” That a neighborhood is willing to take on its own protection, the thinking goes, validates security as one less thing a government is expected to provide. Private security firms are responsible to their customers, not the public at large, which only further weakens the concept that Americans are all in this together.

All that said, one thing missing from the debate seems to be an awareness that hiring private security is hardly new in the U.S., nor all that unusual. Security used to be a largely private affair, until public police forces began being routinely set up in the mid-19th century. As recently as 2003, a case study found that some 1.5 million people were employed in private security in the country, vastly outnumbering the 600,000 or so police officers.

The hitch, though, was that private security wasn’t something that the masses took advantage of. These cops-for-hire were employed by companies, gated communities or others with the resources and wherewithal to put them on contract. “Hiring private security” was shorthand, even, for being a member of the 1 percent. Historian and social critic Christopher Lasch wrote about this in his 1995 book, The Revolt of the Elites and the Betrayal of Democracy:

To an alarming extent the privileged classes — by an expansive definition, the top 20 percent — have made themselves independent not only of crumbling industrial cities but of public services in general. They send their children to private schools, insure themselves against medical emergencies by enrolling in community-supported plans, and hire private security guards to protect themselves against the mounting violence against them. In effect, they have removed themselves from the common life. (Emphasis added.)

With a platform like Crowdtilt, though, $20 a month is manageable for many families, especially those worried about their safety. And rather than spending hours in neighborhood association meetings, you can sign up to back the private security campaign in just a few minutes. For better or for worse, it’s the democratization of private security.

In the Christian Science Monitor’s piece, the CEO of one Oakland firm said, “We’re not getting calls from lower or middle income neighborhoods. Generally it’s the neighborhoods that can afford it and it’s generally the neighborhoods that have the most to lose.” That dynamic is shifting. Whether that’s a good or bad thing, it’s worth keeping in mind that we’re hearing a particular hue and cry when regular people can access such protections.