INFOGRAPHIC: In Oakland, Gentrification Hasn’t Meant Less Poverty Or a Drop in Crime – Next City

INFOGRAPHIC: In Oakland, Gentrification Hasn’t Meant Less Poverty Or a Drop in Crime 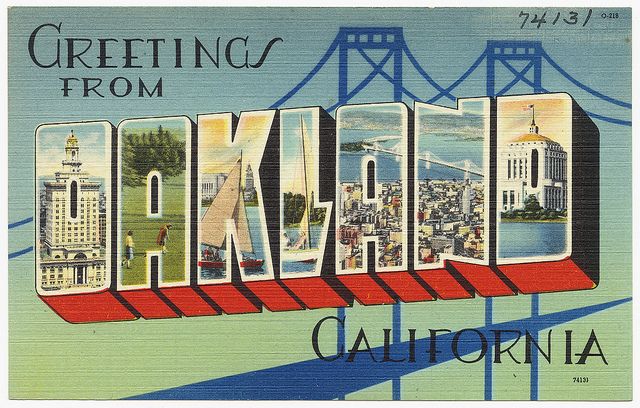 This week’s Forefront story explores Oakland’s changing demographics as Mayor Jean Quan vies for reelection next fall. The city has changed drastically, especially in the last few years, and is starting to experience what many cities do when they begin attracting new residents: Displacement, widening inequality and quality-of-life improvements only in the neighborhoods where newcomers have settled.

“Despite an influx of well-heeled residents and the presence of a few tech companies, such as Pandora, the free market has failed to work its vaunted magic,” Sarah Goodyear writes. “All boats are not rising with this tide, and very few people in Oakland — rich or poor — feel like the city functions as it should. In a recent poll, only 27 percent of voters said they feel like Oakland is on the right track.”

People are fleeing San Francisco for lower rents in Oakland. This got us thinking: What happens when new folks come into the neighborhood, bringing their higher incomes and stable jobs with them? We looked at the FBI’s crime statistics and the Census Bureau’s annual American Community Survey (ACS) to see how violent crime, median household incomes and poverty rates have changed since 2005. (If that feels like an arbitrary starting point, we chose it because that’s as far back as year-to-year poverty numbers from the ACS stretch.)

We found that while coffee shops are popping up, so are Oakland’s crime rates, as you can see in the graphic below. Though violent crime has dropped a few times along the way, rates last year were much higher than they were in 2005. 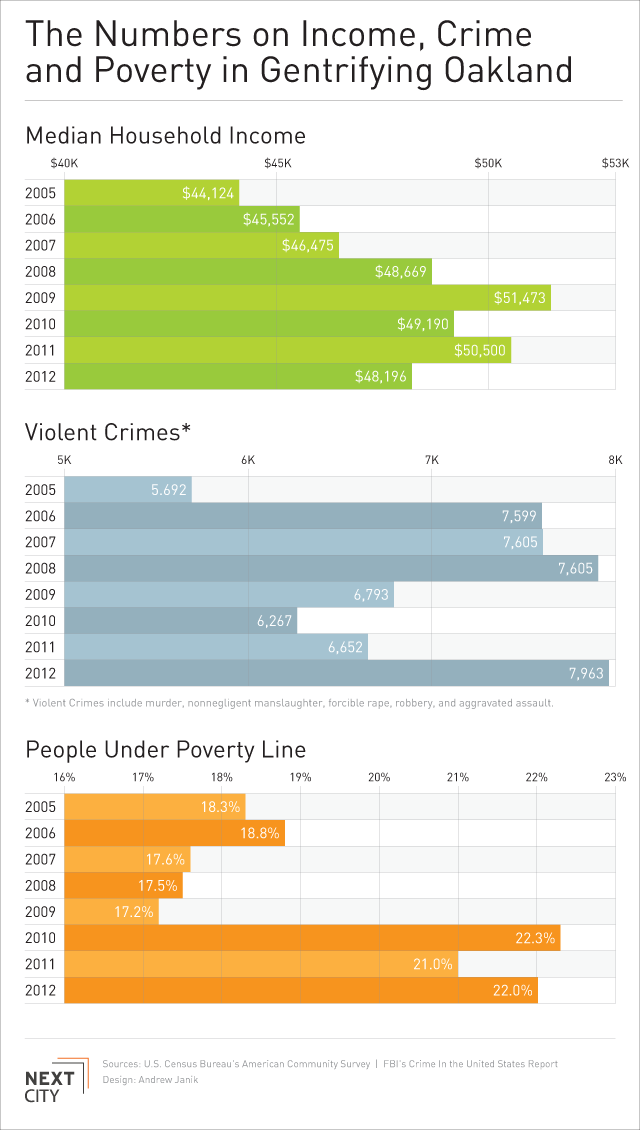