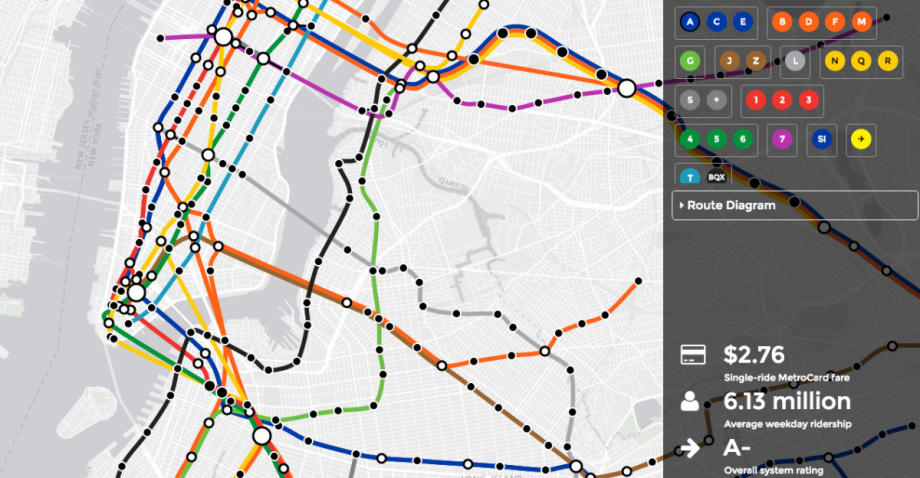 Ever long for a better Queens to Brooklyn connection? Dream of a subway line that perfectly links your house and job? Fretted over what will replace the L train during its impending closure? A new online game puts the NYC subway system into users’ hands, allowing players to tinker with — and even completely reroute — the subway, Robert Moses style. The game, titled Brand New Subway, is a submission into a game design competition based on “The Power Broker,” the seminal biography of New York City’s most controversial urban planner. The competition welcomed submissions in both video game and table top board game categories, to compete for a top prize of $2,000.

Brand New Subway was designed by Jason Wright, an electrical engineer from Crown Heights, and released this weekend for the July 29 deadline. The game allows armchair urban planners to start from today’s subway system, from a vintage 1972 map, from a planned 2025 map, or to take it all the way back to the drawing board and design a subway from scratch. As the player adds routes and stops, the game uses Census and MTA data to estimate ridership and calculate a Metrocard fare. Each imagined map also receives a letter grade for its affordability and accessibility. Today’s system, without any tweaks, gets a B.

“I kind of hope the game evokes how transit affects communities and helps users figure out what’s their personal connection to the system,” Wright told AM New York. “There’s an inherent fun in imaging this within the context of the real world.”

On his website, Wright also drew comparisons between the game and Moses’ biography. Though the man himself didn’t hold mass transit in high regard, Wright encourages players to adopt Moses’ ruthless imagining and participate in the fantasy of total power afforded by similar games, like SimCity. In a Medium post announcing the competition, creator Tim Hwang wrote that winning submissions should “preserve the flavor and themes of the written work, while leveraging the unique opportunities the game medium provides.” A jury of eight will play through the games, and winners will be announced in early September.