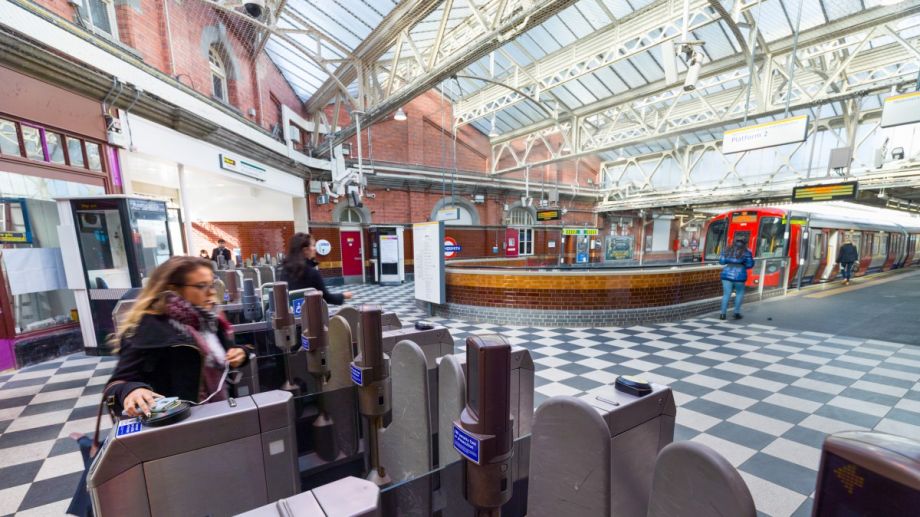 A woman pays her Tube fare with her phone at Hammersmith Station in London. New York's new contactless system will be similar. (Credit: Transport for London)

Last July, a £15 million (about $19.7 million USD) deal between Transport for London (TfL) and fare tech company Cubic Transportation Systems (CTS) allowed for the expansion of a novel, contactless ticketing system beyond the UK city. Now, New York appears to be reaping the benefits of that deal. This week, the city’s Metropolitan Transportation Authority approved a $573 million contract for a new fare system adapted from the one already used by Londoners and designed by CTS.

The new system will replace the city’s iconic MetroCard, also designed by CTS and implemented in the ‘90s, but MetroCards won’t be discontinued until 2023, the New York Times reports. The new card readers will begin appearing in stations next year, and then passengers will be able to either pay their fares the new way — by waving or tapping their smartphones, credit cards or debit cards — or with a MetroCard, until 2023.

As the Times points out, the deal comes amid a difficult year for the city’s transit system, with delays, rush-hour malfunctions and even a derailment, all of which have raised concerns about whether the subways are safe (and prompted a good deal of gloating from Chicago Mayor Rahm Emanuel). Thus the new system could boost ridership, but do little to help trains struggling at their current capacity. From the paper:

Officials see the new payment system as a way to make getting into subway stations and onto buses faster, though that could bring more passengers into a system that is already straining to handle the millions it carries every day.

Still, streamlining efforts are largely viewed as essential to the future of public transit by advocacy groups and germaphobes alike — whether through contactless boarding for trains or all-door boarding (with fare enforcement officers onboard) for buses or some kind of “super card” that can shift between modes.