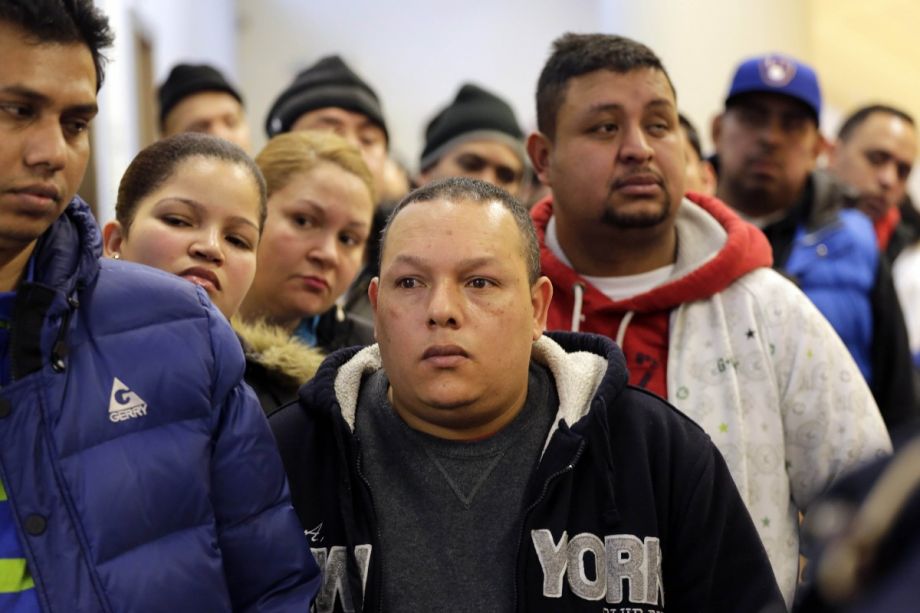 People wait in line at the Bronx Library Center to apply for New York City municipal ID cards on the first day they were available a year ago. (AP Photo/Mark Lennihan, File)

It’s been a little more than a year since New York City’s municipal ID program debuted to an overwhelming flood of applications. Now, with more than 730,000 New Yorkers signed up for the card, a new set of rules aims to further expand access to marginalized groups.

IDNYC, as the municipal ID program is called, was created to provide New Yorkers of any immigration or residence status access to city services, education and more. It can also mean the difference between a police summons and a trip to the station. Though the program has seen hiccups, for the most part IDNYC marks one of Mayor Bill de Blasio’s more successful endeavors.

However, despite the card’s popularity — there are more IDNYC cardholders than residents of Washington, D.C. — access remains blocked for crucial populations.

According to the city’s Human Resources Administration, which administers the municipal ID program, some are cut off from the card because their primary identity or residency documents are not accepted on the application.

These New Yorkers span the recently incarcerated, refugee children and residents with mental impairments, among others.

“Many of these applicants are among those with the greatest need for government-issued photo identification to help them connect with public and private sector services, programs and benefits,” the HRA states.

Therefore this month the agency will introduce a slew of modifications to IDNYC application rules to expand access to these groups.

The HRA will also accept new documents from the Office of Refugee Resettlement and has written new rules regarding who can serve as a caretaker to support a minor refugee’s application.

The application changes come on the heels of another, flashier expansion to the municipal ID program.

In December, de Blasio announced that IDNYC perks would extend through 2016. These perks serve as incentives to sign up for the card and include free museum memberships, entertainment discounts, and supermarket and prescription discounts.

Seven new benefit partners joined for 2016, from the Guggenheim to the New York City Football Club. The card will also remain free until the end of the year.

The card is currently not valid at bars and liquor stores, which Council Member Ritchie Torres told the Daily News “defies common sense.” In March, Torres introduced a resolution calling for the Alcoholic Beverage Control Law to be amended to recognize IDNYC.

However, unlike cultural partnerships or application rules, the ABC Law is not something the city can control. Torres’ resolution is nonbinding and such a decision would ultimately have to come from the state legislature.