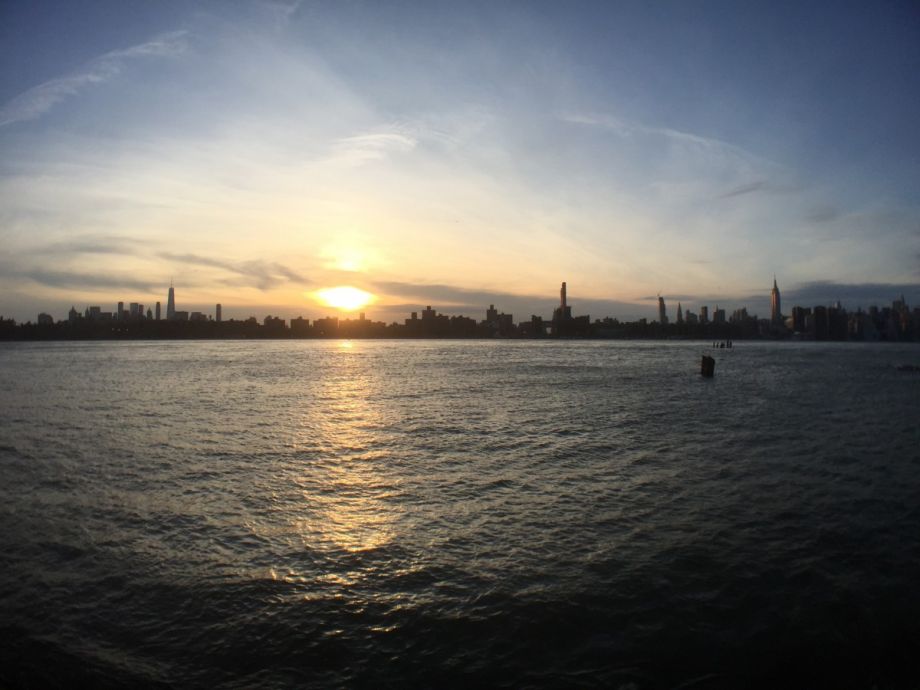 With its former U.S. senator and a son of Brooklyn fighting it out for this year’s Democratic primary, New York City is primed for a big election next Tuesday. As big as Tuesday might be, it won’t come close to 1989, at least with respect to the city itself. In that year’s election, not only did NYC vote for its first and so far only black mayor, David Dinkins, voters also approved the most sweeping overhaul of the city’s charter to date.

In the 1989 city charter overhaul, voters eliminated something called the Board of Estimate, which had immense powers over zoning and land use, contracts, and the budget. Much of that power went back to the New York City Council, which also expanded from 35 members to the current 51, in order to give candidates of color a better chance of being elected. The city had already become a majority-minority city earlier in the decade, but city council was still majority white.

“The charter revision commission was very attentive to the shifting demography of the city, and the need to make government be more responsive to the changing city,” says Brad Lander, who was elected to the council in 2009 and represents parts of Brooklyn.

Buried deep in the 1989 city charter revision is a requirement intended to help drive responsiveness to changing demographics: The mayor must submit an annual report to the City Council “analyzing the social, economic and environmental health of the City and proposing strategies for addressing the issues raised in such analysis.” For 15 straight years, from 1990 to 2005, NYC mayors complied with this requirement.

“It appears that the last administration felt they could take a shortcut without anyone noticing or doing too much protesting. They sought to say they were complying through the mayor’s management report,” Lander explains. 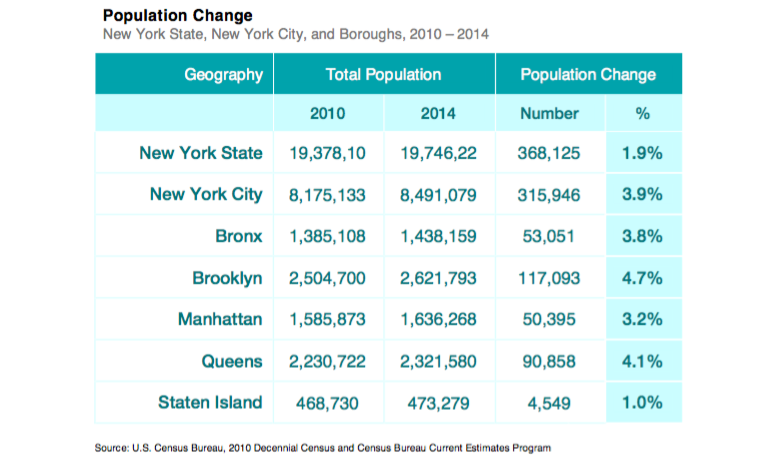 The report is structured along eight sections: education; health and wellbeing; housing; empowered residents and neighborhoods; economic security and mobility; core infrastructure and the environment; personal and community safety; and diverse and inclusive government.

Each section lays out several indicators relevant under each domain, with explanations for each indicator and, if possible, a link to where the data is publicly available. Much of the data can be found through the city’s own Community Portal. Sections continue with relevant policies and programs under each domain.

All of the data found in the report is also available to download as a spreadsheet, disaggregated by community district (in NYC, not the same as council districts, but more important for community organizing), going back as far as 2005. 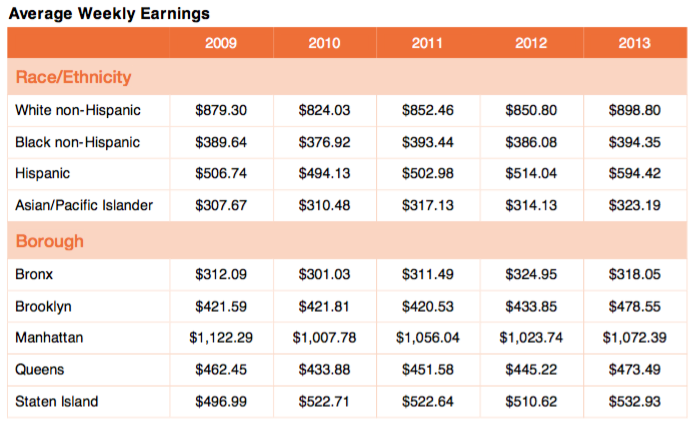 “Taking a good hard look at the social indicator data, especially with real attention to equity, to the different ways that things have a different impact on New Yorkers disaggregated by race, income, gender, ethnicity or neighborhood, that’s a very important thing to do,” says Lander. Before taking office, the councilman spent two decades as an affordable housing and community development organizer in Brooklyn. Since taking office, he became the founding co-chair (along with Council Speaker Melissa Mark-Viverito) of the City Council’s Progressive Caucus.

Lander has also made data on equity a key element of his work so far in city council. “I’ve been talking with them about [this report] for a long time,” he says.

In 2013, he got legislation passed that required the mayor to produce an annual report on poverty and strategies to reduce it, using a measure of poverty developed by the city’s Center for Economic Opportunity (CEO), under the Bloomberg administration. The measure is customized to take into account factors contributing to high costs of living in NYC, such as housing, instead of the federal measure of poverty that focuses mostly on the cost of food. The report includes the center’s poverty percentages disaggregated by gender, age group, race, citizenship and community district.

“Other poverty measures miss a lot of the most critical things,” Lander says.

“It’s not surprising given the conversations we’ve been having, but to see it laid out is striking,” Lander says. 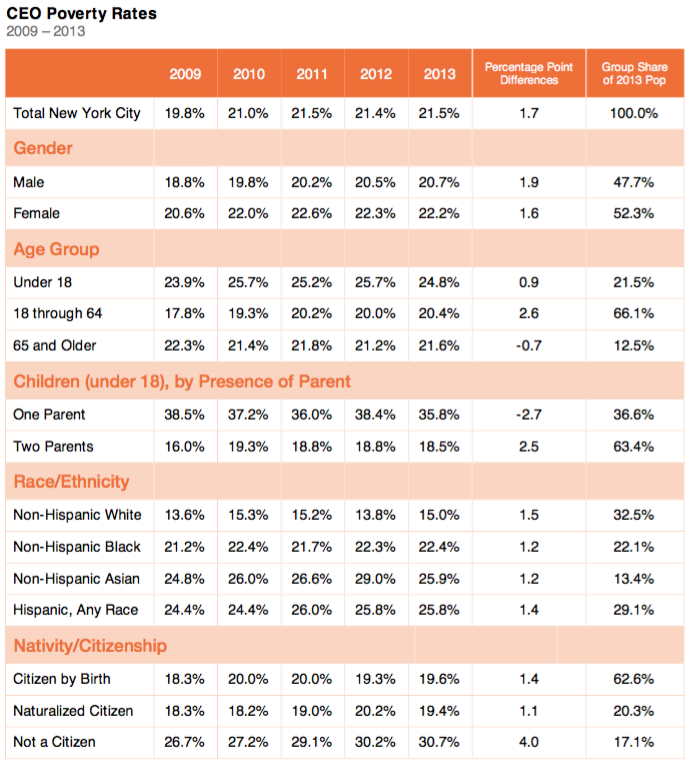 Lander was also quick to note what data was not included in the report. In 2015, he got legislation passed requiring the city’s Department of Education to issue an annual report on diversity (or the lack thereof) in NYC schools. The city complied, issuing the first such report on December 31, 2015. Despite its availability, this data was not included in the 2016 NYC Social Indicators Report. “That to me is something that belongs in this report,” Lander says.

The real question now, Lander says, is whether the annual report will be used by the city, by policymakers, by advocates to really identify problems and drive new solutions to them. The city has put out more and more data each year, including data on its own spending, freely available and becoming more and more user friendly to browse. The indicators report adds to that tool set for advocates to hold policymakers accountable, and for policymakers to hold themselves accountable.

One piece of good news in the report: New York City government is now a majority-minority employer, reflecting its stakeholders. The bad news? Elected officials and administrators remain majority white.

“It’s not something that I, to be fair, have done a lot of work on,” Lander says. “Though the trends are decent, better on race than they are on gender.”