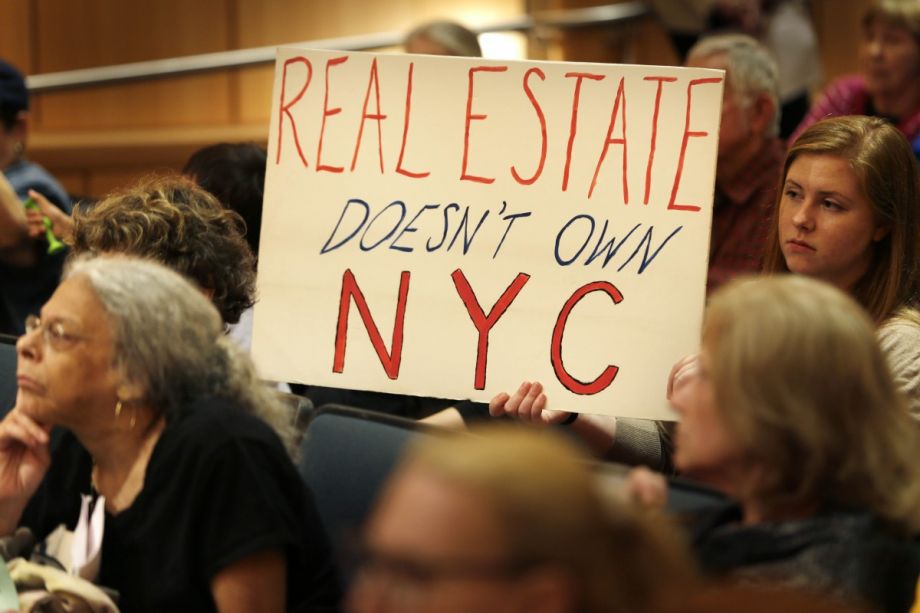 New York City landlords trying to drive their tenants out with noisy construction work — and take advantage of the city’s hot market with new renters — will have to answer to a new Office of Tenant Advocates.

The office, which will be in the Department of Buildings and monitor construction-related complaints for landlord harassment, is one result of an armful of tenant protection bills (18 total) passed by the New York City Council Wednesday. Other measures impose more severe penalties for doing unpermitted construction work, increase regulations where construction is being performed, require that permits posted at construction sites indicate when the building is occupied, classify visits or phone calls from landlords at odd hours as intimidation, and allow Housing Court judges to award damages to tenants bringing successful harassment claims against their landlords.

As journalist Ben Adler wrote for Next City in June, tenant harassment is one of the more insidious unintended consequences of New York rent regulation. “Although there isn’t authoritative data available, tenant rights advocates say that because the city’s rising market-rate rents have increased the incentive for landlords to get rid of rent-regulated tenants, harassment has spiked in recent years,” he reported.

A landlord’s motive is simple: Bring in a new tenant and you can hike the rent. And while some progress has been made on renters’ behalf — Mayor Bill de Blasio signed three new laws to curtail aggressive “buy-out” tactics in 2015; City Council approved a bill in July that will provide tenants facing eviction with legal services — some housing advocates worry that the council’s actions don’t go far enough. Among the reasons: A state-allowed “vacancy bonus” permits rents to rise as much as 20 percent between tenants.

“Eliminating the vacancy bonus would mean rents are actually stabilized, as opposed to going up between tenants, and it would dramatically reduce the incentive for harassment,” Katie Goldstein, executive director of Tenants and Neighbors, told Adler. But the Republican-majority state Senate and a governor with pro-business leanings both pose significant hurdles. “Our bills always pass the Assembly but not the Senate, and Gov. [Andrew] Cuomo has not been a friend to us because of his massive support from the real estate industry.”

City Council Member Helen Rosenthal sees the collection of bills as an important step, however.

“While many at [the Department of Buildings] do important work on behalf of tenants, the bureaucracy just isn’t in place to make tenants’ voices heard,” she said, in a release about the bills passing. She pointed to one of the bills, which “will change that, giving tenants a dedicated watchdog and workhorse on their behalf.”