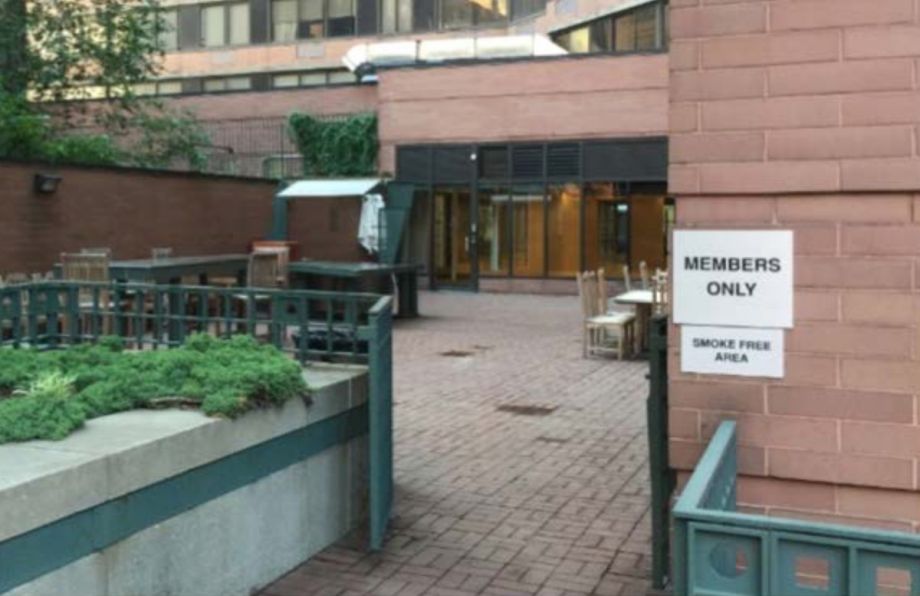 In the 1960s, New York City pioneered a zoning agreement that let developers build bigger buildings in exchange for creating public spaces, with amenities, outside those structures. (Think that plaza where workers on a “lunch break” hurriedly eat a sandwich or check their phones, or a little circle of pavers with oversize planters.) NYC Comptroller Scott Stringer recently cast a critical eye on the result of those deals — 333 “privately owned public spaces,” or POPS — and has found that the city isn’t monitoring them well. He charges that many developers are benefiting (to the tune of 23 million square feet of bonus floor area), but not providing sufficient public access.

According to the comptroller office’s audit of all the spaces, released Tuesday, 182 POPS were violating the rules in some way, and many of them haven’t been inspected in years. Offenses include public access restricted by some type of fence or barricade; signs stating “For Private Use Only”; a lack of required amenities such as artwork, bike parking, drinking fountains, elevators, lighting, seating and trees; and restaurants taking up part of the public space with their tables and chairs.

“New Yorkers are literally getting cheated out of tens of millions of dollars in public space — and the city is willfully choosing to do nothing about it. Public resources are effectively being given away at the expense of all of us,” Stringer said in a statement.

According to the comptroller’s report, the city only inspects POPS when individual complaints are received, which allows some violations to persist for years. (The departments of buildings and city planning are the overseers.) Stringer’s office found that 275 of the 333 POPS had not been inspected by the DOB for at least four years. Of the 58 that had been inspected in the past four years, 41 were not in compliance with requirements, yet only 18 violations were issued in 10 of the locations. Follow-ups on complaints were found to be lacking too.

According to the NYC comptroller's office, “auditors who attempted to inspect [privately owned public space at 101 Barclay Street] were stopped, an attempt was made to prevent photographs, the auditors were escorted to the security office and questioned, and were informed that they were prohibited from further entry into the building’s lobby, notwithstanding the fact that it is a POPS location and so a public space.” (Credit: Office of NYC Comptroller Scott M. Stringer)

The DOB told the New York Times that it had improved its response time for complaints about the spaces in recent years. “As we continue to drive down these response times, we are making long-overdue improvements to hold accountable property owners who ignore the rules and fail to honor their agreements,” an agency spokesman, Joseph Soldevere, said in a statement. “We are determined to keep these spaces open to the public.”

The city planning department told the Times that it would continue to work to “ensure that these spaces provide their required and valuable amenities.”

Stringer called for a top-to-bottom review of all the locations and asked the DOB to “vigorously enforce the law.” If the city will only do inspections when it receives constituent complaints,” Stringer said, “then both as a New Yorker and as comptroller, I want this audit to be considered a formal complaint about every location we found to be in violation of its agreement.”

According to Gothamist, the last comprehensive survey of the city’s POPS was completed in the late 1990s by the planning department and Harvard urban design professor Jerold Kayden. That survey found similar levels of noncompliance, but since then, the only public record of POPS violations has been on a website run by Kayden.

The state of the POPS program has received other headlines because of the $14,000 in fines filed against the Trump Organization for violations at Trump Tower. Now President Donald Trump’s company removed a bench meant for the public near the lobby entrance and replaced it with kiosks hawking Make America Great Again swag. One of the building’s terraces, which are supposed to be open to the public along with the lobby, has also been closed due to construction.