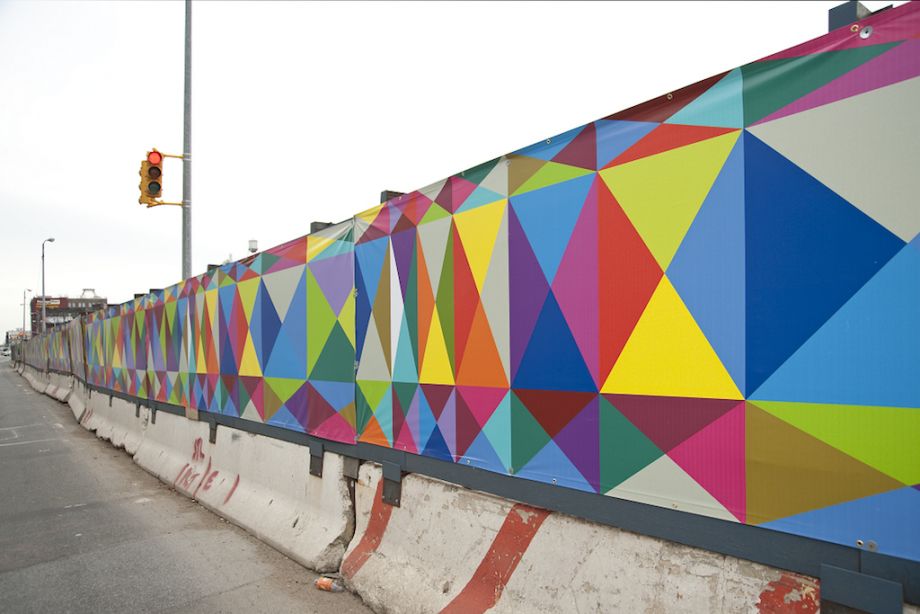 A constant of New York City life — besides MTA delays — is scaffolding. Last year, the city had 280 miles of scaffolding, according to a city map (and a New York Times story) released last year. Today, there are more than 300 miles of construction fences and scaffolds, also known as sidewalk sheds. The oldest one is 20 years old.

While the fences and sheds aren’t going away any time soon, they might start to look a little more attractive: Artnet reports that the NYC Department of Cultural Affairs, Department of Buildings and Office of the Mayor are amending city codes to allow art on those sidewalk sheds and fences.

The initiative is called City Canvas, and it’s a 24-month pilot to “improve the pedestrian experience” by adding art and “increase opportunities for cultural organizations and artists” to present art.

The program kicked off last month with an open call for proposals from local nonprofits, which closes today. Proposals must be site-specific, Artnet says, and should identify artists from the area near the site, if possible.

The city isn’t providing funding for the artists or organizations; the selected nonprofits will bear the cost of producing and installing the works. All the works must be printed or painted on vinyl, the application says — no 3D sculptures allowed for this pilot.

“Sidewalk sheds are unattractive, but they keep us safe,” said buildings commissioner Rick D. Chandler, PE, in a statement. “We’re proud to work with our partner agencies on this innovative program. If anyone can bring some love to the sidewalk sheds New Yorkers love to hate, it’s our city’s artists.”

Sidewalk sheds have been required on NYC buildings any time the facade is being worked on, the New York Times noted in 2016, ever since a Barnard College student was killed by a falling piece of terra cotta in 1979.

“City Canvas is an innovative way to support local artists and build community, all while beautifying otherwise unattractive construction sites,” Council Member Robert Cornegy, Jr., said in a statement. “I hope the many great cultural non-profits that serve our city take advantage of this great opportunity, and that it becomes a lasting initiative that brightens our public spaces for many years to come.” Cornegy represents Bedford-Stuyvesant and northern Crown Heights.

During the City Canvas pilot, the city is hoping to get proposals for at least one location in the city. With 300 miles of the stuff, it shouldn’t be hard to find at least one space to enliven with art.