NYC Map Shows Neighborhoods Most Impacted by Evictions – Next City 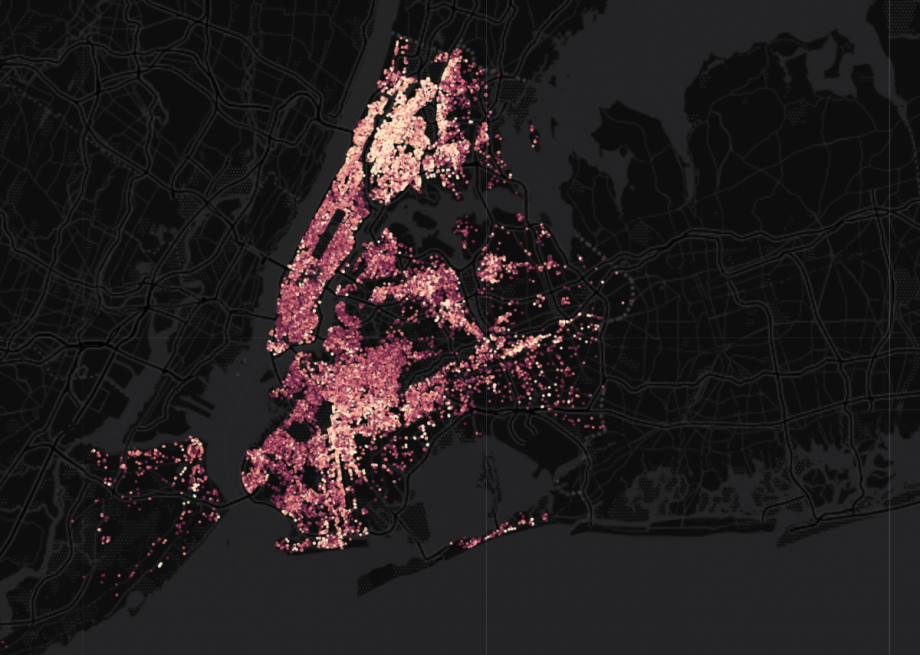 New York officials are increasingly arming up against evictions by passing tenant protections bills and funding legal services for renters losing their homes. But their homes are still being lost in record numbers, and a new tool shows which neighborhoods have been hardest hit.

The app comes from Brooklyn start-up JustFixNYC, which has mapped evictions filed in New York between 2013 and 2015, Gothamist reports. A total of about 450,000 evictions were filed, which resulted in between 25,000 and 30,000 actual evictions per year.

The tool shows evictions filed per building on a scale of 1 (pictured in dark red) to 392 (pictured in pale yellow). The yellow, which pops alarmingly against a black background, is clustered in areas like Crown Heights and Bushwick, which have been hit hard by gentrification. In Brooklyn, another area with lots of yellow, Ocean Avenue and Ocean Parkway, stands out for the number of evictions.

As Next City has covered, New York’s skyrocketing rents and bump in evictions have many complex causes, but one is a state-allowed vacancy bonus that permits rents to rise as much as 20 percent between tenants.