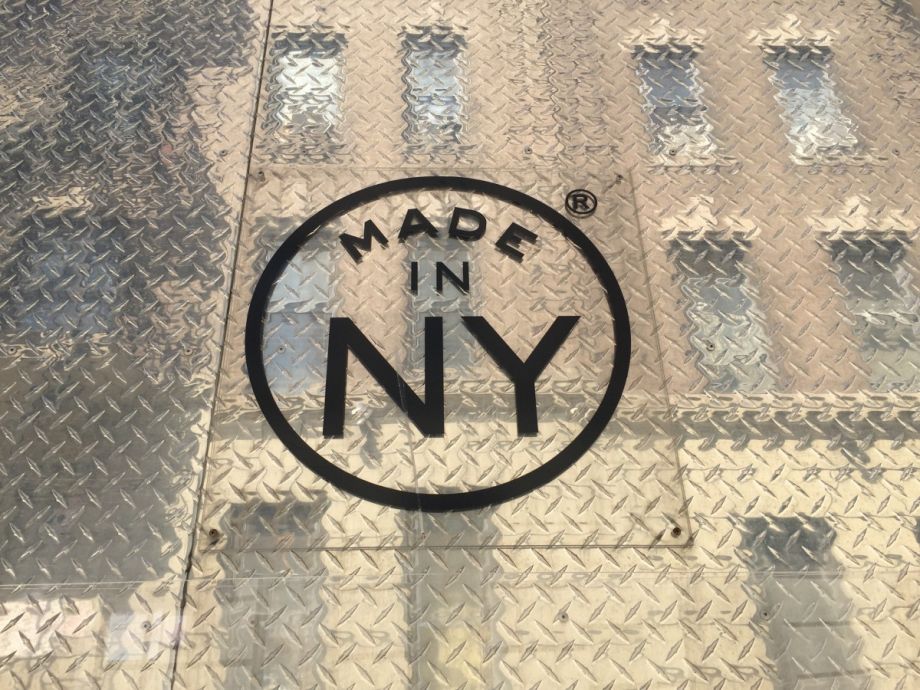 Jessica Perez is CEO and founder of Tycoon, a smartphone app for freelancers to track jobs and make sure they get paid. With over a decade of experience freelance modeling in the fashion industry, Perez has lived through the challenge of juggling multiple jobs, clients, agents and money.

“One of the problems I always struggled with was just knowing how much money I was actually making,” says Perez. “Fashion is an industry that tends to have long payment terms. I created Tycoon to give our population a better method of following up on checks that are owed to us.”

Perez is hardly alone. In a nationwide survey of more than 5,000 freelancers, respondents reported they lost an average of $5,968 in unpaid income in 2014, detracting 13 percent of the average respondent’s annual income. Half of freelancers said they had trouble getting paid in 2014, and 71 percent said they have had trouble collecting payment at some point in their career.

In the Tycoon app, Perez and her team originally listed 35 options for new users to indicate their profession, such as writer, photographer, musician, model, fashion stylist, tutor and translator. Since the app launched last year, users have listed another 111 professions under “other,” such as baker, birth professional, dental hygienist, farmer, financial adviser, mobile notary signing agent, pro golfer, wedding budgeter and yoga instructor.

Nearly 54 million people in America now participate in the freelance or “gig” economy, as it’s now sometimes called. Some do it for their main source of income, some to supplement their income. In NYC alone, the Freelancers Union estimates there are 1.3 million people who freelance. That’s roughly one-third of the city’s workers.

A new report from NYC Council Member Brad Lander’s office delves into the reality of the growing gig economy and the shortcomings of local, state and federal laws around freelancing, which leave people like Perez with little to no recourse to collect on severely late payments, no protections against discriminatory or predatory behavior, and other vulnerabilities.

“I’ve talked to a lot of gig economy workers at this point,” says Lander. The report includes quotes from a few of those conversations, as well as from testimony delivered at a council committee hearing earlier this year. Perez was one of those who testified.

“You can ask my family. They’re kind of sick of the conversations I have with drivers, yellow or Uber,” Lander says. “I prefer yellows.”

The council member says he’s heard from people who appreciate the flexibility, but when you push a little deeper, even while supplemental gig economy workers are happy about income on top of job, most people would like a job that pays enough in the first place.

“When you start to uncover the challenges of putting together a stable living, there’s got to be a way for people to have that,” says Lander. “It’s the erosion of the ability to put together a life around the job that you earn a living from and organize the rest of your life around. That has gotten even harder for people as a consequence of the flexibility that consumers are looking for and the profit that companies who rely on this model are pushing for.”

Lander hopes this new report will stoke the fires for action from his colleagues on the council. It includes recent examples from other cities, like Seattle, San Francisco and San Jose where policymakers or gig economy workers have fought for and made some gains to bring labor regulations in line with the new reality of the growing gig economy.

The report also includes a slate of short-term and long-term policy priorities for the council to act upon. First on the list: the Freelance Isn’t Free Act, which Landers introduced into council last year.

The bill would establish protections for freelance workers against non-payment or late payment. It would require any person or company who hires a freelance worker to execute a written contract that describes what work is to be performed, the rate and method of payment, and when payment is due. It would require payment in full within 30 days of the completion of services or of the payment due date under the contract, whichever is later.

In some cases, civil penalties of up to $5,000 could be imposed on companies that fail to pay freelancers, on top of making payments owed. If a freelancer wins a payment case, and companies still fail to pay what they owe, the city could impose an additional $100 per day in civil penalties. Freelancers may also win compensation for attorney’s fees and court costs.

Whether or not cases get held up in court, or land in court at all, the complaints data itself could be of tremendous value. The law will go into effect one year after it’s passed; the city would be required to report data one year after that, and every five years from then onward.

“We’re going to learn a lot about how to protect freelancers as the law is implemented,” says Landers. “We want to learn from the data collected.”

To draft the bill, the council member’s policy team worked closely with the Freelancers Union, which has around 150,000 members in NYC (out of around 300,000 members nationwide). It’s modeled largely after the same legal mechanisms that municipalities, states and the federal government have established to protect full-time workers against wage theft. That includes the power to proactively initiate investigations against companies or even certain sectors based on patterns of abuse revealed in data.

In 2009, the Department of Labor began using historical data to target proactive investigations against certain sectors plagued by wage theft against full-time workers. Since then, the federal government has recovered more than $1.3 billion in back wages and distributed those funds to more than 1.5 million workers, with hundreds of millions in recovered wages still waiting to be claimed.

According to one study, employers in New York City are stealing nearly $1 billion a year in wages from low-income, full-time workers.

Since 2014, for construction, building services, homecare or daycare, food services and some temp workers, NYC Comptroller Scott Stringer’s office has investigated and assessed $18 million in wage violations on city contracts, paying out $8 million in claimed wages so far. It still holds around $5 million in unclaimed wages for at least 1,000 workers.

The Freelance Isn’t Free Act could potentially broaden that kind of authority to cover all freelancers. “I think that having an agency to have the power to collect unpaid payments is important. What we’ve found is if a company has issues with one freelancer, it’s not an isolated issue,” says Caitlin Pearce, Freelancers Union’s director of member engagement.

The exact role and powers of the city to proactively investigate companies is still under discussion, as is the rest of the bill. The city agency most likely to enforce the new law is the Department of Consumer Affairs (DCA), which houses NYC’s newly created Office of Labor Standards (OLS). DCA was without a commissioner for several months earlier this year, delaying further action, and OLS meanwhile has been staffing up while also implementing the city’s new paid sick leave and transit benefits rules.

The new regulations would apply only for work more than $200 in value. “If your neighbor is a handyman and your sink is broken and you want him to come over and fix your sink, we don’t want to make that harder,” Lander explains.

A majority of NYC council members have already expressed support for the bill. “I’m quite optimistic that we’ll be able to move the bill forward this fall,” Lander says.