NYC Announces Overhaul of Services for Homeless – Next City 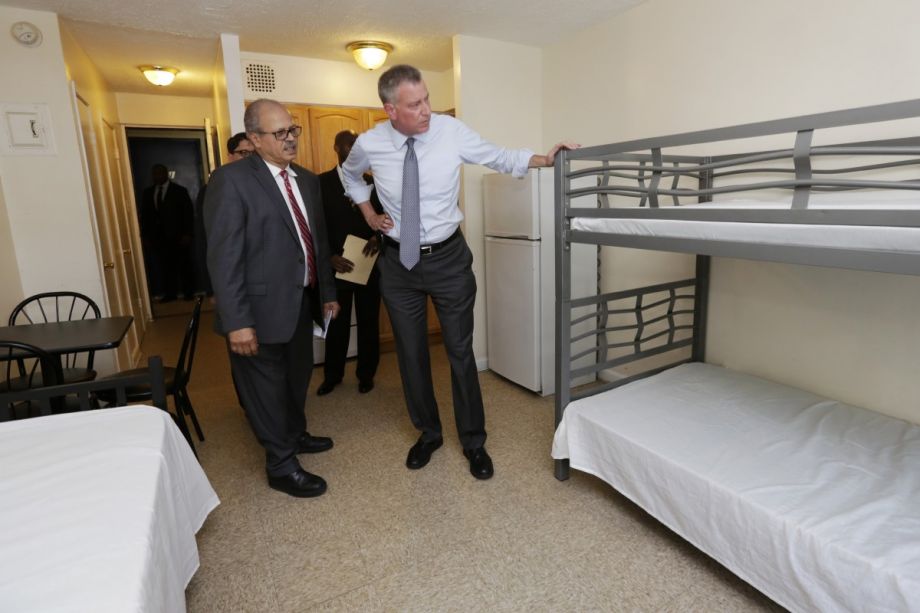 Agency restructuring is a cornerstone of the plan, with the Human Resources Administration (HRA) and Department of Homeless Services (DHS) to be consolidated under the Department of Social Services (DSS), reporting to current commissioner, Steven Banks. Staff currently working on homelessness prevention, rehousing and similar operations at DHS will merge with groups performing the same work at HRA. Because the two agencies will now share administrative services, the city estimates $38 million in savings that will help offset the $66 million cost of new programs proposed under the plan.

Those structural reforms flow into programmatic changes in four target areas: prevention, rehousing, street homelessness outreach and improving shelter conditions. The plan calls for better data analysis to proactively direct services to those most at risk of becoming homeless, including rental assistance to clients with mental health needs and those cycling between prison and homelessness. Outreach will also be targeted to families living doubled-up with school-age children, and those in youth shelters, before they age out. This pillar of the plan also calls on the state’s participation: creating joint task forces to develop alternatives to shelters for newly released inmates and treatment alternatives for residents of the city’s 27 mental health shelters.

To increase the speed and scale of rehousing efforts, the plan calls for streamlining the housing placement process and shelter relocation, so that people will be able to receive services in their own neighborhoods without trekking all over the city. The plan also looks at the financial and employment constraints that can make rehousing difficult, by enrolling shelter residents in social security, implementing more aftercare services and increasing enforcement of the source of income discrimination law, which prohibits landlords from discriminating against tenants utilizing public assistance, including Section 8 vouchers.

Some of the reforms began to be instituted last week when the city launched the first phase of HOME-STAT, a new program to conduct street outreach and better connect people with appropriate services. The first phase is a dashboard that maps requests for homeless outreach assistance. Ultimately, de Blasio says HOME-STAT will include daily proactive canvassing of every block from Canal Street to 145th Street and increased rapid-response capacity by upping the city’s outreach staff from 175 to about 312. Outreach teams will also get new tools to provide shelter: more safe haven beds, more drop-in centers and 15,000 new units of supportive housing.

For shelters already in existence, the plan calls for NYPD to upgrade security and retrain the uniformed DHS peace officers who monitor shelters. Residents will also receive enhanced domestic violence and family conflict services. The repairs program would be expanded under the plan, including increased Americans With Disabilities Act compliance. A Shelter Report Card system is proposed to report on conditions and increase accountability.

New York City’s homelessness rate has increased by 115 percent over the last 20 years.