Now You Can Own Nashville – Next City

Now You Can Own Nashville 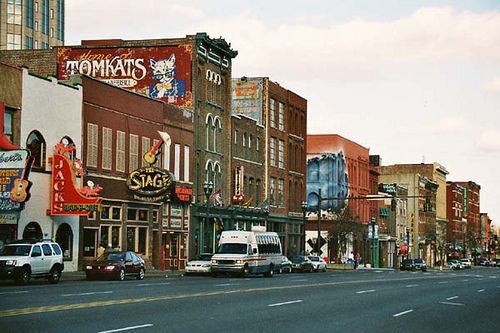 No, not the Connie Britton show, but the Tennessee city — or at least a slice of its businesses.

This morning NASH began trading on the New York City Stock Exchange, the first city-based exchange traded fund in the U.S. The fund is made up of companies based in and around Nashville, and with market capitalizations of $100 million or more. At launch, the best known of those is Cracker Barrel, but the list also includes a number of the city’s major health care companies. (NASH has traded at about $25 all day.) The Nashville ETF is the product of a company called LocalShares, which hopes to expand the model to future cities. 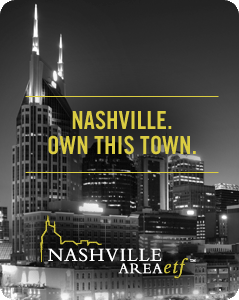 Civic pride is part of the equation. The fund is promoting itself using the slogan “Own This Town”, and it’s sticking while the iron is hot. Nashville is, at the moment, enjoying a reputation as an “it” city. The fund was the subject of a strong segment on NPR’s Morning Edition today.

Left unstated in the radio piece was that the fund’s sponsors are selling Nashville not just as a vibrant urban scene, but a place where a number of specific economic factors meet.

Michael D. Shmerling, a NASH fund co-founder, explained to Marketwired why he thinks Nashville is the right proving ground for the city-based fund concept:

We believe that communities like Nashville provide significant value-add to the companies that are headquartered here. In middle Tennessee, these attributes include low taxes, a strategic location and a state where people have the right to work. Collectively, this is a solid group of diverse companies and we look forward to bringing them together in Nashville Area ETF.

“Where people have the right to work” refers to those 24 U.S. states, mostly in the South and West, that restrict unions’ abilities to compel workers to join them.

So where might LocalShares expand next? It’s possible to narrow the bet. Nashville is the 25th most populated city in the U.S., and the bigger cities that also have laws limiting union activity include Phoenix, Jacksonville, Indianapolis, Charlotte, Detroit and Memphis. All the rest are in Texas, one of the few places in the country were place-based investment funds have been tried. The Texas Large Company ETF folded not long after launch, as did Oklahoma’s OOK fund.

In part because of that recent history, the city-based ETF idea has its doubters. Over on InvestorPlace, financial writer Daniel Putnam has weighed in, calling NASH “perhaps the most absurd product to hit the [fund] market”:

By its very nature it will lack diversification, meaning that investors will be buying a fund with higher risk than a more broadly based portfolio, but with a 50-50 shot, at best, of outperformance relative to the broader market. Perhaps the fund’s launch is a unique way to promote its subadvisor, the Nashville-based firm Decker Wealth Management. Either way, the question isn’t if this fund will eventually be shuttered, but when.

Still, one fan of the idea is Arthur Laffer, an economic advisor to former president Ronald Reagan who’s known for the Laffer Curve, which connects lowered tax rates to higher government revenues:

“I’m very excited about the concept,” he said. “It’s a beautiful vehicle for someone who wants to invest and take advantage of good state and local economics.”

We’re now in the wait-and-see phase. Back in October, Tom Lydon, editor of ETF Trends, tweeted, “Which has a chance of lasting longer, the new LocalShares Nashville ETF or @Nashville_ABC?”

Given that Nashville was renewed in the spring but is said to be retooling, it’s a tough call.