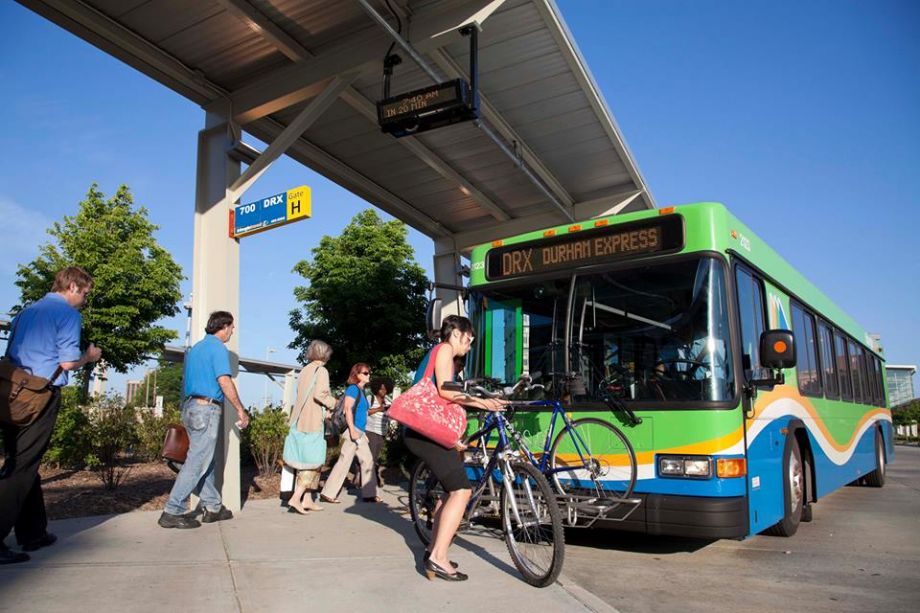 N.C. Gov. Sends the Feds His Transit Wish List
The North Carolina legislature has capped state funding for light-rail projects, so Gov. Roy Cooper is turning to Washington for the $254 million needed to fully fund the $1.8 billion light-rail line planned to connect Durham and Chapel Hill.

The Herald-Sun reports that the request is included in a package of “shovel ready” projects Cooper sent to the National Governors Association, which has put together a list of projects for the Trump administration to consider as it prepares its infrastructure proposal. A total of 428 projects are on the list the governors sent to Washington last week.

Eight of the projects come from North Carolina. The other seven are all highway projects, including new interchanges and other quality and safety improvements on the entire 182-mile stretch of Interstate 95 through the state.

Another German City Joins the Light-Rail Club
The German city of Wiesbaden has authorized the start of planning work for the city’s first light-rail line, Metro Report International reports.

The first phase of the planned meter-gauge line will run 12.2 km (7.5 miles) from Hochschule Rhein-Main in the north to Theodor-Hess-Brücke in the south.

When completed, the line will connect the 15-km (9.3-mile) Aartalbahn tourist tram in the north with the meter-gauge tram system in Mainz in the south. Future phases call for converting the mostly single-track Aartalbahn from standard to meter gauge, constructing a branch from a future Aartalbahn connection at Otto-Weiss-Straße to Herman-Brill-Straße, and extending the first-phase line southward across the Rhine to a connection with the Mainz system at Mainz Hauptbahnhof West. UItimately, Citybahn trains would operate through to Mainz Hochschule.

Lille Plans Light-Rail Line to Airport
Also in Metro Report International is news that the French city of Lille is planning to build a light-rail line to its airport.

According to the story, a 10-km (6.2-mile) line connecting the city center with Lesquin Airport via Ronchin will be built during the next seven-year concession to operate the city’s mass transit system, which will begin on Jan. 1, 2018. The planned line would replace or augment an existing express bus route. The line should cost about €250 million ($263.7 million U.S.) to build and is projected to open in 2022.

The city is also in the process of modernizing Line 1 of its two-line VAL automated light-metro system. Damien Castelain, president of the Métropole Européenne de Lille, said that the cost of building the tram line will be less than is being spent on the light-metro upgrade.