Measurements of Light Rail’s Impact on House Prices Are Uneven 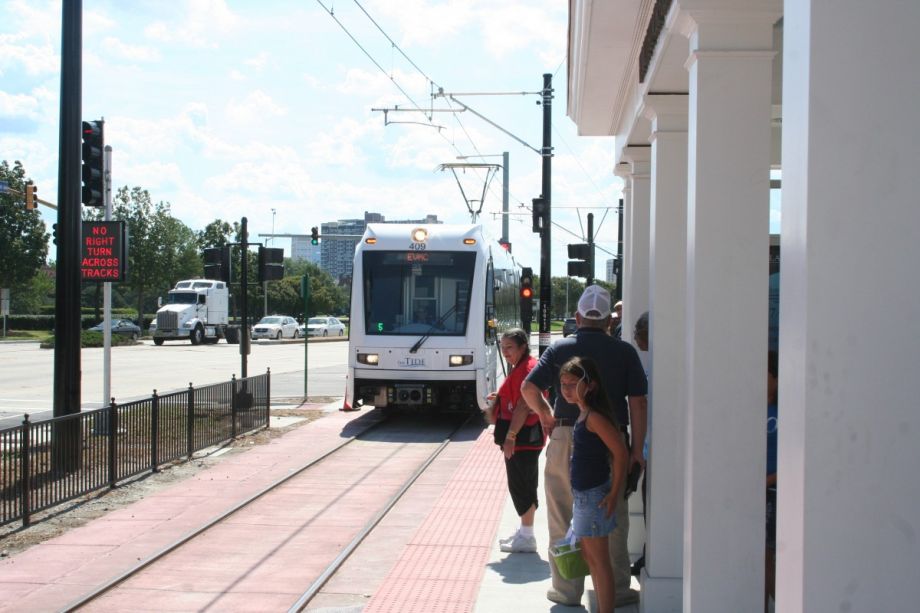 In November, Virginia Beach, Virginia, voters rejected — for the second time — a light-rail line that would have connected their city center to the center of Norfolk, 18 miles west. A campaign against the project argued that the cost was too high, that it would not actually alleviate traffic and that it would lead to increases in crime. The anti-light-rail campaign also cited Norfolk’s light-rail system, the Tide, which went ahead with construction despite Virginia Beach’s first rejection in 1999: The 11-station line, which travels from Norfolk’s center to its eastern boundary, opened with prediction-smashing ridership, but has seen decline ever since.

Despite the fact that the Tide remains one of the biggest money losers per ride in the country, operator Hampton Roads Transit has argued that at least light rail has contributed to economic development in downtown, pointing to a figure of $532 million in investment since 2011. Now a new working paper from the Cleveland Federal Reserve Bank asks whether Virginia Beach is missing out on economic benefits by comparing housing prices along the Norfolk Tide and the proposed but unbuilt Virginia Beach extension. To the lead author’s surprise, they found one of the largest negative impacts of light rail on housing prices in the existing literature.

“I didn’t think that the light-rail line would be a significant benefit,” says Gary Wagner, lead author, vice president and senior regional officer of the Cleveland Federal Reserve Bank. “But I did expect, most of the literature had tended to find a small positive effect.”

Instead, he found that homes within 1,500 meters of a Tide station sold for approximately 8 percent less than similar homes in the Virginia Beach control group. They also found homes close to the Norfolk line are on the market longer, and sell for 2 percent less on average below the asking price.

“By a lot of those different metrics, at least in that [metropolitan statistical area], people do not view it as being favorable to be near to the light-rail station. They in fact viewed it as a negative,” says Wagner.

The paper doesn’t attempt to explain why the Tide’s ridership is so low, or why it has failed to lift property values, but Wagner raises a few factors. The Hampton Roads region, which encompasses Norfolk, Virginia Beach and Newport News, has multiple city centers, but “the light-rail line only really accesses one of those employment hubs” — Norfolk’s. Even then, it doesn’t connect to the airport or to Naval Station Norfolk, the world’s largest naval base.

In an editorial arguing that Virginia Beach should vote down the expansion this November, Kate Bachelder Odell wrote in the Wall Street Journal, “The Tide moves from places you don’t work to areas you don’t wish to visit.”

Those who support the light rail nonetheless, like the Virginian-Pilot’s editorial board, argue it was always intended as a “starter line.” After the Virginia Beach defeat, the paper called for an expansion to the Naval Station and Old Dominion University.

The Cleveland Federal Reserve Bank’s paper used a different approach than many papers attempting to study the effects of light rail on property values, which tend to look at differences in sale price closer to and farther from stations. But Wagner’s paper points out that those distances are often arbitrary and light-rail stations may be located in areas that are more desirable for other reasons — their proximity to retail, for example.

By comparing homes near the existing Norfolk line and the proposed Virginia Beach line, Wagner hoped to tease out more of the specific impacts of light rail. Another paper using a similar method in Charlotte — comparing property values along a line that was constructed in the city to those along a proposed but unbuilt line — found that home prices had actually appreciated by about 4.5 percent.

Other studies have found light rail increased the value of commercial land in Santa Clara County, California, encouraged transit-oriented development in Portland, and contributed to a 2 to 5 percent increase in home values in Buffalo. Along the Trenton to Camden River Line in New Jersey, home values were found to fall during construction due to perceptions of increased crime and noise, but rise again when the line was complete.

“The broader takeaway for us — these projects are very region-specific, and light-rail success in one particular region does not necessarily mean it will be successful somewhere else,” says Wagner. Hampton Roads is less dense than many areas where light rail has been successful. “If you have to drive so far to access a light-rail line, and it’s only an additional 10 minutes to drive to where you work, there’s probably not a lot of benefit to the light rail,” says Wagner. When ridership is so low, the environmental benefits are even brought into question.

In the future Wagner says he’d like to study claims of light rail boosting economic development.