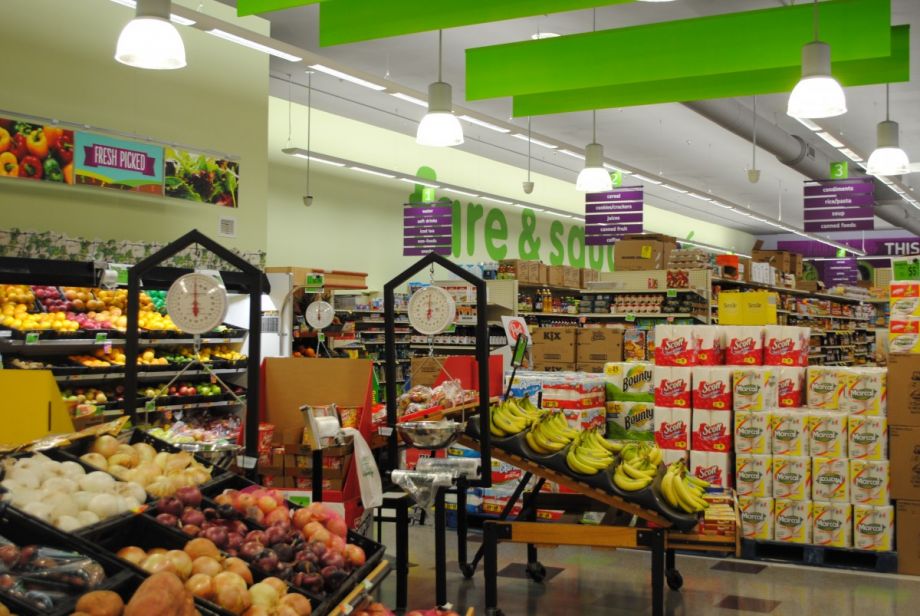 About one year ago, food justice advocates tuned in to a promising remedy for food deserts in the city of Chester, Pa., about 15 miles south of Philadelphia. Could Fare & Square — the nation’s first non-profit full-scale supermarket — be a sustainable model in a 34,000-resident city where there hadn’t been a supermarket of any kind in 12 years? I covered the grand opening last October, and recently I went back to the post-industrial city to see how the supermarket has progressed.

In Chester, the setting of this week’s Forefront on tenant protections in a sinking rental market, 31 percent of residents live below the poverty line. The median household income is $27,546. The bottom income quintile of American households (who make up to approximately $20,000 per year) spend 35 percent of their disposable income on food, while the general population spends 12 percent, according to the 2012 Bureau of Labor Statistics Consumer Expenditure Survey. This percentage does not include transportation expenses that families in food deserts habitually incur traveling to supermarkets in other neighborhoods or towns.

According to a Food Marketing Institute report, investors may spend between $8 million and $25 million dollars on a typical supermarket before any dollars are recouped through profits. This is just one factor that makes it more challenging to open new supermarkets in low-income, underserved areas. With Fare & Square, Philabundance, a Philadelphia-based food bank, decided to tackle this problem with a new model, instead of a traditional supermarket, or a limited-assessment store (like Aldi or Save-A-Lot). The Chester market’s management describes the ideal as a market that provides an array of healthful options and can be a center where residents come for health screenings at special events.

On a recent Saturday evening visit, I see Christel Brooks, who says that she makes it up to the Fare & Square once a week, eyeing vegetables in the market’s produce section. She says Fare & Square isn’t her favorite supermarket, but the “most convenient.” The average supermarket is 46,500 square feet, according to the Food Marketing Institute. Fare & Square has to fit its desired variety within 16,000 square feet for shoppers who may be more accustomed to longer aisles in other cities.

“We thought that this was … ‘if you built it they will come,’ and to a certain extent it was,” says Martin Meloche, the recently retired food marketing professor who developed Fare & Square’s business model with then Philabundance executive director Bill Clark. “But [as time went on,] there seemed to be a lid on it.” (Clark resigned in July, and Meloche left the board last year. Meloche continues to serve on Fare & Square’s board, but visits rarely, living states away.)

In the supermarket industry, Whole Foods’ 4 percent profit margin is incredibly high. A 2 percent profit is considered great, as the average supermarket pulls in a 1.3 percent net, per the Food Marketing Institute. Successful chains rake in earnings through volume. In supermarket economics, the more locations the better. Fare & Square is no exception. As a non-profit, the proceeds could make a dent into its expenses and help to offer more competitive prices.

But the Fare & Square isn’t quite there yet. Meloche estimates that the store needs to sell double the volume to be self-sustaining. Philabundance currently covers remaining expenses.

“October [after opening] was dead. We did a turkey giveaway to bring the customers back,” says Molly Lavin, a membership service representative. Lavin stands behinds a service desk as a colleague sits across from her. “It hasn’t always been easy but we’ve lasted,” says Lavin.

Management at Fare & Square has admittedly struggled with finding the right balance between healthful options and low-price goods for their consumer base. With a mission to promote clean, nutritious eating, Fare & Square opened with a selection of whole grain cereals, sugar-free and low-sodium labels, and an assortment of produce that stretched to include eddoes. Paul Messina, Fare & Square’s managing director, notes that some of that stock became popular, but says, “We made a lot of mistakes. … In order to move the needle, you can’t move that quickly.” Lavin describes their learning process more bluntly: “Mint jelly? They had to adjust.”

“The community was furious,” Eric Wright, her colleague, says of the more expensive items. “They told us they weren’t going to pay that.”

Messina and Meloche say that stock didn’t move as quickly as Philabundance had hoped. “It’s Fare & Square 1,” says Messina. “We’re still trying to make things right. We’re still trying to do our best to keep our cost of goods down for the community, and we are making changes. We’re looking very, very closely at the product mix that we currently have in the store and seeing what we can continue to sell at what prices. We do feel that we’re going to need to eliminate some items that cost more money than we’re able to sell at a good cost for the community.”

Ruth Richardson, a cashier who has worked there since the opening, recalls the same timeline as Wright, Lavin and Messina: Business warmed in the spring, and picked up steam in the summer. “It was a slow process at first, but then bam!” explains Richardson. “Sometimes it’s overwhelming, but that’s a good thing.”

Fare & Square started to see more business, interestingly enough, as a second supermarket arrived in Chester in June. Messina says the new Bottom Dollar three miles away hasn’t posed the competition one might assume — it serves a different section of the city on the other side of I-95.

There are no plans to open another Fare & Square until the supermarket settles on the right inventory. Lavin notes the store could use more halal, a reminder that the “perfect selection” shifts if the model expands to other communities. A second Fare & Square would face its own trial and error.

“Once we’ve got that figured out, we’ve got to let more people know about the store,” says Meloche. “It’s doing well. We’d like to see it doing better.”