Nike Made $25 Billion Last Year, Still Got a Tax Break from Oregon – Next City

Nike Made $25 Billion Last Year, Still Got a Tax Break from Oregon 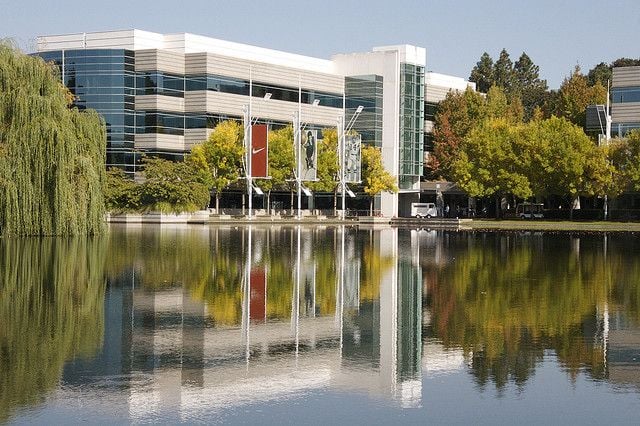 America has a subsidies problem. We’ve looked at the rising amount of money poured into megadeals and railed against Apple and Google, companies so flush with cash they shouldn’t be considered for a tax break in the first place. But no American company (non-sports-franchise division) is fleecing taxpayers worse than Nike.

The global shoe brand — which made $25.3 billion in revenue during fiscal year 2013 — threatened to leave Oregon, where it has deep roots in the community, without tax breaks. This past December the state passed a bill that will only tax Nike on a portion of its sales over the next 30 years. The deal, which should total $2 billion by Good Jobs First’s calculations, is contingent on Nike investing $150 million in a project that will produce 500 jobs. That’s $4 million per job.

Proponents of the so-called Nike Bill argue that the company did not get a major tax break, because it was already in place. But Gov. John Kitzhaber ensured Nike that its corporate tax structure would stay the same for the next 30 years. How progressive! Stay here in Oregon, where taxpayers will be starved of precious revenue from a company that had $6.7 billion in revenue last quarter. Why a multibillion-dollar global enterprise needs tax breaks, I can’t be sure, but it must have something to do with the hollow threats Nike made to expand elsewhere.

“Nike put an economic gun to the governor’s head and said you either guarantee the law won’t change or we’ll go elsewhere,” Chuck Sheketoff, executive director of the Oregon Center for Public Policy, told the Wall Street Journal in December. “As it is Nike is paying 90 percent less than its fair-share in taxes.”

This falls in line with other corporations trying to trim their bottom line, taxpayers be damned. “They really do put the fear of god into public officials,” Philip Mattera, Good Jobs First’s research director, told me earlier this week.

This whole subsidies issue isn’t an argument against capitalism or best business practices — any business owner should do every legal thing possible to increase its profits and grow — but just complete lack of faith in, and a crushing cynicism about, our elected officials’ idea of what constitutes smart economic development these days.

Rather than do what’s right for state and city taxpayers — invest in infrastructure, education or better transit options — scared officials just rig the tax code or write checks to corporation’s desires. It’s a careless and rudderless approach to economic development: How can a single corporation spur growth that will sustain an entire city? It can’t. If a state puts that tax revenue or cash grant into city or statewide infrastructure, it will lure more investment. The infrastructure, many people feel, attracts investment.

Nike was never going to leave Oregon. All its leadership had to do was tell elected officials it was “considering” taking business elsewhere, and the governor cowered in the corner. What’s to stop Nike from making further demands 10 years from now? Nothing. And the taxpayers of Oregon are stuck with the bill.