Next Year, Amtrak Will Ask the Feds for a Whole Lot of Money – Next City

Next Year, Amtrak Will Ask the Feds for a Whole Lot of Money 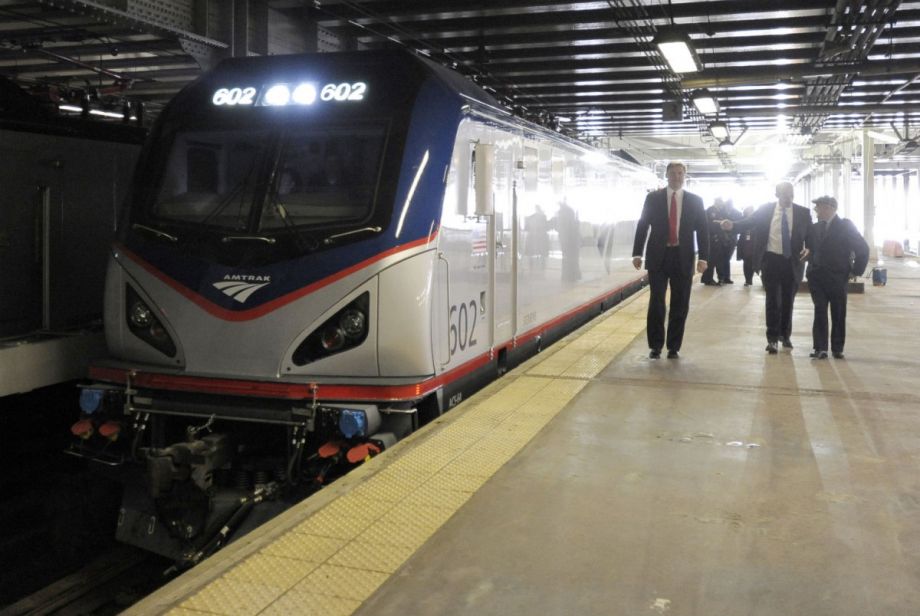 Amtrak President and CEO Joseph Boardman submitted his company’s annual legislative review and 2015 funding request to Congress on Tuesday, outlining its financial situation for the coming fiscal year. Sometimes Amtrak asks for a lot — last year, it wanted $2.65 billion — but unless it’s stimulus season, the national rail operator usually only gets a modest bump out of the feds. (Lately, that has come out to around a billion and a half.) The money goes to operations, making capital repairs and infrastructure improvements, overhead, and debt service. In light of past appropriations, Boardman’s $1.62 billion ask, 16 percent more than last year, is fairly conventional.

But Amtrak will make a slight accounting change this year: It plans to stop spending operating profits from the busy Northeast Corridor on its deeply unprofitable long-distance routes, and will instead put them back into the Northeast Corridor itself. To make up for the loss of long-distance funding, the company will turn to the federal government.

It’s more an accounting trick — or, rather, the end of an accounting trick — than anything else, since Amtrak will no longer ask the feds for money for Northeast Corridor operations, and in fact will ask for a bit less in capital funding for the line. It will require no sacrifice on the part of rural members of Congress through whose districts Amtrak runs long-distance trains. Still, Amtrak seems like it wants to send a message to Congress about the viability of long-distance service. Blogger Paul Druce writes that Amtrak asking for long-distance money directly might cause Congress to have a change of heart about its more uncompetitive routes. I’m not so sure, given that it’s a purely symbolic move.

The accounting flourish comes in the context of the feds ending support for other Amtrak services: Those that fall somewhere between lumbering long-distance routes and speedier Northeast Regionals and Acelas. Services like the San Joaquin in California or the Keystone in Pennsylvania run largely within a single state, and the states have assumed their subsidy costs as required by Amtrak’s 2008 reauthorization law.

There’s also the idea that the Northeast Corridor is operationally profitable and will no longer need federal subsidies for operations. But it all comes down to what you consider a capital expense and what you consider the cost of normal operation. Many “capital” projects at U.S. transit agencies are not one-time expenses like digging a tunnel or grading a hilly surface to build a railway. Rather, they’re fundamentally renewal projects — sometimes deferred maintenance, sometimes timely — to keep the existing infrastructure in its current (or previous) state of repair. The Northeast Corridor is certainly not operationally profitable to the same extent as, for example, most big Japanese railroads. If Congress withdrew all support for the Northeast Corridor, Amtrak would continue to operate and make payroll for a while on its own fares, but eventually it would need to purchase new trains and repair infrastructure, and there wouldn’t be enough money to do it.

Which brings us to Amtrak’s requests beyond fiscal year 2015. It will want a lot more money — so much more, in fact, that it will dwarf the effect of this year’s accounting tweaks — and plans to spend it all on capital projects on the Northeast Corridor. This year Amtrak is asking for $760 million for capital expenses, but by fiscal year 2018 it will want to spend $1 billion more on the NEC, money that rising ticket revenues surely won’t cover.

Amtrak’s Gateway project — essentially a better-designed version of New Jersey Transit’s doomed ARC tunnel beneath the Hudson — would likely get the largest chunk of the extra money. Amtrak also singles out replacing the Connecticut River Bridge and rebuilding a crucial tunnel through Baltimore as other NEC capital projects in need of funding. Boardman mentions that the money would be used in part “to stabilize the infrastructure” on the NEC, which sounds like code for deferred and ongoing maintenance.

There’s no suspense this year since Amtrak isn’t asking for too much money. Congress may not agree to the $1.65 billion, but it will almost certainly give Amtrak something close to it. The real fun will come next year, when Boardman essentially warns that he’ll ask for $800 million more, plus a bit more in the years after that. All this money for blue-state rail might be a bit much to ask in the current political climate, but Boardman’s got nothing on Jerry Brown. The California governor apparently wants more than $10 billion from the feds to build his high-speed rail line over the next five years.