Is the Next Etsy Hiding in Brooklyn? – Next City

Is the Next Etsy Hiding in Brooklyn? 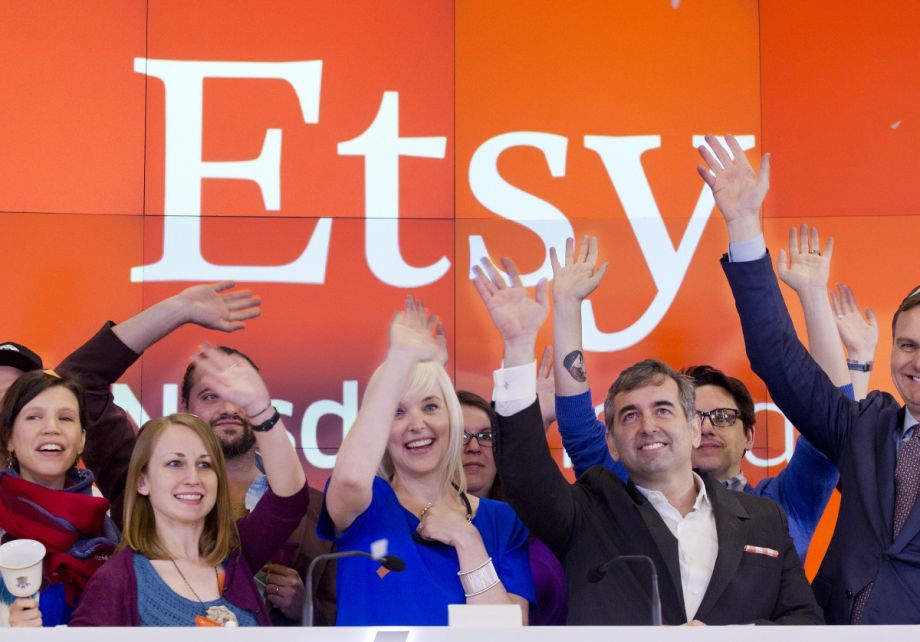 Tumblr. Kickstarter. Squarespace. Etsy. These are the big names that have emerged from New York’s startup ecosystem, also known as Silicon Alley. Insiders see a bright future because of the proximity to talent and the variety of information-centric industries that tend to cluster in big cities. Mayor Bill de Blasio’s a fan. Serendipity happens there.

Not everyone has that kind of access, however, so to support entrepreneurs who might be just outside the bubble, the New York City Economic Development Corporation (NYCEDC) has launched Manage Forward.

The brand-new program targets enterprises that have at least one employee besides the owner, been in existence for at least three years, and have annual revenues between $250,000 and $5 million. While it’s geared toward businesses in Brooklyn, a few firms in the first cohort are from Queens and the Bronx. Most importantly, it’s only open to minority-owned or woman-owned business enterprises (M/WBE).

“The strength of our economy relies upon the diversity of our entrepreneurs, and enhancing the city’s support for M/WBE firms allows us to grow our economy in an equitable way,” said NYCEDC President Maria Torres-Springer in the program’s press announcement. “The de Blasio administration is committed to better reaching business owners across the five boroughs and providing the training and professional development necessary to help them thrive.”

The Manage Forward program, with the financial support of Santander Bank, is a partnership between NYCEDC, Brooklyn Borough President Eric Adams and nonprofit Interise, which is based in Boston.

Since its founding in 2004, Interise has partnered with 13 (now 14) government and private organizations to serve more than 2,100 small businesses in 36 (now 37) communities across the United States. Businesses completing their trademark StreetWise MBA curriculum have created new jobs at five times the rate of the private sector as a whole, and since 2008, alumni have secured almost $3 billion in government and institutional contracts.

It’s a curriculum designed specifically to support businesses that have largely been left out of traditional venture capital circles, as well as networks that connect many typical startups to big contracts or lucrative clients to launch them into the “Etsysphere.”

“How do we support that business owner that’s a quarter million to 10 million dollars revenue, that’s located in a low-income community, that has been viable, has been sustainable, maybe has been a community leader for seven, eight years? How do we keep their doors open and how do we allow them to be tapped into that larger network,” says Bernard Johnson, director of programs at Interise, who oversees all of their partnerships with groups like NYCEDC around the county.

“Inclusion I think is something most folks want to have as a goal,” adds Johnson. “That’s really where the Interise curriculum comes in, in that we are able to provide the right kind of knowledge, network, resources and confidence for these business owners to create strategies, locally, to then be able to live out their desired growth.”

Confidence is a key part of the program. The cohort meets for three-hour sessions, usually first thing in the morning, two or three times a month, over the course of six to seven months, adding up to about 100 hours of class time. There are opportunities throughout for each participant to present an idea or topic.

“Having business owners stepping out of their comfort zone actually helps them to create that sustainability over time,” Johnson explains. “It’s going to make you look at new markets, it’s going to have you partnering with different agencies, looking at contracting, looking at working with a business that you might not have thought you could work with.”

Confidence, Johnson says, often comes about from business owners taking a step back and seeing things from a more strategic, as well as data-informed level. “We want to give them the tools, the metrics, the confidence to be able to say hey, this is an opportunity that I think I should go after and here’s why, and having the confidence and the strategy piece behind that to make informed decisions on how to remain ahead of the game.”

Participants also get confidence from CEO mentoring groups. These self-facilitated meetings let participants hash things out on their own and build relationships that help drive progress. After the first-ever cohort of StreetWise MBA completed the course in Boston, back in 2004, according to Johnson, they continued to meet on a regular basis and still do today, after forming their own nonprofit to support other businesses.

The biggest limitation of the program right now is the size of the cohort — only 15 businesses, ranging from professional services (legal, accounting, IT solutions) to manufacturing (designers, fabrication) and construction. For context, NYCEDC estimates they reached about 600 businesses in an extensive email, print and word-of-mouth campaign for applications this summer, in partnership with the Brooklyn Chamber of Commerce as well as Borough President Eric Adams. There are plans to scale it up to at least one more cohort in the next year.

“We’re excited about being able to partner with NYCEDC. We’re looking forward to running a successful program in Brooklyn,” Johnson says.