Houston Is Next City’s 2016 Vanguard City – Next City

Houston Is Next City’s 2016 Vanguard City 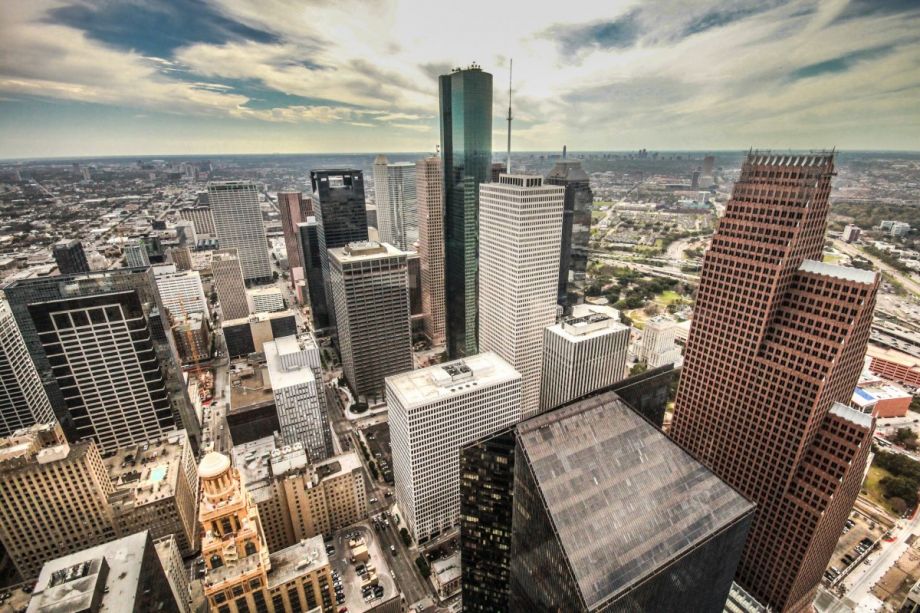 Next City’s annual gathering of the best and brightest young urban leaders will meet in Houston, May 10-14, 2016, to tackle challenges in the nation’s fourth-largest city.

“Next City is thrilled to select Houston as the site for our Vanguard 2016 conference,” said Tom Dallessio, Next City’s president, CEO and publisher. “We look forward to bringing brilliant and committed young urban leaders to Houston to inspire change in this amazing city and cities around the world.”

With its booming growth and increasingly urban orientation, Houston is an ideal place for the 2016 Next City Vanguard conference. (To learn more about how the city is tackling an urbanist agenda, read our recent coverage of Houston’s transit revamp, the Bayou Greenways park project, and pro-transit, pro-density, and pro-immigration Democrat Mayor Annise Parker.)

The Vanguard program will be run by Next City in cooperation with a committee of local hosts led by Rice University’s Kinder Institute for Urban Research. The host committee includes representatives of the city of Houston, the Museum of Fine Arts, Houston, Houston Hackathon, the University of Texas School of Public Health, the Houston Parks Board and many other local organizations from the public and private sectors.

“Next City Vanguard conference brings together the best and brightest urban thinkers from across the country,” said Mayor Parker. “As a place known for being on the cutting edge of innovation, the city of Houston and Rice University cast an ideal setting for these young innovators to explore and create solutions that will inspire the next generation of advancements.”

Houston and surrounding Harris County are attracting more new residents annually than any other metro area in the United States. The population has grown from 4.5 million to 6 million people just since 2000 and is expected to grow to 10 million by 2040. How can a metro region that is sprawling and densifying at the same time, with a growing economy, a thriving arts scene, world-class restaurants and a large museum district adapt for the future by addressing traffic congestion, equitable and inclusive development, immigration, sustainability and resilience?

“The Next City Vanguard conference is the leading event for the country’s top young urbanists, and Houston is the country’s hottest urban location,” said Bill Fulton, director of the Kinder Institute. “We’re looking forward to bringing the Vanguards to town and having them apply their skills to Houston’s urban problems.”

The Next City Vanguard program brings together 40 urban professionals age 40 and under working to improve cities. Solving urban problems means working across divides and breaking silos, so Vanguard convenes professionals across sectors, including architecture, art, civic technology, community development, entrepreneurship, government, transportation and urban planning. Each year, Next City selects applicants whose smart ideas for cities, experience in the field and ambition for the future all show great promise. The conference is free, and there are a limited number of stipends to cover travel costs for qualified applicants.

Past Vanguards have worked for the Obama administration, founded successful city-focused startups such as Ioby and Fundrise, held municipal office, and climbed the ranks of influential organizations such as the Brookings Institution, the Urban Institute, Citi Group, Code for America, the National Trust for Historic Preservation, Transportation Alternatives, Smart Growth America, and the University of Chicago. Many come back to participate in subsequent conferences. (To learn more about our Vanguard network, visit our interactive Vanguard map.) With more than 250 Vanguards participating over the last seven years, Next City has created a program that advances the nonprofit’s mission to inspire social, economic and environmental change in cities through media and events around the world.

The 2016 three-day conference will include workshops, tours and conversations about the newest innovations and most pressing questions in urban development, infrastructure and public policy. Vanguards will have the opportunity to work with a small group of Houston organizations to devise solutions to local challenges. The program will culminate in Next City’s annual Big Idea Challenge. The winning idea will be funded by Next City and implemented in Houston in the year following the conference.

Applications for the 2016 Vanguard conference will be open from October 1, 2015 through December 15, 2015. The only requirement is that applicants must be 40 or younger. The application fee is $35, but a reduced early bird fee of $25 is available until November 20th. Visit our application page in the coming weeks to apply.