In Newark, Love Is … Buying a Vacant Lot – Next City

In Newark, Love Is … Buying a Vacant Lot 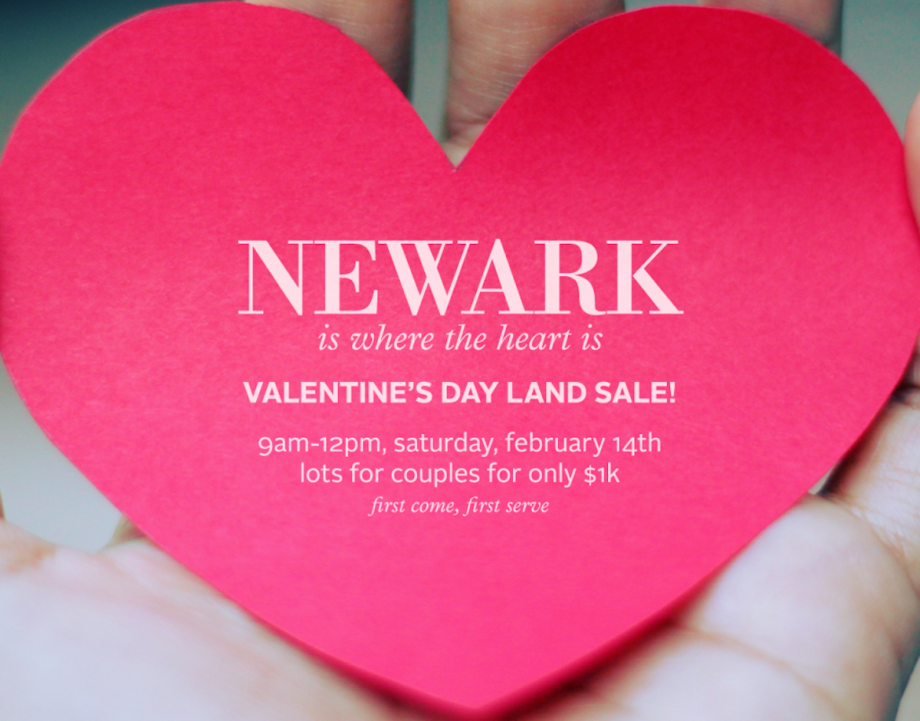 Where’s the ideal place to spend a romantic Valentine’s Day? Paris, Rome, the top of the Empire State Building … or Newark?

New Jersey’s largest city isn’t particularly known as a destination for lovebirds, but that’s not stopping the local government from trying to seduce potential homeowners — and encourage building on vacant lots all at the same time.

The city will be offering 100 vacant lots to couples (of any sexual orientation) for $1,000 on the morning of Saturday, February 14th, making Newark one of many cities attempting to fight blight creatively.

Mayor Ras Baraka encouraged people to “Bring your sweetheart to Newark on (Feb. 14) and start calling Newark home.” The city’s website has more details, including addresses:

In the spirit of St. Valentine’s Day, we are doing a sale of city lots exclusively to COUPLES. Transforming non-tax producing city owned lots to occupied, tax producing properties with new homes built on them. We will be selling 100 lots at $1,000 a lot. This sale is NOT for developers or investors. The sale is exclusively for couples who are looking to live in Newark.

The lots are largely in the South, Central and West wards, and the deal requires couples to live there for at least five years. Plus, couples have to prove they can take redevelopment into their own hands and complete construction of the property within 18 months.

According to NJ.com, this is “one of several attempts the city has made to get rid of its excess land over the last few months. Last year, the city held several auctions of both abandoned homes and vacant lots.”

Baraka said in a statement, “We are observing Valentine’s Day with creativity and a commitment to Newark’s couples … At the same time, we are turning vacant lots into homes that strengthen our communities, replacing blight with development.”

But before you get too moony, know that some couples therapy may be in order for Baraka and City Council. NJ.com also reports that “some city council members unleashed fierce criticism today of Newark Mayor Ras Baraka’s administration for not consulting them.” Council will have to OK the sales.