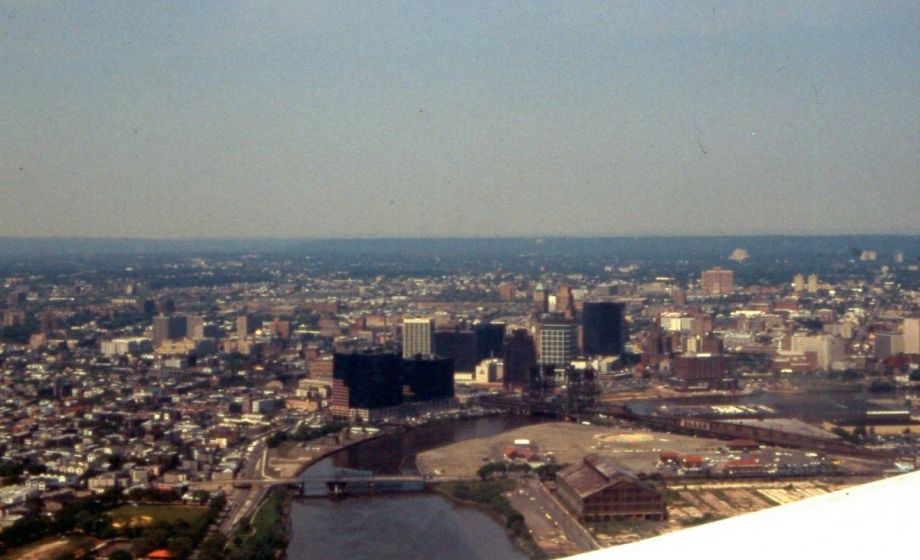 A lot of cities start looking to inclusionary zoning policies, which squeeze some affordable housing units out of market-rate projects, after the horse is already out of the barn — when a development boom is in its mature stages and rents have already become unaffordable for most low- and moderate-income people. In Newark, the biggest city in New Jersey, advocates and city officials have tried to lock affordability into the development equation before it’s too late.

“We here at this organization have been talking about that for a while,” says Joseph Della Fave, executive director of the Ironbound Community Corporation, a neighborhood services group that works near downtown Newark. “[We’ve seen] that revitalization may be picking up steam in the near future, and being concerned about having an inclusive and equitable growth process, and understanding that in Ironbound, which has historically attracted the most investment in housing development in the city, that revitalization may be at its fastest here and therefore housing prices may escalate here before they do anywhere else, threatening displacement.”

Della Fave helped to draft an early version of an inclusionary zoning ordinance for the city, which he and other advocates brought to Mayor Ras Baraka a few years ago. The City Council adopted the law — which requires large projects to set aside 20 percent of their units for tenants earning up to 40 percent, 60 percent, and 80 percent of the area median income — in October of 2017. It’s been just six months since the law took full effect across the city. But officials say it’s already showing results. Currently, there are 4,200 market-rate units in the development pipeline, according to Natasha Rogers, the city’s interim deputy mayor, director of economic and housing development and chief operating officer. And thanks to the inclusionary zoning ordinance, Rogers says, 923 of those units will be rented at reduced rates.

Real estate developers in the city are adjusting to the new law. On the one hand, says Jonathan Cortell, a managing director at L+M Development Partners, it has become “sort of de rigueur to do affordable onsite” rather than pay an in-lieu fee in the New York metro area. Cortell’s group is experienced with mixed-income development. Currently, L+M is carrying out a historic renovation project in downtown Newark that will bring 264 units to a former office building, with around 50 units set aside at reduced rates. The project took advantage of Low-Income Housing Tax Credits and was in the pipeline before the new inclusionary ordinance was in place, Cortell says.

“We’ve done a lot of this,” Cortell says. “We believe it is increasingly regular in urban markets to incorporate [affordable units], so we’re not really surprised by Newark’s interest in executing something similar.”

From the city’s perspective, the intent of the legislation is “totally rational,” Cortell says. But he thinks there are some aspects that could be clearer. For example, Cortell says it isn’t always clear when developers will be able to take advantage of a provision that allows a payment in lieu of building affordable units onsite. And it also isn’t clear whether meeting similar inclusionary requirements for state and federal programs will satisfy the requirements of the city’s ordinance, he says.

“We value the momentum that’s been created and would love to see additional clarity to preserve that momentum,” Cortell says. “We have a couple of other projects we are pursuing in the space and believe the city has the resources to work through any differences that may exist in the implementation versus the philosophy.”

Pedro Gomes, of the Gomes Group, a development company based in Newark, says the requirements of the ordinance can take a toll on projects financially, and that he would look more closely at projects that can be completed by right.

“Personally, if I can avoid it, I would,” Gomes says.

Frank Giantomasi, of the law firm Chiesa Shahinian & Giantomasi, says it’s “a simple dilemma that the more affordable housing you impose on a project, the less total revenue the project can generate.” Recently, Giantomasi was working with a developer on a proposed project on five acres in the Ironbound that didn’t come to pass; the inclusionary ordinance had “some impact” on the calculations for the project, but Giantomasi “wouldn’t say that that deal lived or died because of this ordinance.”

“Generally the response has been quizzical,” Giantomasi says. “People are trying to understand how to make the capital stack work with this additional reduction in revenue stream from a completed project. Everyone’s trying to figure this out.”

Additionally, Giontomasi says, debates around state-issued job-creation tax credits that are scheduled to sunset at the end of the month have caused some uncertainty as well. Even though most of those programs don’t target housing specifically, anything that impacts the overall development of Newark impacts the housing market as well, he says. But he doesn’t fault the city for adopting the inclusionary zoning program.

“The administration is very open and appears to be negotiable and wants to see the projects almost on a project-by-project basis to see if it’s a Chicken Little situation or whether it really is having an impact,” Giantomasi says. “I don’t believe that this administration is looking to take away a reasonable return from developers.”

Al-Tariq Shabazz, manager of the city’s Office of Affordable Housing, notes that inclusionary zoning isn’t the only or even the primary way that the city is trying to produce affordable-housing units. But he credits the mayor for being willing to push an inclusionary ordinance “before or at the peak” of the city’s development boom.

In December, the city created an Equitable Growth Advisory Commission, and Natasha Rogers, the city’s COO, says that administration officials meet biweekly to discuss affordable housing efforts and monitor the progress of its programs. She says it has been the city’s intention to demonstrate that the in-lieu payment will be made an option at the city’s discretion, so that developers don’t get in the habit of simply paying into a housing fund instead of trying to build affordable units onsite. The city is continuing to talk with developers about ways to clarify the law, Rogers says, but she says it’s also trying to be clear: “Some projects aren’t meant for Newark if the developers can’t make it work.”