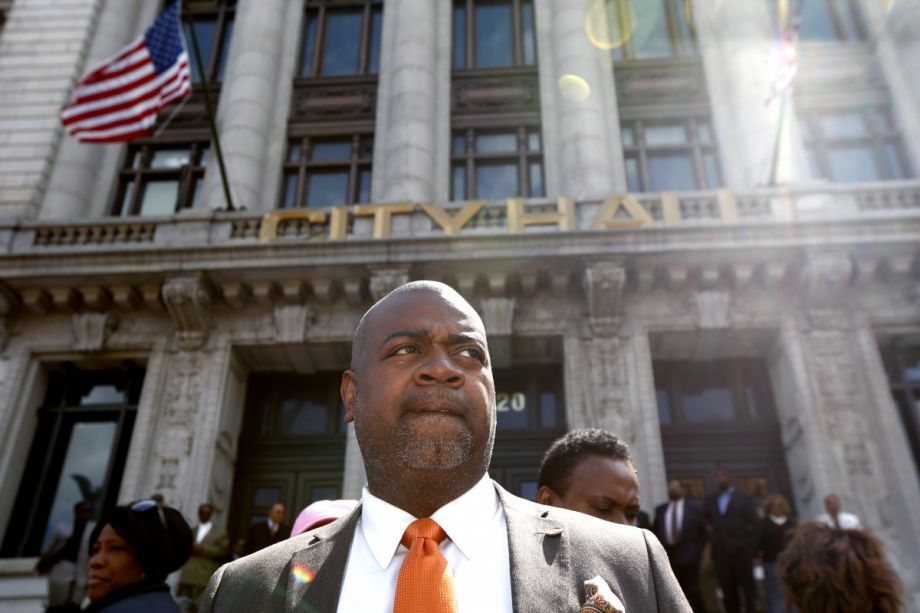 Across the country, failing urban education systems are being taken over by state authorities. Ground zero for the phenomenon is New Jersey, where state-appointed superintendents in Newark and Camden are pursuing aggressive “education reform” strategies, including increasing charter schools and closing traditional public schools. Many residents in these cities are opposed to the plans, but they’re disenfranchised in a public engagement process that, while mandated by law, is little more than a charade. (See this week’s Forefront, “Shouting to Be Heard: The Case for Rethinking Public Engagement.”) That formal indifference leads citizens to attempt increasingly outside-the-box strategies to impact policy.

In Newark, frustration at public meetings led one local mother to ask Superintendent Cami Anderson, “Do you want for your brown babies what I want for ours?”

Anderson’s response was telling. She simply walked out of the meeting, her departing footsteps echoing Governor Chris Christie’s “We run the school district in Newark, not them.”

Without formal recourse, Newark residents set about using an informal strategy. They made their mayoral election about education. Now, this may seem a funny choice. In some ways it is. As long as the state controls the Newark School District, the mayor has essentially zero power. He is outside the system. But that is the entire point. Newark residents elected a former principal, Mayor Ras Baraka, who has taken a strong stand against Cami Anderson’s One Newark plan. Mayor Baraka’s election was touted nationally as a game-changer, and as public pressure mounts, reports have trickled in that Anderson will be replaced.

The Newark strategy likely won’t work in Camden. The timing isn’t right; the city just had its mayoral election. The city is also notoriously under the thumb of the local Democratic power structure. But when I spoke to Colandus “Kelly” Francis, the head of the local NAACP chapter, he pointed to another lever outside the system: the courts (a strategy that the Journey for Justice Alliance and the Advancement Project is already using in Chicago, Newark and New Orleans. In Camden, Save Our Schools NJ has filed a complaint arguing that the opening of several new charter schools is illegal because of the lateness of the schools’ applications, and because they will be sharing space with other schools, not building their own facilities (the Urban Hope Act, through which these schools were created, makes that illegal).

Critics of this strategy will argue that Save Our Schools NJ is not actually opposing these schools because of space-sharing or late applications, and they will be right. But they will also miss the point. Save Our Schools NJ, and other Camden groups that are against the proposed changes, have already been marginalized and excluded. Camden’s state-appointed superintendent, Paymon Rouhanifard, called them a “small group of critics.” After being locked out of the Camden Board of Education meeting after the charters were announced, the citizens are attempting to find something, anything, that will tilt power back to the people.

Repurposing elections and looking to the courts have long been recognized as havens of the disenfranchised, but increasingly, in Camden and elsewhere, residents are also recognizing that they have everyday power. These institutions cannot work without their consent. The opt-out movement, blossoming in Long Island, has led the way on this front, with parents simply choosing not to have their kids take system-mandated Common Core tests.

When Camden students recently staged a school walk-out to protest the firing of more than 500 teachers and staff, the event was highly successful, garnering significant media attention. School only works if students (and teachers) are invested. When they decide, en masse, not to participate, it is impossible to police. That’s why the Camden School District decided not to punish the students, but instead the teachers. The school could punish students, but they couldn’t suspend all of them.

What happens if students decide to sit in, not walk out? If they decide not to try on standardized tests as a form of silent protest? Or, as is rumored in Camden, if families simply don’t sign up to send their children to these new “no excuses” charter schools? The system would fall apart.