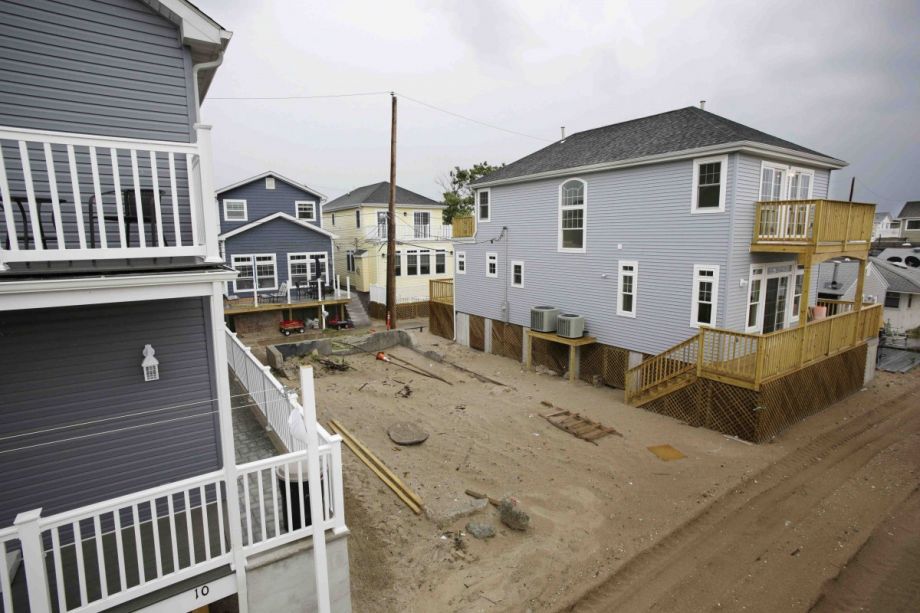 An empty lot in Breezy Point, Queens where a house damaged by Hurricane Sandy was demolished. (Photo by AP)

New York City knows that ensuring the long-term resilience of its housing stock is a heavy lift. In the reports, plans and legislation that have been produced since Hurricane Sandy, there have been plenty of nods to the challenges faced by building owners, from concerns about skyrocketing insurance rates to zoning impediments to the need for massive capital investments. But until now they’ve been a small piece of a larger puzzle.

A new report by New York University’s Furman Center for Real Estate and Public Policy puts those challenges front and center. By examining the real-world scenarios facing three multifamily buildings that were impacted by Sandy, the report’s authors uncover just how complicated life has become for thousands of multifamily building owners and residents, as well as policymakers.

“The majority of privately owned multifamily buildings in the floodplain have rents that are regulated through a subsidy program or through rent-stabilization laws,” Jessica Yager, policy director at the Furman Center, told Next City. “Thus, some resiliency measures, such as eliminating units below the predicted flood level, could result in the loss of thousands of units of affordable housing.”

“Even without the potential for a loss of units,” the report’s authors write, “a building’s location in the flood zone could also serve as a threat to affordability because of recent changes in flood-insurance rules. Properties in the 100-year floodplain face the difficult decision of making costly retrofit improvements, or facing skyrocketing flood insurance premiums in the coming years if their properties do not meet certain design standards.”

For insurance, not only are premiums set to drastically increase in the coming years, but also the way FEMA’s policies are written disallows incremental reductions for incremental improvements and prohibits some of the most cost-effective strategies for protecting vital mechanicals in residential buildings, like dry flood-proofing.

Repair costs, the report finds, are prohibitively high for many low- and middle-income multifamily buildings, which often operate with small profit margins and have strict rules governing rent increases or special assessments for major repairs. Such buildings are also unlikely to secure open-market loans to cover costly modifications.

The report makes recommendations to address each of these issues.

Matthew Hassett, communications director for the Center for NYC Neighborhoods praised the report. “The more attention that can be brought to these issues and the more refined the argument, the better,” he said. “New York is a leader nationally in terms of sounding the alarm, but this is something the rest of the country needs to start thinking about. It’s going to affect a lot of people.”

Yager agreed. “The decisions facing multifamily building owners are daunting and complicated,” she said, “and they impact the entire city.”