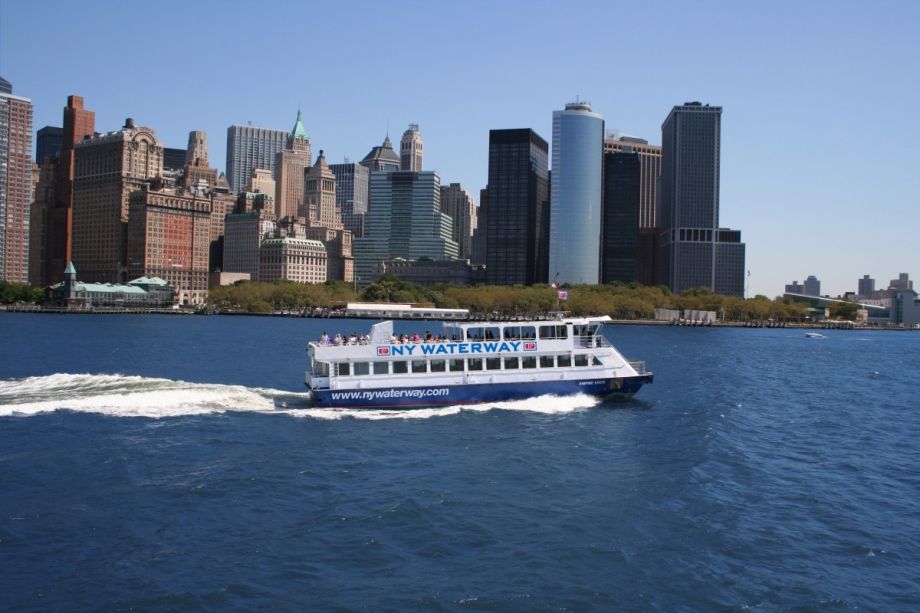 Last month, New York Waterway (NYW), a private ferry company operating out of ports in New York and New Jersey, announced that it will use a smart, Internet of Things-based platform built by Hitachi Data Systems to upgrade its security and efficiency.

NYW’s 35 ferries run from Governors Island to Wall Street, up to DUMBO, Williamsburg, and then crisscross the East River up to 34th Street. They also connect Midtown and Wall Street with various points along New Jersey. It is the largest privately owned ferry service in the U.S., with more than 8 million passengers a year. Most of NYW’s infrastructure projects are publicly funded with subsidies from the New York Department of Transportation, the Port Authority of New York and New Jersey, or the New York Economic Development Corporation. The Hitachi system will be almost entirely funded by FEMA port security grants with a small portion coming out of the NYW’s pocket.

Each NYW vessel will be equipped with surveillance cameras that have remotely-viewable live feeds; two wireless radios; GPS; information display monitors for passengers; a PA system; and sensors that collect data on ridership, weather, speed and direction, fuel use and maintenance needs.

There’s also an app component, which allows customers to buy tickets, view schedules, see route maps and track the NYW buses that take passengers to their ports. “In the past it has been a challenge to communicate real-time with passengers,” says NYW’s Jonathan Figueroa. The system provides alerts when there are emergency or schedules changes.

The back end of the Hitachi system — which NYW’s employees will access and make sense of the incoming data — provides a combination of video feeds, data streams from sensors, and also brings in external information from public safety systems such as AIS, which shows the locations of other boats on the water. There’s even a feed of social media and online news, which could help staff quickly spot anomalies happening in the city that might impact ferry service. The system’s workflow function allows NYW to program the system to automatically react to any phenomenon in the data. For example, if someone is on a dock at the wrong time, cameras can be redirected to follow and record that person.

NYW will also use the Hitachi system to manage maintenance and repairs, monitor fuel levels and consumption, and collect ridership data. The Coast Guard requires NYW to know exactly how many passengers are on their ferries at all times, and Figueroa is excited for this manual function to become automated. The company hopes staff time can be better spent as tasks like boarding counts become automated.

Fuel efficiency will improve as captains see their fuel levels in real time, allowing them to plan routes to refuel and hopefully get a feel for what affects fuel consumption. Additionally, maintenance will gain precision as sensors keep track of what pieces of the ferries need fixing up. “The data collected from the vessels means they only go in for maintenance when it’s necessary,” explains Molly Stein, a Hitachi spokesperson. “This saves time and money and keeps ferries available for service.”

The sensor-driven system is also intended to improve the ferries’ capacity to turn into emergency response vehicles. With the new program, explains Mark Jules, the vice president of public safety and visualization at Hitachi, “it’s easy to share data with other agencies so that they can respond as quickly and best as possible.” The company will offer quicker response times because managers will know the exact location of all of their vessels. Also, they will be able to share live video feeds with other agencies.

Jules says that in times of crisis, NYW plays an important role as an alternative mode of transportation when other options are down. In the aftermath of Hurricane Sandy, ferries shuttled workers handling recovery efforts between islands. In 2009, after a U.S. Airways plane made an emergency landing in the Hudson River, NYW ferries were used to rescue passengers. Hitachi’s system uses Verizon’s network, but also has its own backup network in case Verizon ever goes down.