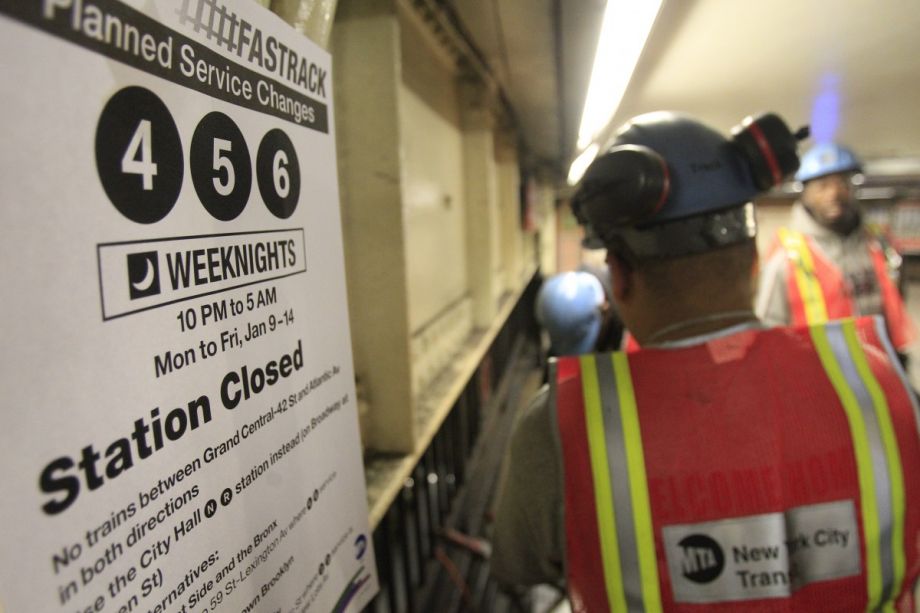 “Decades of underinvestment cannot be corrected overnight.” So wrote Andy Byford, the new president of MTA New York City Transit, in the introduction to the comprehensive plan for fixing New York’s ailing mass transit system he released on May 23. But, as the outline of the plan in Metro Report International makes clear, he intends to correct things as fast as he can.

The “Fast Forward” plan sets out goals for five and ten years from its start. MTA NYCT would meet this accelerated schedule in part through increased use of night and weekend closures of subway sections — stirring up nostalgic tributes among local media to the (temporary) end of 24-hour subway service in a city that prides itself in so offering it, and despite the fact that ongoing maintenance is already causing such interruptions as it is.

“As I said when my appointment was announced, what is needed isn’t mere tinkering, a few tweaks here and there,” Byford wrote in the introduction to the report. “What must happen is sustained investment on a massive scale if we are to deliver New Yorkers the service they deserve and the transit system this city and state need.” The exact total amount of that investment was not revealed in the report, but reports in local media estimate it to be $19 billion.

Malaysia Walks Away from Joint HSR Project with Singapore

“Costs too much, does too little.” Critics often level this charge at rail transit projects proposed in cities across the United States. Malaysia’s new prime minister, Mahathir Mohammad, joined this chorus after taking office when he announced May 28 that his government would no longer proceed with the already-in-progress high-speed rail line construction project to connect Kuala Lumpur with Singapore.

Specifically, the International Railway Journal reports, he phrased his objection this way: “It’s not beneficial. It’s going to cost us a huge sum of money. We’ll make no money at all from this arrangement. It is only a short track. It is only going to save people one hour by taking the HSR.”

Mahathir’s withdrawal from the project comes after the previous Malaysian government and the government of Singapore agreed to go forward with the project. Civil works contractors for the Malaysian section of the line had been chosen two months prior to the announcement.

Because the Malaysian and Singaporean governments had signed a legally binding agreement to build the line last December, Malaysia will likely have to compensate Singapore for canceling the project. Mahathir estimated that his government would have to pay Singapore 500 million ringgits (US$126 million) to extricate the country from the agreement.

The new Malaysian government is looking to reduce its commitment to major projects as a way to cut the government’s huge debt.

The designs of the five stations for Melbourne’s new Metro tunnel are no longer Victoria’s secret now that Rail Projects Victoria has released renderings for each of them.

The five stations, which will be located in Arden, Parkville, CBD North, CBD South and Domain, are being built along with the 9-km (5.6-mile) twin-bore tunnel by the Cross Yarra Partnership. The tunnel will add capacity to Melbourne’s regional rail network and relieve pressure on the busy City Loop subway beneath central Melbourne.

Along with renderings of the stations, Rail Projects Victoria released their official names. From north to south, they will be: North Melbourne, Parkville, State Library, Town Hall and Anzac. The Victorian state government received more than 50,000 suggestions from the public for station names, with names from “Game of Thrones” among the more popular suggestions. The existing North Melbourne station on the City Loop will be renamed West Melbourne.

You can read descriptions and view images of the five stations in Global Rail News’ report on the unveiling.

The first phase of the Chennai Metro project advanced further on May 25 when Indian and Tamil Nadu state government officials cut the ribbon on two new underground metro extensions in the Tamil Nadu state capital. According to a report in Metro Report International, the Blue Line was extended 4.8 kilometers (3 miles) northeast from Little Mount to AG-DMS, with four stations, and the Green Line was extended 2.6 kilometers (1.6 miles) east from Nehru Park to Central, with one intermediate station.

The International Railway Journal reports that the two extensions bring the total length of the two currently unconnected metro lines to 35.3 kilometers (21.9 miles). A total of 45 kilometers (28 miles) will be built during the first phase of Chennai Metro construction. Metro Report International states that the next segment to be completed will take the Blue Line north to Washermanpet; when it opens, Central will become the interchange point between the two lines.