Ferries Are Key to Future of New York Commuting – Next City

Ferries Are Key to Future of New York Commuting 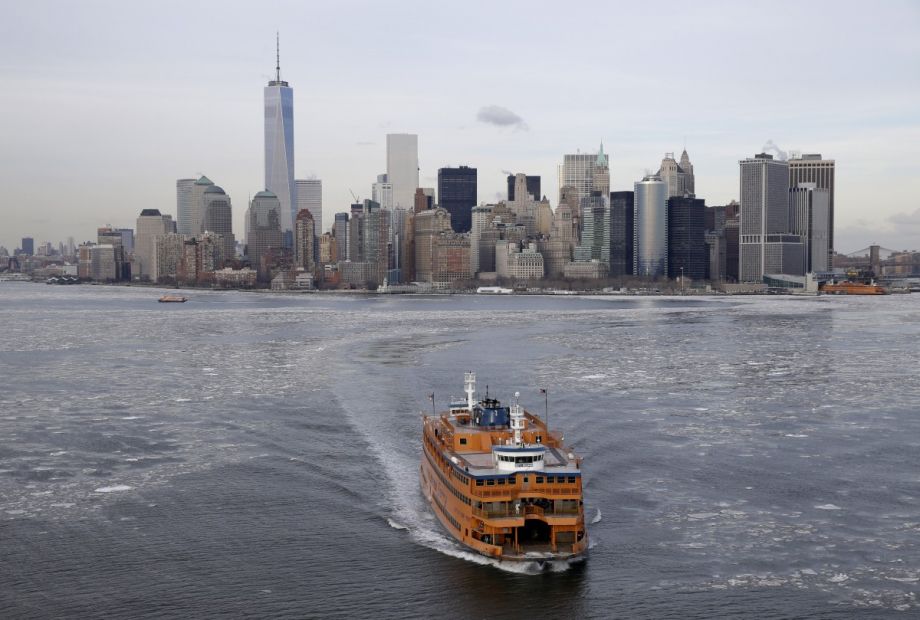 The Boston–Washington corridor is the nation’s most populous and economically productive mega-region, accounting for 20 percent of U.S. gross domestic product. If it were its own country, it would have the world’s fourth-largest economy. Critical to that economy is access to and through the island of Manhattan via tunnels under the Hudson River, yet train passengers traveling through them this summer were stranded multiple times on the tracks — for hours. Those people need no reminder that these vital arteries are corroded and dying.

The two North River Tunnels, as they are known, carry three times as many riders between Washington and New York as commercial airlines and 16 percent of Manhattan’s central business district workforce. In service since 1910 and operating at full capacity, the travel corridors have suffered from decades of neglect and deferred maintenance, exacerbated by saltwater flooding during Hurricane Sandy. Governor Christie’s halting of one solution already under construction, the Access to the Region’s Core commuter rail project, did not help. Now there is a significant likelihood of one or both tunnels becoming inoperable within several years; operating just one tunnel would reduce train capacity to one-quarter its current level. Amtrak’s proposed Gateway Program would refurbish both tunnels, double existing capacity, and take more than 10 years and up to $20 billion to complete. Yet it remains unfunded despite recent positive steps by Governors Christie and Cuomo.

How is the region planning for what seems to be inevitable? NJ Transit indicates that in the event of a sustained tunnel failure, one-third of today’s train passengers will switch to buses, one-third will take ferries and the rest will stay home. Putting aside the economic impact of a third of today’s rail commuters staying home, let’s consider the other two options: buses and ferries. Most new bus riders would travel to Manhattan via the Lincoln Tunnel to the Port Authority Bus Terminal. The prospect of adding more buses to stop-and-go tunnel traffic and a bus terminal bursting at the seams and suffering from its own neglect is alarming.

Ferries have proved their reliability, but must be more affordable to be a legitimate part of a solution. A typical monthly trans-Hudson ferry pass costs a commuter just over $300 — that’s nearly $4,000 a year. In other words, what planners describe as a critical piece of an interim trans-Hudson solution may be a non-starter for most people, proving an additional blow to a regional economy dependent on convenient and reasonably affordable transportation to Manhattan.

High ridership makes these subsidies competitive with other modes: The ERF per-ride subsidy is equivalent to that for New York City Transit (NYCT) buses, and both the ERF and the Staten Island Ferry per-ride subsidies are less than those for Long Island Rail Road and NYCT Express Buses. At $160, the ERF monthly pass is roughly half that of the unsubsidized trans-Hudson ferries. ERF has been so successful that in early 2015, Mayor Bill de Blasio announced Citywide Ferry Service, which will serve 13 new locations starting in 2017 — for the same $2.75 fare as the bus or subway.

Last week, amid a Port Authority board debate on whether or not to replace the city’s bus terminal, Vice Chair Scott Rechler suggested that expanded ferry service should be considered as part of a trans-Hudson transportation solution. And New Jersey State Senator Robert Gordon acknowledged a subsidized ferry system “could be implemented much more quickly” than building a new bus station.

How to pay for such a subsidy? One option: New Jersey’s gas tax, which is intended in part to fund mass transit, is one-third that of New York, Connecticut and Pennsylvania’s; polls indicate that over half of New Jersey voters would support an increase. Any new revenues raised should contribute to improvements to public transportation, and though the infrastructure for ferries is already in place, additional support would help significantly more riders be able to afford them. We should not wait for the tunnels to get worse. With subsidies in place, commuters can begin now to change their travel habits and offset the impact of future outages.

Ferries are no silver bullet, but with a small portion of a rational gas tax subsidizing their operations, they can be a key part of an interim solution for safely and efficiently moving commuters across the Hudson.

Douglas E. Adams, AICP, is chief operating officer at the New York-based Waterfront Alliance, a coalition of more than 800 organizations working together to bring about real change to the region’s waterways and 700 miles of shoreline.